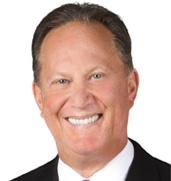 People First! Yes, that is that is the company slogan as well as the mantra for Scott Scherr and Ultimate Software’s success, growth, and, of course, popularity. It could not have been any other way for the company which is in the people’s business (so to say). And both the company and its leader fully deserve the plaudits coming their way. In every which way.

Scott Scherr has 99% approval rating of his employees for his industry on Glassdoor (Mark Zuckerberg of Facebook comes in 2nd at 95%) and his company a tad less at 95% (in terms of recommending it to a friend); the stock price has risen 1000 per cent in just a decade 2006 – 2016); and has grown to offer its services / solutions in 16 countries to 3200 clients. And has a valuation of USD $6 billion – while considerably less in the space it plies its trade in but the competition it is giving to the likes of ADP, Workday etc., continues to mount with each passing day. Would you deny someone, who has almost single-handedly been able to achieve all that, the chance to earn about USD $40 million a year as salary, just because no one else seems gets that much? You wouldn’t right. If you still have a doubt as to this aspect of Scherr story, then read on. We are sure, by the end of it you will as convinced as the board of directors of Ultimate Software of his true. As a matter of fact, the board increased his salary from about USD$2 million in 2010 to the current stage which is raking controversy in the investment circuits regarding the pay-scale practices at Ultimate.

Into it from the beginning…

Scott Scherr got into the people’s business (so to say) very early on in his life. In fact, he started his career in the family business. He worked for the small company, Management Statistics (Manhattan) founded by his father which was into many things but data processing for payroll and human resources transactions was the prominent one. It exactly here that young Scherr got inspiration or at least the seeds of the inspiration when he thought about the possibility if companies had the best human resources software possible. He thought it would be a better life, not to focus just on processing. That is where the fulcrum lay for him to found the company much later. These were precious insights so very early into his profession.

“I was the vice president of sales in Miami, but I didn’t like the culture, which was growth by numbers.” That is how he describes his exit as well as gives us a glimpse into what he thought was the culture at ADP (Automatic Data Processing, Inc.). Well, whatever be the circumstances at the time of his separation from ADP, he did learn a great deal of things there through the course of a decade-long career during which he rose through the ranks and became the vice-president of sales. That was to be his last role at ADP.

While the idea for a business in the people’s business germinated when Scherr was working for his father’s company, what really reinforced his view was the experience at ADP. Being in the industry for so long, Scherr strongly felt that businesses should have more choices for their human resource and payroll management—especially providers that could deliver great service and a great product with a dedicated focus on the HR industry and the people in it.

His goal really was to create a company with a sole focus on people management that truly takes care of its employees so they would in turn take care of the customers.It is precisely this thought and the commitment to serve businesses really well, Scott Scherr founded the Ultimate in 1990 right after he moved out of ADP. And in just 3 years i.e. 1993, the company released its first product called UltiPro HRMS / Payroll, which was sold as an on-premises software that met the service needs of core HR and payroll. Although it started as a partnership (The Ultimate Software Group) in 1990 with Scherr heralding it (general partner) as its president until it was dissolved in 1998.

He has been the CEO of the company since its 1998 when it went public (in just less than a decade since inception)and as we now know, has done reasonably well proven any doubt by the plaudits it got from leading magazines, research and analysis firms including FORTUNE, Forbes, Nucleus Research and Forrester Research:

The 23rd Great Workplace for Women

The 21st Best Company to Work For

Apart from this, the company also received many awards under the leadership of Scherr such as

If one wants to know how humungous the growth of Ultimate has been since it started, then here are the numbers:

The company has grown 25% every year

It took the company a decade-and-a-half (16 years to be precise) to get to a revenue of USD $ 100 million (which was the first goal the company had set itself starting out.

And finally now hovering around the $600 million USD mark

Let’s look at the other things that make Scott’s leadership and the company such darling of the markets:

Gives all employees equity when they're first hired with the opportunity to earn more based on performance.

("Commitment to employees and their families is unparalleled. Professionalism and delivery of superior service to customers is expected and delivered." one anonymous reviewer wrote on Glassdoor, the job & salary review site.)

One big factor in Ultimate’s and Scherr’s stellar performance was the recession of 2008, when large-scale downsizing was the order of the day. That presented a golden opportunity for Scherr to penetrate the market with Ultimate’s HCM solutions. That coupled with emphasis on excellent customer service (for the product) helped the company evolve.Along the way they had to rejig some of the strategies such as pricing especially with the pay-as-you-use concept gaining more traction among business users.

Consequently, they haven’t sold anything in a box since 2009. Even its licensing model is on the verge of disappearing with the company moving almost entirely to a monthly subscription service. That besides, it he has successfully overseen the development of new products in payroll, compensation, talent management and tax management. Scherr and Co. had set a goal of achieving revenue target of USD$ 1 billion by 2018, but one would feel it would be sometime to go in a $15 billion market that it lead by ADP.