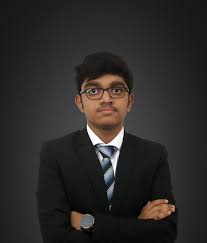 The 15-year old tech genius, who at his early age of six, started to use computers and at nine launched website and at his teen ages has been working with Google’s AI and Cloud Platform for almost quiet some time is Advait Thakur. Advait Thakur is crowned and titled as the Indian computer programmer and Teenage Internet entrepreneur. He has founded Apex Infosys India and is now serves as CEO.

It was in February 2015, that Advait has founded Apex Infosys India and is serving as the Founder and CEO. Advait founded Apex Business Solutions Digital Agency in the year 2015. Since March 2018, he is associated with Inbound Marketing Certified for HubSpot. Since October 2017, Advait has also been associated as Developer with Google Developers – Google Assistant Developer Community. Advait is also a Google Adwords Certified Professional from January 2018. Advait serves as the member for IBM DeveloperWorks, United States since March 2017. He has been a Youtube Partner for YouTube since May 2013 and served as Sr. Web Developer for freelancer.com for one year 2015-16. For about two years since March 2014, Advait was associated with XDA Developers as Senior Member.

Apex Infosys India provides Website-Hosting Services. Apex Business Solutions Digital Agency is an IT and Digital Marketing Agency, providing digital solutions for obtaining maximum business exposure and thus maximize and increase the sources of revenue. When Apex Infosys was started in 2015, it has only one company under its umbrella, the Apex Business Solutions. But now, it is partnered with many other leading companies.

Apex Business Solutions Digital Agency was initially meant for providing digital requirements from basic online Marketing and Social media marketing. Now it provides a wide range of services which are essential for the growth of the business. Apex Infosys India is a web development company which brings all the brands on the web. Advait aims to make Apex Business Solutions as No.1 Digital Agency in India, in near future. By making a difference, Advait wants to be seen himself amongst the top in the industry.

During his school days, Advait was working for an NGO, and helped them in getting more audience through online platform by providing digital marketing services for free. He earned his first earning of $400 in his childhood. At the age of fourteen, Advait has built an app “Technology Quiz”, for The Google Assistant which is very useful for kids to increase knowledge about science and Technology. Google team rewarded him by sending $2400, ($200 per month) for running the project and made him a part of the Google Developers Community. This proves as an incredible achievement for a fourteen year old child, who is very passionate about coding and it is largely self-taught.

Advait has also developed an app known as “Austin Awareness” for Google Assistant. This helps people in learning more about autism and the related disorders along with the symptoms. He is also working on the product which is mainly based on IOT, which is meant for providing solutions to the toughest problems. Advait also developed a personal assistant to control the IOT devices for voice commands by taking help with Google’s Open Source GRPC API.

Entrepreneurship is in his blood and with his hook towards Digital space, Advait Thakur has started Apex Business Solutions Digital Agency in the year 2015. Advait is the youngest Google, HubSpot and Microsoft certified professional. Advait always believes in building the company by equipping with the best talent backed up with the best possible technologies and providing the employees the opportunity to perform the best. Advait believe in excelling whatever venture that is being taken up.

Advait has strived hard since the inception of Apex Infosys India and lead the company to come a long way to create a unique identity for itself in the world of Internet. Now the company is in a position in providing services related to Website-Hosting and is an Accredited Domain Name Registrar.

One of the Indian computer programmer and teenage Internet entrepreneur is Advait Thakur. He is the founder and CEO of Apex Infosys India. At the early age of six, he started using computers. When his first website was launched, he was just nine years. Advait is the youngest HubSpot Inbound Certified professional. Google has certified Advait as Adwords, Analytics, Digital Sales and Mobile Sites professional. A programmer since the very early age of 11, Advait Thakur is one of the youngest entrepreneur and web developers in the world. Since childhood Advait is very passionate about Science and Technology.

Advait is the inspiration for Indian youth for whom entrepreneurship is running in their blood. In the coming years, for sure some youngest entrepreneurs of India will be getting into this list. Advait Thakur is Google Certified Adwords, Analytics, Digital Sales and Mobile Sites professional. The inspiration for Apex might be from Mark Zuckerberg as Advait believes him as his inspiration. For the work which he has done for the NGO named Satish Haware Divyang Centre & Beautiful Tomorrow Foundation, Advait was felicitated by the Cabinet Minister, Chief Justice, Hon. Rajkumar Badole.

He is born in 2003 and is fifteen years old. His parents are Dr. Chetana Patil and Ravindra Thakur. He is from D A V Public School, New Panvel. Advait’s parents, Dr. Chetana Patil works as a visiting faculty at University of Mumbai and Ravindra Thakur was formerly an Engineer and presently a businessman. Initially his father taught him about the Computer Basics and later started learning on coding by his own by taking the help of tutorials and forums.

• Advait has been ranked 4th in Young Entrepreneurs under 20 in the year 2017.

• In the year 2018, Advait was featured in The Startup India’s Top 10 Young Entrepreneurs in India.

• He was also identified one among the India’s Hottest Young Entrepreneur of 2018.