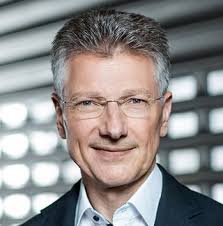 The career of Degenhart started long way back in the year 1993. His career started with ITT Automotive Europe, where he served on different executive positions. After five years of his association with the company, in 1998 he moved and was associated with Continental as the member of the executive board of the Continental Tevas AG & Co OHG. Later in 2004, he served as the chairman of the Chassis Systems Division for Robert Bosch GmbH. In 2005, he was associated with Keiper Recaro Group and was serving as the CEO. At the same time was serving as the chairman of the board of the parent company, Putsch GmbH. In 2008, he served as the automotive director of Schaeffler KG.

As the CEO of Continental, Degenhart is responsible for all the corporate communications, environment, quality, the global lean management program which is also termed as the Continental Business System and all other central functions related to the automotive group. The extension of the contract as CEO represents the confidence of the board and the company on his leadership and also reflects continuous profitable development of the company.

Degenhart has brought about many changes in the technology which has enabled Continental to anticipate and experience a major shift in the business. To accept and face the fast paced innovation in the vehicle software and connectivity, Degenhart has transformed Continental to react faster than ever and to encounter all the tough challenges along the way as well as the new opportunities.

Degenhart has prepared Continental to survive in the environment which is moving from a hardware-defined environment in automotive to the software-dominated environment. This Degenhart could do by creating more opportunities in the service sector which are related to software-business in comparison to the established business model, which is hardware-oriented. This would be in terms of safety, efficiency and comfort and the software standing behind as the intelligence. Degenhart has also acquired Elekrobit which is basically a software provider to most of the companies in the auto industry.

Under the leadership of Degenhart, Continental has created an entirely new business unit, Intelligence Transportation Systems. Degenhart feels that it would be a multi-billion-dollar market in the future and obviously Continental would like to have some share of it. Degenhart has realized that the swift changes in technology have led to prompting of the rapid product development in the automotive industry. As the industry is experiencing a profound transformation by embracing digitalization, Degenhart has led the company at the forefront such that company can easily shape the transformation.

Success under his leadership...

Degenhart has made valuable contribution towards the successful turnaround of the powertrain business of the Continental. Under the leadership, Degenhart has brought the Powertrain division of the company once again on the success track only after a long time since 2010 and now it has became on the leading suppliers in the industry. Degenhart has transformed and empowered Continental in tackling one of the largest organizational changes in the history of the company that will help Continental for its rapid, continuous and profitable growth and also providing opportunities which enable to exploit all the new business potential.

His vision for the future of Continental...

Degenhart has set the vision of the company which involves a lot of responsibilities and social obligations and threefold. The first and foremost is to develop efficient powertrain solutions. The next aspect is to make the car accidents as the events of the past. And the third one is to connectivity and the information to be obtained from cars, which can be made used by others and thus benefiting with respect to safety, efficiency and comfort. Degenhart opines that these objectives can be achieved as the company is well equipped to achieve the objectives. Some of such features are the continental’s eHorizon feature, Connected Energy Management. Degenhart is striving hard and is confident enough that he will be able to expand the strong and global position of the company in the next few years.

Degenhart also opines that autonomous driving will figure into the Continental’s future business plans. The driver assist systems which are meant for preventing accidents prove to be the first steps as they provide the base for the automatic driving functions and differentiate between automatic and autonomous driving. Automatic and autonomous driving will come in different steps and for each of the steps; the company will enhance the functionalities. The realistic estimation to make available the fully self-driving cars would be around 2025. Degenhart would like to do these steps in a safe, robust and in a reliable manner.

• The meaning of his very personal Name “Elmar” means famous.

• On the other hand, the meaning of his family name “Degenhart” means brave as a warrior or even a hero.

• Degenhart did his schooling from the University of Stuttgart and the university is considered famous in that particular region for automotive engineering, thus making it an excellent fit for Degenhart current career.

• In parallel to being the head of the Continental AG, Degenhart also serves as Head of Continental ITS (Intelligent Transportation Systems).

• Degenhart is a believer and follower of corporate social responsibility.

• Degenhart believes that there is a possibility that car accidents can be made as the thing of the past.

• Degenhart intends to use networking that helps people to drive better. Some of such examples are generating information about other vehicles and avoid collisions and the other is to gather information from the entire local infrastructure and generate useful advice for the improving the quality of driving.

• In 2015, Degenhart has been awarded by the Larmarsch Medal by the Leibniz University with regard to the performance and contribution of Degenhart in the reorientation and further development of Continental AG.