The impact of Demonetization across sectors

Demonetization is defined as the act of stripping a currency unit of its status as legal tender. Since the announcement of Demonetization, Indian economy has been fluctuating in terms of increase in Inflation, increased GDP rate and increase in the rate of imports and exports. It has impacted individuals, businesses and industries drastically. Major impact will be on common man with the sudden decision of currency withdrawal. Indian economy is depending on cash, as more than half population use banking system for monetary transactions. Economists say that the impact of demonetization will be more on consumer spending and economy growth. 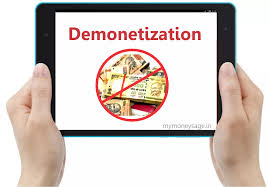 Demonetization impact on IT sector:

Companies across information tech sector BPO/KPO, consumer durable companies, IT hardware companies and automobile companies saw positive impact with demonetization. With the initiation of GST, the hardware sector expected to see a boom.

Hospitality and tourism sectors create more direct and indirect jobs in the country. There was a fall in hotels and services booking after the currency ban. The impact of demonetization is more on unorganized sector as they suffer more with the impact of demonetization. Textile industry also facing challenges as one fifth of the employees are daily wage earners, as they get paid in cash for their work. While and 20% of leather industry workers are also got affected with demonetization.

0 Comments on The impact of Demonetization across sectors