Attrition rate is high in first half of the FY 2016 as many employees move to the next generation companies where they will get opportunity to learn and work for newer skills. Generally, attrition rate will be high in April-June as many employees leaving after annual appraisals and for higher education. It is known fact that, during the April-June period employees will receive their annual appraisals and those not happy with their performance review or salary hikes look for better opportunities. City wise observation found that Bangalore (19%), Delhi (18%) and Chennai (15%) had the highest attrition in FY I 2016-17 followed by Mumbai with 14%. Kolkata (12%), Hyderabad (11%) had the lowest attrition. 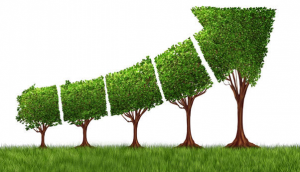 Attrition rate in India Inc remains at 16.3 per cent as it is increased from 5.9 per cent in 2015 to 7.3 per cent in 2016. The study found that in the services space, 19.3 per cent was the overall attrition. In manufacturing, 12.2 per cent was the overall attrition. According to the sources attrition will grow to 15-20 per cent and especially in sectors like IT, ITeS and industries like pharmaceuticals, FMCG, aviation, agriculture will have lesser attrition. Among them services sector saw an attrition rate of 19.3%, compared to 12.2% in manufacturing sectors such as Life Sciences, Media, and Consumer Products are expecting a higher salary hike than the market average. The attrition rate in India is at 16.3% which is lowest since the 2009 financial crisis. E-commerce and startups are worrying more about losing their mid level executives. Companies are struggling to retain mid level and senior level executives with new strategic initiatives. More than 30% mid-level employees at tech start-ups and e-commerce firms quit their jobs every year, according to a study. In managerial roles, the average attrition rate stands at around 10%. At the junior level, the average attrition rate is over 25% currently. Attrition rates are interlinked with the changing business models of the companies. Reasons for attrition include better pay; better career opportunities and need for work life balance across industries. Even the companies which are expected to see mergers and acquisitions can also see more exits in coming days.

Employees say the unpredictability of career progression and lack of a proper organizational structure also play key role in growing attrition. The other reasons including for lowest attrition rates going towards automation and depending less on human resources. Companies are offering long term incentive plans; strong performance based variable pay, and monetary / non monetary recognition awards to retain top talent. The higher attrition rates create better job opportunities in the contractual segment and the companies prefer to recruit more contractual employees. While employee expectations are going up companies are managing these higher expectations carefully with a larger proportion of budgets being allocated to higher performers. While, the traditional method of winning employees is that using motivation methods like pay rises, bonuses, and promotions. Employees look beyond the money factor like career growth, company culture, training aspects and others.

The other effective way to control attrition is providing good working conditions along with the career advancement opportunities in order to retain top talent. Over the past few months India's largest e-commerce companies Flipkart, Snap deal, Ola and Housing.com seen great turnover rates among senior and junior roles. However, IT services companies like Infosys, Wipro and TCS saw high attrition rates such as 21%, 16.5% and13.3% respectively. The above said companies are taking crucial steps to curb attrition by promoting employees, offering employee stock option plan (Esops),focusing on building a team of global professionals with diversity and multiple skill-sets and focusing on re-skilling employees and revamping its leadership development programmes. On the flip side when more people leave an organization, there would be more effect on the company's resources like recruitment expenses, training and orientation resources and the time. Higher attrition will always have direct impact on organization's hiring cost.