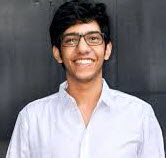 At the very early age of 13, Farrhad was able to catch the bug, borrowed $10 from his parents and was successful in building an online community which was related to the aviation and aero-modeling. That project was sold for $1200. Within no time he started and launched a business which mainly focused on web development, marketing, branding and advertising and named it as Rockstah Media with only $400. Soon the company has got national and international recognition and the success of Rockstah has Propelled Farrhad as the one of the youngest entrepreneurs in India.

It was in August 2009, that Farrhad has founded Rockstah Media. In 2018, Farrhad has also founded CYBERNETIV DIGITAL, which is mainly based in Mumbai, India. Farrhad serves on the Board of Directors of D Y Patil Edutech and on the advisory board of AIESEC in NMIMS Shirpur.

Farrhad has founded Rockstah Media. Rockstah Media is a web development satisfying the media needs of the clients. Rockstah offers the custom website designs that are top-of-the-line and also offer market sites and products right from the scratch to the sky, marketing services as well and thus prove to be a complete service station. This young entrepreneur opines that being noticed online adds value to the business. Creativity, confidence combined with Farrhad’s zest and passion has taken the company to the heights, with increased entrepreneurial velocity.

Many ventures have been initiated by Farrhad and each of his ventures has taken him to the next level or rather another level and all the appreciations left him humble. This has motivated Farrhad to offer his work under the name of the company. Farrhad also said that in future he is planning to diversify and scale up the business by producing Hindi language entertainment programs as well. Farrhad has developed an award winning team of designers, developers, consultants and market visionaries who all work for one goal – Creating Awesomeness.

Farrhad never sat on a single idea for a long time. If any idea strikes his mind, he acted on it immediately. According to him, business is all about taking the leap and it is only when you take the leap, you can be in a position to understand and think on what would be next. His larger vision has paved the way with skill and confidence. But the journey of thousand miles starts with the first and one step, which is the most important one. He has followed the words of his mom, who always taught Farrhad to not to copy anyone and always think of own things and move forward with that. Farrhad offers his employees with profit-sharing opportunities.

In spite of having a successful and growing company, Farrhad has yet decided to stay back in college. This is being educated always puts in safe place as business is always a risk. Education when put in business creates wonders in the business. Education helps in analyzing the challenges and deal with them. Even self education is also crucial as we learn from the glory and from our own failures. Formal education will definitely establish the foundation for life, but self-education is required for building a mansion on that foundation and entrepreneurship helps in doing so.

Farrhad describes his work as “We conceive, conceptualize, visualize and materialize the awesomeness of web”. His description of work best suits him as this is strongly backed by his youthful perspective and experience.

Farrhad is a proof and believes that when one is clear and know what to do for the rest of the life, success will follow for sure. The most difficult task of balancing the busy school life and the challenges of running an entrepreneurial venture has been carried out to perfection and this was possible only to the young talented Farrhad. Farrhad mentions that he could do this only with the support from his family and for which he is always thankful to. Farrhad believes in the concept that formal education will help in make a living, while self-education will help in making a fortune. Always try to follow other related knowledge in the industry. Farrhad says that his experience has taught him to check things twice before hiring people. Talk and listen to them carefully.

Since the launch of Rockstah Media, the cutting-edge company has devoted to web development, marketing, advertising and branding. In less than five years the company has built its own clients, full fledge team and expertise of developers, designers, and also the market strategists who have spread across the globe. As the CEO and founder, Farrhad is taking proper care of the clients and his guidance has leaded the creative team to achieve success.

At the early age of 16, Farrhad has decided and planned to continue running Rockstah Media and at the same time complete his graduation. Farrhad has constructed his own success with total confidence. He has put his vision to test, has always loved to conceptualize and demonstrate and was motivating team effort in creating awesomeness, which is the most essential goal for him. He always gets inspired by those who have the guts in giving shape to their vision. Farrhad never looked left or right, he always looked straight at the path that has been paved by him.

One of the most favorite quote of Farrhad Acidwalla is “Failures are the stepping stones to success”. Being an entrepreneur is passion, initiative and perseverance for Farrhad. Farrhad sees success in three words – Responsibility, accountability and Fun.

Farrhad Acidwalla has done his Bachelor of Commerce from H.R. College of Commerce and Economics. He knows English, Hindi, Marathi, Gujarati and Spanish.

His two cents for future entrepreneurs...

• Never hesitate when you stumble on an idea because lost time and opportunities will never come back.

• When the success is achieved early, do not let it to intoxicate you.

• One will learn from far more from the smallest failure than from the greatest success.

• One of the most important steps is taking initiative and which has to be backed up by intense dedication and hard work.

• Even if you get early success, that should not intoxicate you as there are still miles to go and a lot of things to do in life. Try to diversify and be innovative all the time. Never lose focus and get intoxicated with success.

• Farrhad has been featured on CNN, CNN-IBN, LiveMint, MSN.com, The Economic Times, The Times of India, Yahoo! Finance and many others.

• At the age of 27, Farrhad was featured in CNN which was a live interview.

• He was featured by MidDay and was identified as the 45th among the list of top users of Twitter in India.

• In 2011, Farrhad was featured by CNN Money and was ranked 5th on the list of young entrepreneurs.

• In 2012, IndiaTV has ranked Farrhad as 4th among the Most Promising Young Indian Entrepreneurs.

• In the Top 10 Best Dressed Male Entrepreneurs in India, featured by Yahoo! Lifestyle & MensXP, Farrhad was featured and was ranked 6th position. He was one among the most prominent people like Vijay Mallya, Shahrukh Khan.

• Also featured in the list of Top 10 Teenagers Who Built Million Dollar Companies.

• In 2015, Farrhad was featured in the Verve’s Fresh List GenNext achievers.

• In 2017, VOGUE India has featured Farrhad as one of the ‘Country’s smartest Gen Z-ers of the moment.

• In 2011, Silicon India has identified Farrhad among the 10 Teenagers who built the Million Dollar Company.

• VERVE’s Fresh List of GenNext achievers has identified Farrhad among the 25 Internet success stories aged 25 and under.