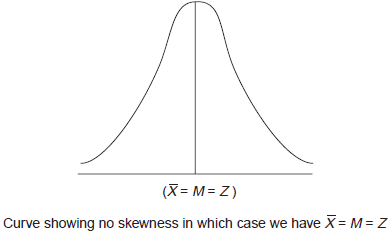 The measure of asymmetry shows the manner in which the items are clustered around the average. In a symmetrical distribution, the items show a perfect balance on either side of the mode, but in a skew distribution the balance is thrown to one side. The amount by which the balance exceeds on one side measures the skewness of the series. The difference between the mean, median or the mode provides an easy way of expressing skewness in a series. In case of positive skewness, we have Z < M < X and in case of negative skewness we have X < M < Z. Usually we measure skewness in this way:
Skewness = X – Z and its coefficient (j) is worked
In case Z is not well defined, then we work out skewness as under:
Skewness = 3( X – M) and its coefficient (j) is worked

The significance of skewness lies in the fact that through it one can study the formation of series and can have the idea about the shape of the curve, whether normal or otherwise, when the items of a given series are plotted on a graph. Kurtosis is the measure of flat-toppedness of a curve. A bell shaped curve or the normal curve is Mesokurtic because it is kurtic in the centre; but if the curve is relatively more peaked than the normal curve, it is called Leptokurtic whereas a curve is more flat than the normal curve, it is called Platykurtic. In brief, Kurtosis is the humpedness of the curve and points to the nature of distribution of items in the middle of a series. 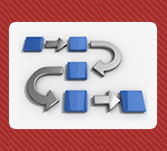