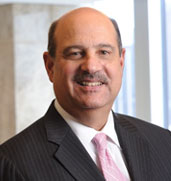 Leadership is the Norm, Not the Exception…

When we talk about the man of valor and courage who with his foresightedness has brought big chunks of profit to its company we can easily think of a name who rules the mind of corporate culture “Barry Salzberg”. Distinctive in his own name and place, he holds a place of high honor in the company by holding the post of global Chief Executive Officer of Deloitte Touche Tohmatsu Limited (DTTL).

His gesture can be well understood on observing that he favors the growth of young blood. He classifies the journey as find a mentor then be a mentor, brand yourself and pay it forward. Prior to his service with Deloitte, Barry Salzberg was a lead client serving partner and tax partner. He gains his acknowledgement and became the acknowledged authority in the field of personal tax and partnership tax matters.

Cynosure of everyone’s eye Barry Salzberg has always achieved heights and success in whatever he does. He has helped many clients in their personal and partnership tax matter. He is known as the merger and acquisition specialist and served personally CXO of many clients, helping them in coming out of the dilemma of personal tax and financial planning needs.

The year of 1953 saw the birth of one of the great corporate tycoon Barry Salzberg. An ardent follower of the Jewish religion and he belongs to the white race having the nationality of United States. He accomplished his basic school level education from Brooklyn Law School which paved the way for his future growth. This school molded his thoughts and gave him the insight of what he wishes to become in future.

After the school level he moved ahead and put his foot in the campus of Brooklyn College to gain his bachelor’s degree of BA accounting in the year 1974. This time and degree provided shape to his thoughts and filled colors in them by making them colorful. This enhanced in him the influx of courage and determination to achieve the new heights of success.

After grads he entered the New York University School of Law in the year 1981 where he attained his master’s degree. This phase gave him the courage to transform his thoughts a tangible form. Education played a major role in the framing his career. Therefore this is the essential reason as to why he lays more emphasis on the educational qualification of the students. His numerous contributions in this regard can be counted as examples of those.

He is also known for his commitment towards education, building opportunity for the upcoming generations. The zeal and enthusiasm he carries made him a totally different and dignified persona in the corporate field. Students and other professionals look up to him as their mentor and guide.

His Career Journey with Deloitte

Barry Salzberg has begun his career by serving Deloitte Touche. Barry joined Deloitte in 1977 and was admitted as partner in 1985. He has since built an impressive record through a variety of leadership roles including Tri-State Group Managing Partner from 1996-1999 and National Tax Deputy Managing Partner from 1999-2000. In 2000, he assumed full leadership of the Deloitte Tax LLP practice, which included regional responsibility for the Americas tax practice. During Barry’s three-year tenure, the national Deloitte Tax practice increased its market share significantly, moving from 4th position to 1st, and received numerous awards and citations.

His continuous service for this organization has made large contributions in generating rather increasing the revenue for the organization. He has spent his entire career of 34 years in one place climbing the corporate ladder at Deloitte. He frames his thought by saying that leadership should be flat. As mentioned above Barry Salzberg worked with Deloitte as an advisor solving the dilemma of his clients by guiding them in tax queries. Counting upon his success factor he has a rich experience of 34 golden years. His incredible and impeccable dedication towards his role and organization provides him a dice where he holds discretion at his point.

He assumed this position on June 1, 2011 and guides the executives and other leaders by setting a strategic course of action. Before assuming this dignified role of chief executive officer Barry Salzberg served as Chief Executive Officer at Deloitte LLP. His foresightedness and the effective planning followed by effective implementation of the planning have made wonders happen.

The Innovative and Inspiring leader of Deloitte

Market knows him for his dedication, commitment, diversification of thoughts in varied fields and encouraging the young lot to enter the corporate world and become a corporate saga themselves. His endless contributions in the field of education and corporate social responsibility has brought name and fame for him and added stars in the name of his designation. He is also serving in the board of member thereby leading to enhance the strategic goals of the firm.

Strategies, coordination, risk aversion can be named as a few bright sides of his personality. Every name in the corporate gets linked with controversy. But if take a stroll on his overall career path he has never been a part of any controversy. In spite of working and related to financial sector he worked as the risk averter and gained success in every work he did. Pooling in the diversified sector Deloitte has emerged as a name on whose service people rely rather confidently rely. Aiming on the high personification this dignified persona has turned every bit of coal into diamonds.

After having learned from the lessons of the previous recessions, Barry Salzberg has kept his leaders focused on the organization’s long term health. He also took advantage of the economic conditions to make bold acquisitions by leading to a transaction of purchase of assets.

His foresightedness, risk averter, long term relationship and his sense of responsibility towards the environment, society and organization as a whole provides him with an edge on his other competitors present in the corporate sector. Diversifying with various skills and diving into the pool of knowledge and alternative solutions available he has given Deloitte a total new stand and a new image.

He is better described as a man who has the capability to turn the tables and make wonders happen with his magic wand of thinking. His rich experience has also added flavor in his working style. The aroma of his works and results speak for him and he does not need to describe himself.

Simply doing the strategic planning is not the ultimate achievement of Barry Salzberg. He has contributed effectively in the CSR on behalf of the organization. As per the thoughts and his working style it is explicitly clear that Barry Salzberg gives equal and due importance towards the environment and society. His working and planning demonstrates his thinking pattern and this again makes him different from the crowd.

He is married to Evelyn F and blessed with two children.