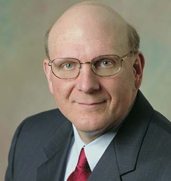 Steve Ballmer’s rise is yet another shining example of how a man with humble beginnings scaled the heights of success to become the boss of one of the most valued successful and viciously competitive companies of any era in the world. It is also very interesting how Ballmer could come out of the huge and ever-lingering shadow of his prodigal boss, Bill Gates, under whose guidance and vision had become such a fantastic success. Ballmer was able to create an identity of his yet without ever drifting away from the vision of Gates or the fabric of Microsoft, and, for all the hard work, perseverance, and loyalty towards Microsoft, he is one of the richest persons in the technology world with an estimated wealth of around $15 billion (including stocks). He was the first business manager hired by Gates for the then tech pioneer.

Steve Ballmer was born and grew up in the suburbs of Detroit, Farmington Hills (MI) to a Swiss immigrant, Henry Ballmer, who worked as a manager in the Ford Motor Company. He attended preparatory school in Beverly Hills, Michigan, with a perfect score of 800 on the mathematical section of the SAT. In 1977, he graduated from Harvard University with an A.B. in mathematics and economics.

He happened to run into Gates at Harvard, and the association that started as college mates and a mere acquaintance has, over the years, grown into one where Gates was confident enough that this man is the right one to lead the company forward once he (Gates) steps aside from the supervision of its day-to-day functioning.

After graduation, Ballmer joined Procter & Gamble as an assistant product manager (assistant brand manager for products like Duncan Hines brownie mix) in which position he worked for two years. By this time, as we all know, the whiz-kid Gates had co-founded Microsoft and it had just begun to spread its wings in the world of computers. There were already about two-dozens of so techies that Gates had been able to gather, so the work part was well covered, so to say. But, when it came to managing the business aspect of it all, Gates realized he needed to bring in someone who understood both, his and the company’s vision in order to make it a very success and sustainable business enterprise.

So, he convinced Ballmer of the vision and what lay in store for him if they joined hands. Ballmer was able to align with this vision that Gates presented and quit Procter & Gamble to join Microsoft in 1980 as its first business manager.

Ballmer had joined Stanford University but quit mid-way as a life in the tech-world beckoned, with the ever-inspiring figure of Gates to egg him on, because it was clear to Gates Ballmer’s skills would be absolutely essential to Microsoft’s success. Ballmer also spent two years in elementary school in Brussels.

Ballmer was initially offered a salary of $50,000 as well as a percentage of ownership of the company – which was a great start by any standards in those days. Further, when Microsoft was incorporated in 1981, Ballmer owned 8 percent of the company. Ballmer sold 8.3% of his shareholdings, leaving him with a 4% stake in the company in 2003. The same year, Ballmer replaced Microsoft's employee stock options program.

Blessed with a fundamentally sound judgment, intelligence, persistence and underlying pragmatism, Ballmer has proved to be a great leader who’s capable of listening and hearing things that are not the way he wished. He has the tools.

All this happened much later. Initially though, during his early leadership positions, it wasn’t easy for Ballmer to push Microsoft outside its traditional comfort zone. One of the reasons being Microsoft was slow to invest in the market for software linking PCs in office networks in the 1980s and early 90's because the business looked very different from the market for desktop PC software. It was this phase of hesitation from Microsoft that, perhaps, allowed Novell to get a big early lead in the PC networking software market.

In what could be termed as one of his first, and perhaps, only biggest test of decision-making ability, he proved that a leader doesn’t necessarily have to say / tell always. He could do well for a company even by just listening. This happened when he became president of Microsoft in 1998. After managing product divisions and sales worldwide, Ballmer was of the view that Microsoft was in too many businesses such in the hardware business, making computer keyboards and mice. This was perhaps one of the few miscalculations of Ballmer – of course the company didn’t have to pay for it because Ballmer had the courage to listen to people who talked him out of jettisoning hardware. The expertise that Microsoft gleaned from that business made it easier later for the company to develop other promising hardware products, like Xbox and Zune.

One thing that observers believe to be common among Gates and Ballmer was their view at the highest level of what the company needs to do to succeed: hire great people, make big bets and take the long view and be patient where they thought there were the greatest opportunities. And their association has hinged, more or less, on the concurrence of this sense of purpose.

Ballmer headed several Microsoft divisions, including operations, operating systems development, and sales and support. From February 1992 onwards he was Executive Vice President, Sales and Support. He was then President of Microsoft from July 1998 to February 2001. Ballmer led Microsoft's development of the .NET Framework.

Ballmer was officially named Chief Executive Officer in January 2000, in which role he handled company finances, while Gates remained chairman of the board and still retained control of the "technological vision" as chief software architect. And, when Gates relinquished day-to-day activities after he stepped down as chief software architect in 2006 (while staying on as chairman), it gave Ballmer the autonomy needed to make major management changes at Microsoft.

Ballmer's tenure as CEO of Microsoft has been impressive in terms of numbers – at least he has been able to strengthen Microsoft’s historical strong-holds of Windows and Office businesses. Its annual revenue surged from $25 billion to $70 billion, while its net income doubled to $23 billion. That besides Ballmer also built new businesses such as the data centers division ($6.6 billion in profit for 2011) and the Xbox entertainment and devices division ($8.9 billion).

It is being said that ever since Bill Gates retired, Ballmer has ushered in a dramatic shift away from the company’s PC-first heritage, replacing most major division heads in order to break down the "talent-hoarding fiefdoms," prompting one business mag to quote that the company now had "arguably the best product lineup in its history.”

Ballmer has also been instrumental in driving Microsoft’s cloud computing strategy. Acquisitions such as Skype and others and the company’s existing line-up of products besides a coordinated marketing blitz around its Surface tablets advertising its Metro mobile interface, have really put the company back in the people’s mind as being much more cooler now than it was a little while ago when competition seemed to have left it far behind.

Like all leaders, Ballmer has also had his share of hick-ups and blips. For long he had been criticized for Microsoft's share price which has been stagnant during his tenure, as well as failing to capitalize on several new consumer technologies - by steering Microsoft out of some of the fastest growing and most lucrative tech markets (mobile music, handsets and tablets).

In any case, it has to be said that Ballmer had done everything he could to justify the faith put in him by Gates as indeed by Microsoft followers. He has been able to create his own place with his persona: he is known for his energetic and energetic persona, which is meant to motivate employees and partners. His flamboyant stage appearances at Microsoft events are widely circulated on the Internet as viral videos. While there already seems to be a list of potential successors to Ballmer as Microsoft CEO, Ballmer is least worried of and continues to go about his business as usual.

Ballmer is married to Connie Snyder, and the couple has three sons