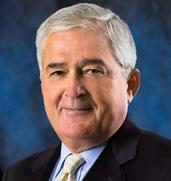 The Corporate Epic of Turnaround........

Louis Gerstnertook charge as CEO of IBM in April 1993. After a long time of contradiction of thoughts, the only reason behind taking up the challenge of leading IBM was that “He owed to his country” and giant technology like IBM was nation’s treasure.  There began an illustrated example of a non technical leader directing a technology giant.

When Gerstner took charge as CEO in 1993; IBM reported losses of $8.1bn against $62.7bn revenue. The stock price of IBM fell from highest $43 to $12.The company was running out of money at an alarming rate and the funds left in hand were sufficient to run IBM for only 100 days. Adding on to the financial crisis; were its peaking beaurocracy, aggravated and tough to change culture and cumbersome work processes. IBM was almost at the verge of collapse. What all was needed at that time was a strong leader who would initiate change.

Had there not been a company like IBM and a leader like Gerstner; we would not have got a chance to watch, live step by step execution of leadership and a real transformation of a company.  Gerstner strongly believed that “Knowledge taken to grave yard is the knowledge lost”. He therefore shared his experiences at IBM through a memoir called “Who told elephants can’t dance?” This book tells Gerstner’s entry to exit story in IBM. I bet this book inspires all the leaders from the gut. This book about the dramatic turnaround of IBM by Gerstner; remained an all time epic in the corporate history.
Gerstner did thorough analysis of IBM, worked out different strategies, structural reengineering brought about required cultural changes and reformed the company;which resulted in dramatic turnaround of IBM.In 1994, IBM earned $2.9 billion on $64.1 bn in sales and this trend continued. In the first half of 2001 , IBM earned $3.8 bn on $42.6 bn in sales and  IBM's stock rose 34 percent ;with stock price of$108.After a decade of Gerstner’s leadership; IBM emerged as leader and made its way into headlines.Gerstner left IBM in 2002 ,with Palmisano as his successor.

Career graph
After emerging out from Harvard in 1965 at a very tender age of 23 Gerstner started his career in Mckinsey & company at New York and took up his initial responsibility of conducting executive compensation study. He put forth his efforts in Mckinsey for 9yrs and advanced to the level of Sr.partner there. In Mckinsey he expanded his mind in “detailed process of understanding the underpinnings (deep analysis) of a company”. Gerstner was no more interested in being a person; who reports to another person. So, he wanted to sit in a chair of decision maker.

In 1977, he joined in American Express in Travel Related services; which dealt with American Express Cards, Traveler’s cheques and Travel related business. He stayed there eleven years. In American express he developed “a sense of the strategic value of information technology”.

In 1989 he left American Express to accept an offer at RJR Nabisco, a huge packaged- goods company. There he managed extraordinarily complex and over burdened balance sheet. He left the company after 4yrs with great experience and appreciation of “importance of cash in corporate performance. “free flow of cash” as the single most important measure of corporate soundness and performance”.

With his profound learning and long experience in various business environments for 24yrs; Gerstner walked in as CEO of giant technology IBM in 1993.At that time IBM was fully shattered and was at the verge of extinction. Gerstner used all his prior experiences; took various steps to bring about dramatic turnaround of IBM. He succeeded in making the big Elephant IBM to dance. The decade of his leadership ended in 2002.