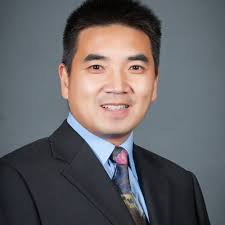 Eric S Yuan is a named inventor on 11 issued and 20 pending patents for the collaborations, which happen in real time. The exceptional leadership of Eric is reflected by his winning of the Glassdoor Top CEO award. The focus on care about the community, company, customer, product, teammates and self is what energizes Eric. The perfectionism of Eric is reflected in his creation of the plan from the start in building Zoom without any corrections for the first time itself. Creating happiness on the journey of business is what defines Eric’s style of doing business. The management style of Eric is greatly influenced by the former CEO of Walmart, H. Lee Scott. As a Founding Engineer of WebEx, Eric has developed the first several generations of the WebEx products. Eric uses happiness to overcome Adversity.

It was in 1997, that Eric reached Silicon Valley and has joined WebEx, which was at that time a collaboration company. When Cisco acquired WebEx in 2007, Eric was became Cisco’s Corporate VP Engineering and was responsible for collaboration software. As Corporate Vice President of Engineering at Cisco, and was responsible for Cisco’s collaboration software development. He was also associated as Adviser at Affectiva Inc. The very idea of Zoom was envisioned by Eric when he had to travel a ten-hour train journey to meet his girlfriend, on a regular basis. Those rides were used by him for his imagination and made his daydreams turn out as the basis for Zoom. Eric’s visa for US was continuously rejected for eight times and finally on his ninth try, he could get his visa.

His interactions with the customers, made him learn that customers were not happy with the collaboration solutions. This made him decide to come up with his imagination video communication solution. He launched Zoom platform in 2012 with 40 fellow engineers. Zoom is an enterprise-grade, affordable, all-in-one platform which provides services for video, audio and web conferencing, and also I/M presence. This platform works on mobile devices, desktop devices and also in the conference rooms. The main intention of Eric by Zoom is to provide a better way for communication with regard to either audio or chat of mails without any geographical barriers.

Eric has also brought a cultural change at Zoom, by creating a culture for delivering happiness for which the self-motivated and dedicated employees are being identified. Also a Chief Happiness Officer is being identified who is responsible for running a volunteer team which is known as Happiness Crew. This crew is mainly into organizing events and activities which help in promoting the culture of happiness.

For the Chinese immigrant turned as the top CEO working hard has been a hallmark of his leadership journey. For Eric, working hard was the only thing which was known better than his competitors. It is this unwavering dedication that lead to the success of Zoom, employees, customers and has earned him the top position on Glassdoor.

The platform of Glassdoor is used by Eric for recruiting and keeping the finger on the pulse of both company culture and candidate experience. It was always the goal of Eric to put the failure front and center to help the aspiring entrepreneurs for getting a bit of backstage pass for some of the well respected entrepreneurs of America.

The leadership style of Eric is mostly influenced by the Walmart’s former CEO H Lee Scott Jr. The most influential and favorite concepts of leadership by which Eric inspired –.

• Anything which is said for the first time is most of the times misunderstood or ignored.

• One of the rare talents is the ability to give honest and constructive feedback.

• Most helpful voices to hear would be the harshest critics.

The passion of Eric towards the business reaffirms him towards doing the right things and this involves asking himself the important things. This self-assessment is one of his styles of working towards business success.

• Whether the strengths are fully utilized.

• Whether the weaknesses are properly delegated.

• Whether he would work hard and justify his work for the day.

• Whether the teammates are properly taken care.

• Whether he is taking proper care about the company and whether his actions communicate the same.

• Whether Eric is concentrating on the relevance of product and service in changing the world.

The lessons learned from his memorable failures...

• There will always be a risk, take action and just do.

• Hard work pays off, only thing required is patience.

• Always try to bring value to the society, community and to the world.

• Never criticize the team in public.

Eric says that spending time with his kids makes him fully charged and which really motivates him. Focus on only one thing which matters at that point of time and not being multitasking is the go-productivity hack of Eric. The company value in terms of Eric is only one word, ‘Care’. The five important things that really matter for him are care about the community, customer, company, teammates and us.

Eric does not focus on the balance between work and personal life. Whatever he does, he enjoys. Work is his passion and round the clock he loves to communicate with the team. Any type of obstacles at work can be overcome, only when a trusting relationship is maintained. Zoom helps businesses and organizations for bringing the teams together in the frictionless environment for getting more things done.

The 14 years of hard work at WebEx and Cisco has made Eric face many unhappy customers. The investments which he has received are only on the basis of trust as they don’t even know what exactly the business is about. Eric maintained personal relationships with the investors rather than financial relations, which helped him out in building trust in their minds and was given ample time for the development of the product.

Growth under his leadership...

Within a very short span of five years from the start of Zoom platform, the company has hosted around 20 billion annual meeting minutes and the customer base has almost captured 1/3 of the Fortune 500 covering 90% of the top 200 US universities. The team of Eric has grown up to more than 800 worldwide and revenue has grown from scratch to $800 M. Eric has used the success of Zoom as a solution to bring goodness to the world by reducing isolation and increasing the team cohesion and by being as an organization.

From zero customers in 2013, Eric made Zoom to grow virally and presently Zoom under the leadership of Eric has hosted about 20 billion annualized meeting minutes and is ranked 18 on the Forbes Cloud 100.

Eric has learned many invaluable lessons from the customer experiences. Eric opines that it is very important to listen to the customers in real-time and the inputs of the customers should be taken to heart. According to Eric, success cannot be achieved without the happiness of the customers. Eric at Zoom has a zero tolerance for the lack of integrity. Building strong relationships first is the most unconventional way which will help in making a memorable deal and which make success turn in the right direction.

Eric has completed his EMBA from Stanford Graduate School of Business.