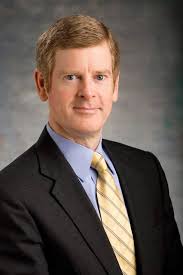 David Taylor has held different positions of increasing importance across different businesses and regions and Taylor is responsible for bringing vast International, Marketing and Consumer Industry and Retail experience for P&G, by his significant leadership, Risk management skills and Strategy. Enormous knowledge has enabled Taylor for providing valuable insight and leadership for P&G. By carrying 37 years of experience, David Taylor and his leadership has driven towards the transformation of P&G into a sustainable company with balanced growth and with great value creation.

Immediately after his graduation, Taylor has joined Procter & Gamble and as associated as production manager. For about a decade, Taylor was managing the production and operations of different plants spread across wide areas and later on were responsible for the Pennsylvania manufacturing unit. This made him acquainted with enough understanding of different supply chain operations, logistics and manufacturing. Later on Taylor was associated with the brand management division and then his first brand was Pampers which turned out to be huge success and largest brand. Then he was made responsible for many leadership roles in different businesses of Procter & Gamble like Hair care, baby care, and family care.

Taylor was the person who spread the business across different countries like North America, Europe and Asia. For almost four years, Taylor has also led the Greater China hair care business for P&G. Later Taylor was associated as Group President for Beauty sector and Grooming and Health Care sector of P&G and some of the brands which were introduced under him are Vicks, Pantene, Head & Shoulders, Olay, Oral – B and Crest.

In addition to Taylor serving P&G, he also served as director for the joint venture of P&G and Clorox. He also served on many Boards and also is a member of the Board of Visitors at Fuqua Scholl of Business, Duke University. Taylor has almost 25 years of experience which include more than five years outside US.

Taylor takes good advices and always proves to be a great leader, as great leaders are also great advice takers. He always constructs an advice network prior to the need arises and always ensures that he listens carefully. He is great leader who can handle smoothly all the important strategic, operational and organizational problems.

Taylor opines that in order to restart the revenue growth of the company, an organization should get back to making consumers aware of the products and communicate the benefits.

Taylor initiated the activity system, which he opines will help in restoring the market share growth which is necessary for the forward movement of the company. Taylor has made some steps in the right direction, by focusing more on innovation and thus increases the online presence. Taylor has commented on cutting the marketing budget and to go far enough for getting back to growth.

Taylor has joined P&G in 1980 and since then he held numerous positions with increased responsibilities in different countries such as North America, Europe and Asia. Taylor virtually participated in most of the core businesses and always played a key role for designing and developing of the portfolio optimization strategy. Taylor maintained good relations with the investors of the company and hence, investors supported the strategy of the company only because of Taylor.

Prior to 2015, the value of shares completely fell down but once Taylor took over the leadership in 2015, P&G has sought to stem the share value and market share losses by concentrating more on research and development by simplifying the corporate structure. Taylor wanted the company to focus on millennial brands but not at the cost of the core brands. Taylor runs over the risks of falling behind early and the fear of getting into the control rhythm.

There is a lot to be gained from the contribution of Taylor towards P&G, from leading a complete, honest and knowledgeable leader. Taylor opines that the relationship that is being displayed to the organization is very essential. It’s only with great experience to think of the great CEO without any help. Finding the right person for listening and taking care of the first step is very essential but the process should not be stopped there.

Taylor has restructured the P&G’s plan by cutting costs and reinvesting the savings into the business which lead to growth in sales and thus in profits. To take up this strategy to work, Taylor has struggled a lot for growing the left out business. One more bold decision taken was to trim the jobs for about 1400 jobs. The advertisement expenses were also cut. Taylor continued to drive the productivity improvement in order to lower the cost and thus generate profits.

Taylor during all his tenure at P&G has doubled the efficiency drive and thus promising on the cost cuts and thus by 2021, has set a target to save $10 billion. Taylor is aware that this would be possible only if the supply chain is overhauled and by upgrading the factories and taking closure decisions for the small and old/ outdated factories.

Taylor opines that P&G has provided him the way by encouraging him to dream big, to take risks and learn and grow from the failures and at the end to share and celebrate the success.

Taylor was always passionate about was to fight hunger and help in fighting hunger and thus was very excited in Joining Feeding America. He was associated with Feeding America for about eight years and serve as a leader. The positive impact that many of the hunger relief programs have on communities, have made Taylor to accept the board position for Freestore Foodbank. He worked tirelessly and with great dedication for Freestore Foodbank as he was very much impressed by the organization which is meant for helping others. Taylor also loves to support Catalyst as they mainly focus on work on the women empowerment and gender equality. Taylor was never a part of the cadre of executives from P&G. Taylor always preferred to be behind the scene.

There are a wide range of opinions regarding his performance, and it is believed that he is moving in the right direction but a conservative pace.

• Taylor stands as an excellent example of rising as a CEO from a plant manager within the same company unlike others who move from company to company rising higher each time.

• When he became the CEO and president in 2015, he remained a sort of dark house for some time and he hardly appeared in interviews and was less involved with the media.

• Taylor during his tenure has always seen his fair share of failures. Taylor is known as a person who protects people taking risks but do not necessarily find total and unqualified success along with the risk-taking.

• His journey was not a cake walk; he has to taste many failures. This made him the champion of risk taking.

• He has achieved plenty of success, and had steady wins as the falling tide sinks other boats.

• He was the most lovable leader as he was not a command and control guy.

• Taylor always believed in the concept of doing the right things in a faster rate and in the right way.

Some of the major challenges faced by Taylor are raising interest rates and a broader investor sell-off of shares in consumer product manufacturers.