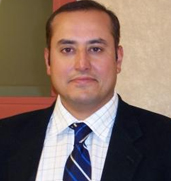 One of the Co-founders

Sabeer Bhatia: One of the Co-founders of Hotmail
The man in this photograph needs no introduction, Indian born IT giant, the co-founder of Hotmail (one of the world’s largest e-mail provider with over 369 million registered users). Sabeer Bhatia is also known for his other business ventures and associations.

Early Days
Sabeer Bhatia was born on 30th December 1969 at Chandigarh. He comes from a middle class background. His father was an army officer and his mother worked for Central Bank of India. Sabeer Bhatia had his earlier schooling at Bishop Cotton's School in Pune and later on at St Joseph's College in Bangalore. After passing out from school he joined the Birla Institute of Technology (BITS) at Pilani. At Pilani, he qualified to try for a transfer scholarship at Cal Tech, considered to be the world's most competitive scholarship. Sabeer Bhatia was the only applicant in the entire world in 1988 to get a passing score of 62.

After his graduation from Caltech, Sabeer Bhatia went to Stanford University in 1989 to pursue his M.S. in Electrical Engineering. At Stanford, Sabeer Bhatia worked on ‘Ultra Low Power VLSI Design’.

Eventually, during his stay at Stanford, Sabeer Bhatia got inspired by entrepreneurs such as Steve Jobs and Scott McNealy and decided to become one himself. He would have pursued a Ph.D. after his Masters, Sabeer Bhatia decided to join Apple in 1991.

He worked for a short period in Apple, and then he joined a startup company called ‘Firepower Systems Inc’, where he spent two years successfully. In 1994, Sabeer Bhatia started working on innovative ideas on the Internet and started a team in association with Jack Smith, a colleague from Apple Computer, Inc. Both came up with the concept of a web – based database entitled ‘Javasoft’.

Birth of the Spark

One day Smith called Bhatia with an intriguing notion. “Why not add e-mail to Javasoft” was his idea. It was a small leap with revolutionary consequences access to e-mail from any computer, anywhere on the planet.

This was that rare thing, an idea so simple, so obvious; it was hard to believe no one had thought of it before. Bhatia saw the potential and panicked that someone would steal the idea. He sat up all night writing the business plan. Then they wrote down all variations of mail - Speedmail, Hypermail, Supermail. Hotmail made perfect sense: it included the letters "html" - the programming language used to write Web pages. Things started moving in a new direction.

A brand name was born. Bhatia had $6,000 in his kitty. It was time to find investors. Drive through San Francisco today and every other billboard touts some Internet company. Four years went on very hard for Bhatia.

Few people believed the Net was real. They thought it was a fad, like CB radio. By the time he reached the offices of venture capitalists Draper Fisher Jurvetson, 19 doors had slammed behind him. Steve Jurvetson and his colleagues quickly saw the potential and put up $300,000 as investment.

Bhatia and Smith stretched all the money they had, the launch day was July 4, 1996. By year-end they were greeting their millionth customer. When Microsoft came to buy the brand, 12 months later, they'd signed up nearly 10 million users. But what were 10 million subscribers worth? Microsoft offered $106 million.

Bhatia polled his investors. Doug Carlisle, whose firm Menlo Ventures had pumped in $1 million into Hotmail, guessed $200 million. Bhatia chided him for giving the lowest estimate and joked that he might hold out for a billion. Carlisle promised that if Bhatia made $200 million he would erect a life-size, bronze statue of him in Menlo Ventures' foyer. The negotiations continued.

Bhatia didn't know how to sell a company. But he did know how to buy onions. So being an Indian, he is good at bargaining. They came in low with $160 million, and then bhatia came in at $700 million.

Bhatia wouldn't budge and Microsoft's representatives kept walking out. And shouting and swearing and hurling insults. But the Hotmail team had been warned of Microsoft's tactics. "It was like a record being played," says Jurvetson, "which we thought was pretty funny. It gave them a real sense of strength." Bhatia's always had faith in the product

Bhatia went back and told Microsoft: "If that is the brand we have built in one and a half years, imagine what it will be in 20 years. Hotmail will easily be bigger than McDonald's." Microsoft got convinced with his words.

At $200 million, Doug Carlisle started looking for a sculptor, as he has promised. At $350 million, Hotmail's investors agreed to sell. Bhatia returned to the table, alone, and once more said: "No." The contract was inked on Dec. 30, 1997, Bhatia's 29th birthday. The price: some three million Microsoft shares - worth $400 million at the time and twice that now. The deal was done.

After selling Hotmail in 1997, Bhatia became an Internet strategist for Microsoft Corporation in April 1999 for about a year and, he left the company to start another new website, called as ‘Arzoo Inc’.

Arzoo.comwas supposed to be a real-time market place for technology related solutions and support. It was envisaged as a platform that would enable engineers, developers and scientists from around the world to monetize their expertise on the one hand, and enable corporations to improve the productivity of their employees on the other. Sabeer Bhatia's vision was to make Arzoo.com, the world's largest human network of intellectual capital. But Arzoo.com failed with the burst of dot-com bubble.

In 2006, he relaunched ‘Arzoo’ as a travel portal. Sabeer Bhatia started alongside co – founders Shiraz Kanga and Viraf Zack, BlogEverywhere, which was a website attempting to capitalize on the emerging art of ‘blogging’. Unfortunately even this did not give him the expected results.

This application allows users to use their documents both offline and online, edit, join forces and share documents in real – time with others, and sync documents between various computers and users.

Users can also download their Microsoft Office plug – in, which allowed them to get the best of offline and online office tools, along with full compatibility for all office document formats. Sabeer Bhatia has also pushed for enabling access to the Internet through cable television in the homes of India.

He also pushed for a project enabling access to the internet through cable television in Indian homes. However, due to bureaucratic problems it is very unlikely that this will reach completion. And he had to roll back the idea.

In January, 2008, Sabeer Bhatia had announced the launch of his latest venture SabSeBolo.com, a free web – based teleconferencing system.

Future plans of his include the development of a new city in India by the name of Nanocity. The aim of Nanocity is to replicate the vibrance and eco-system of innovation found in the Silicon Valley.