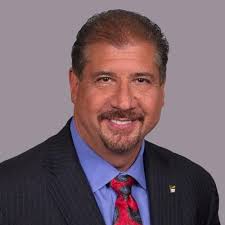 Being a speaker at ThoughtWorks Live India, the global player Manu Saale is very instrumental in transferring the important and specific expertise, know-how and talent within Daimler R&D. The role of Manu underlines the importance of India as a growth market. Manu Saale has transformed Daimler to ramp up the R&D facility ahead of the schedule, thus fuelling the scope for undertaking more qualitative and quantitative work and by entering into big levels of the data spaces. Manu Saale is ahead in achieving this target, as it was expected to achieve only the next year. The business journey of Manu at MBRDI started like an arbitrage later moved as a value addition and then could successfully graduate as product leader and is currently working on expansion by discovering new start-ups, looking out for the best alliances and offshore liveliness.

Career of Manu started with Robert Bosch Engineering and Business Solutions, where he was as engineer for Electronic hardware department. At Bosch, Manu worked on various projects and applications in the areas of automotive power-train. Carrying a more than a decade of experience with Bosch, Manu joined Mercedes Benz Research and Development India in 2011. At Germany he was associated with Daimler AG and was heading the Electrical and Electronics Engineering department and later took up the responsibility as CEO and MD of MBRDI since 2014. With this Manu was associated with the automotive industry of Germany, the language and culture of Germany. He worked in different countries like Brazil, China and South Korea and is very much attached to Germany.

Since 2011, Manu Saale is associated with Daimler and was serving for Mercedes Benz Research and Development India (MBRDI) and was heading the Electrical and Electronics engineering department. Saale has been trained at Stuttgart in various aspects of R&D such that he is completely equipped and armed with relevant knowledge and training and mould to take up the new assignment in India. At MBRDI, Manu holds the responsibility of the offshore strategy, successful implementation of the international projects, expertise the R&D facilitation and develop the technological know-how. Added to this, Manu has taken up the responsibility of ‘Digital Transformation’ of MBRDI.

Mercedes Benz has started its R&D in India in 1996 as a support unit to Daimler Research and Product Development. The headquarters is established in Bangalore. This unit mostly works and operates on one satellite. Becoming the CEO of Mercedes Benz is like a dream coming true for Manu Saale as it was his life ambition. When Mercedes Benz required further promotion in India, and when the company was in the plans of increasing the strength and competence of the center in India and to compensate and convert the financials into low cost, and in all managing the goals of the center, Manu Saale step-in as the Managing Director, Mercedes Benz Research and Development, India.

Manu Saale always aims and works towards strengthening the competitiveness towards attaining the long-term success. Manu has taken up an initiative ‘SAFE ROADS’ along with the team of crash experts who mainly concentrate and work only on safety projects. And this initiative has made him the spokesperson regarding safety aspect in India.

Manu has successfully launched the Daimler Startup Autobahn. Manu also hosted the Daimler Digital LifeDay, which turned out to be one of the largest of such kind.

The stint at Mercedes Benz…

When joined MBRDI he was given a target to increase the revenue of MBRDI to 58 percent from 43 percent. To achieve the target revenue, the first step taken by Manu Saale is increase the employee count from 1400 to 2000 and the new employee base includes the fresh graduates also. The next strategy taken up by Manu Saale is shift in the focus of technology and develops the road-side assistance technologies in order to come up with more advanced and innovative ways with regard to technology-related work pertaining to inner side of the vehicle. Manu Saale worked hard and helped Daimler in offering the new vehicles at a faster rate to the market.

At Daimler, Manu Saale has lead performing the big data not only from with-in but also enable connections with the local intelligence in the aspects of ecosystems, start-ups and other supplier networks, by working on different aspects related to production logistics, sales and after sales, technology and other R&D.  Manu Saale was successful in extending the operations at Daimler from exercising R&D to luxury cars to providing the same for trucks, buses as well as vans.

Manu Saale along with his team was successful in taking up the larger value based work packages and was successfully delivering them as the employee base and the team size was interesting along with substantial quality of work that was put into practice, the teams were well placed and were intended to deliver the desired assignments. With regard to R&D, innovative developments, technological innovations and employee base, Manu Saale has transformed MBRDI as the largest R&D center for Daimler, and has transformed MBRDI as the essential part of the R&D networks of Daimler.

MBRDI displays a tremendous growth in many aspects. It has transformed as one of the largest R&D centers outside Germany concentrating more on IT engineering and different domains of R&D, by increasing the employee base from 10 to 3500 and is considered as the most recognized and strongest research facility center to Daimler. MBRDI own about 500 patent applications. Daimler expanded from a single unit to four different entities in different cities like Pune, Chennai, and Bangalore.

Manu Saale has developed the Mercedes Benz R&D India to such an extent that there is a little bit of India in every Mercedes.

As a successful leader…

Manu Saale leads a team of about 4500 engineers. Under the leadership of Manu Saale, DigitalLife Day, the largest ever for Daimler was held which was meant for showcasing the new ideas which could lead to benefiting the future mobility. The main idea behind the event was a collection of new ideas, innovations, prototypes invited from different start-ups and upcoming potential.

Manu Saale opines that innovation is the key aspect for the sustainability. In this regard, many methods and practices have been put in place and thus the innovators are being motivated, the innovation process is fastened by employing a dedicated team and providing them with suitable environment. Manu also feels that young talent should be given an opportunity and chance such that they come with new ideas and for which the company can enjoy the patent benefits.

For Manu Saale, digitalization would be the main and core concept to work on and will remain the core for the next few years, by focusing more on the computational skills. His vision for 2020 is to focus on transformation from a component support centre into a facility that is capable enough of digital building a car.

Owing a unique perspective on automotive innovations and manufacturing, accompanied by his extensive experience, Manu stands out as a keynote speaker in most of the automotive and leadership forums. A fluent speaker in Manu made him to successfully deliver various energizing keynotes at different conference and events internal, external or international. Focus of Manu Saale was always on computational skills and within the simulation groups, invested the time and the capacities and thus stands as the largest simulation group outside Germany.

Manu Saale has immersed Mercedes Benz R&D, India into a galvanic solution. He always believes in hiring capable employee base, specifically the managers, with respect to their skills, education and experience. The managers should always be trained and should be willing to motivate, inspire and should be willing to provide opportunity for the fellow employees. This Manu opines that is very much essential for long term sustainability.

As a global player, Manu is instrumental in transferring the specific expertise within the R&D of Daimler. By this Manu could transform and solidify the position of MBRDI as the strongest player within the global network of Daimler R&D. he important aspects which are considered by Manu as essential focus areas as digitalization, core know-how development and analytics. Under the leadership of Manu, a new center under the name ‘SAP Shared Service Centre’ has been started by Daimler, which provided around 800 employment opportunity in IT field.

Hope readers caught up the spark