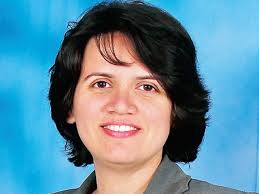 With the mission of simplifying the payment acceptance, Upasana Taku always focused on bringing all the merchants and retailers into the network of MobiKwik. Under the leadership of Upasana Taku, today MobiKwik app is used by millions for making digital payments. Upasana is a successful Indian women entrepreneur for almost 7 years carrying with her almost a decade of Payments and Financial Services experience. As a self-made woman, the main motto of Upasana is to hustle up a storm or die trying! Upasana Taku stands as an example for all the women entrepreneurs who would like to establish the startup.

Taku started her career as a part time Research Assistant at Stanford Linear Accelerator almost for about two years. During the period of 2004 to 2006 Taku worked as a Business Analyst- Product Management for HSBC. Later she was associated with Paypal as Senior Product Manager for about two years. For a short time Taku was serving as a Management Consultant for Drishtee and Consultant for 2020 Social. During 2010, Taku was associated with Zaakpay as Director and served for about 5 years. Later Taku joined MobiKwik as Cofounder.

The turning point in her life was even after taking up projects of hundreds of million dollars, Taku was not satisfied and therefore decided to come back to India and serve towards the ecosystem, while she really feels is her career turning point.

The journey of Upasana with MobiKwik has started when she met Bipin, who was very much eager and interested in taking up a start up. Once Upasana felt that even she has the same interest areas, initially she started helping Bipin in some of the business aspects and at the state when she realized the she was confident about the business, she joined MobiKwik as full time Cofounder. Apart from being a Cofounder, Upasana is also responsible for all the business operations, identification, acquisition and retention of talent and all bank related partnerships.

Upasana Taku is a hard worker and always loves the job which is evolving all the time. The dedication and commitment of Upasana is to such an extent towards work that she even worked on her wedding day and shared the lunch with her team.

Upasana has served MobiKwik and transformed as the Indian mobile wallet which is used by millions of Indians and thousands of platform merchants. Through all thick and thin Upasana always stood cash-strapped, which made Upasana achieve the milestones.

The stint at MobiKwik ...

Upasana Taku has transformed MobiKwik as the first Indian mobile wallet. MobiKwik has made revolution for all the petty recharges. Since Upasana joined MobiKwik, she has served hard which is reflected in the exceptional growth of the company.

Some of the investors who were being attracted by Upasana are American Express, Tree Line Investment Management, MediaTec, NETI, Cisco. Once attracted the investors, the focus on Upasana has shifted towards establishment of the talent team and make the work atmosphere appear more professional. This is her strategy to attract more funds further and increase the business. The investments were used much planned and strategically and the efforts of the Upasana could lead to expansion of the network to a huge online and offline merchants. This expansion again gained investor interest and this time the funds reached to almost $25 million.

Under the leadership of Upasana, MobiKwik has grown to such a height that it has also started powering the only telecom giant BSNL and facilitating for sale of the BSNL products and payments ease and serve as a mobile wallet for BSNL payments. Within a short time after setting up of the business, Bajaj Finance has come forward to invest about 225 crore rupees in MobiKwik. Upasana has also plans and had talks with the investors to rise over USD 60 million.

Some of the banks and other non-banking financial institutions have entered into partnership with MobiKwik and for launching some financial services like personal loans, no interest loans for the users, which turn out to be value added services to MobiKwik. By this strategic decision, Upasana feels that the business will increase in terms of revenue and in terms of number of users.

As a successful entrepreneur...

Within short span of time, Upasana successfully lead the company into exceptional growth pace and should also obtain the RBI license and approval and with an increased employee-base of 35 employees. RBI license is considered as the greatest milestone for such a small startup reaching heights. This grasped the attention of the investors and the investors started showing interest towards the company. The initial investor funds received by MobiKwik was about $5 million, which was a very huge amount for Upasana and the company and which was a step used for the growth of the company. It was only the Upasana and her leadership on which the investors were confident about and made investments.

BUpasana is also considered as the woman behind the success of ZaakPay. Immediately after she entered the market with tough competitors, her hard work, leadership and the strategies adopted led success to follow her. She established India’s most secure payment gateway, an e-wallet website, which has resulted in tremendous success for Zaakpay.

Upasana Taku has transformed MobiKwik from a simple platform of recharge into a one of the most widely used mobile wallet by millions of Indians. The secret behind her success is that she works persistently and thus takes her dreams to higher level and uses her potential to the maximum possible extent.

She could face many challenges right from hiring employees to creating funds. But Upasana successfully overcome all the challenges. Hiring employees was one the major challenge at that time as it was a startup company which was initially started in a two room flat. It was quite a difficult challenge for her to identify the correct and exceptional talent, convince the, hire them and retain the talent. Upasana overcome this challenge

The next strategy taken up by Upasana is expansion of the business products and services. Apart from mobile recharges and bill payments, Upasana expanded the business by facilitating fund transfers, online purchasing. This strategy of Upasana has resulted in increase in the number of MobiKwik users very drastically and reaching to 14 million users from 3 million users the previous year.

Some of the government rules and regulations such as compilation of the KYC Norms turned out to serious challenge for all the wallet players of the market as there was a drastic decrease in the number of transactions related to digital payment. It was only Upasana Taku, who carved out this challenge as a path leading to new opportunities, in spite of unavoidable initial hiccups. Upasana was successful in surviving in the market. The other players those who are not serious in doing business sidelined by this new KYC Norm. This has taken up by Upasana as a provider of new business opportunities.

The strategy behind her success is that she keeps on undertaking brain storming sessions for the employees and take decisions regarding the goals that have to be achieved and mostly spent time on talking one-to-one with the employees.

Upasana Taku has graduated from Stanford University in Management Science and Engineering, MS and B. Tech Industrial Engineering from National Institute of Technology, Jalander, India. Upasana Taku cares about some of the different causes in the areas of Children, Education, Health, Arts and Culture. Upasana Taku is married to Bipin Preet Singh, one of the Cofounders of MobiKwik. Upasana Taku was always raised with great expectations and aspirations.