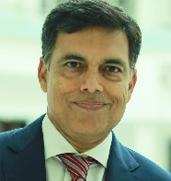 A second generation business leader from the Jindal family, Sajjan Jindal, the Chairman and Managing Director of the USD 11 million JSW Group of Companies is a man of dreams. True to the saying that success comes to those who have the courage to follow their dreams, he works hard to make his dreams come true. He has been recognised several times at national and international level for his unparalleled contributions and commendable work to the steel industry and to the society in general.

Born into a business family, Sajjan Jindal was clear of what he wants to do. After graduating from M S Ramaiah Institute of Technology, Bangalore as a Mechanical Engineering, he joined his dad's empire. After getting trained directly under his dad, Om Prakash Jindal for a year, he was given a task to look after a steel factory in Mumbai, which had immense opportunity to grow. With the licensing and other legal formalities, importing machinery was quite a task then. Sajjan, a mechanical engineer by training, found an opportunity there. He designed and operated his own sophisticated plant. The success of the plant gave this engineer a huge confidence. He considers this as his first break.

Then he started independently looking after the Western region business of the multibillion dollar group. Since then, Sajjan has been instrumental in transforming the functioning of the Indian steel industry. Through his aggressive strategy, he has steered the company to be one of India’s largest private integrated steel-makers today.

Sajjan has always supported the growth of the steel industry. JSW Steel is India's leading primary integrated steel producer and one among world's most illustrious steel companies. The journey to be the leader of the industry was not a smooth one. He has led the group through many exciting events – good times, global turbulence, uncertainty and challenges. He promoted Jindal Iron and Steel Company Ltd. (JISCO), for manufacturing of Cold Rolled and Galvanized Sheet Products in 1989, Jindal Vijaynagar Steel Ltd. (JVSL), JSW Energy Ltd. (JSWEL), Jindal Praxiar Oxygen Ltd. (JPOCL) and Vijaynagar Minerals Private Ltd. (VMPL). After a decade, in 2005, his steel companies, JISCO, and JVSL, were merged to form JSW Steel, and a holdings group of the same name.

Going through the statistics, Sajjan Jindal-led JSW Steel has recorded its highest-ever crude steel production at 15.80 million tonnes during 2016-17, breaking earlier records. This is 25 per cent more than what the company produced in 2015-16.

Sajjan Jindal is a strong believer and advocate of the concept of “Make in India”. Having everything to make India a global manufacturing power, he envisions India as the manufacturing factory of the world. His actions are planned around his dream of a self-reliant India. A strong believer that development of the country and protection of the environment must go hand in hand, the JSW Group runs some of the most energy efficient and eco-friendly manufacturing facilities in the country. JSW has its state of the art manufacturing units in Vijayanagar, Dolvi, Kalmeshwar, Salem,, Tarapur and Vasind spread across Karnataka, Tamil Nadu and Maharashtra offering a wide gamut of steel products.

Along with expanding personal empire, Sajjan Jindal also ensures the inclusive growth of the society as well. He believes that growth is meaningful only when it benefits all sections of the society without endangering the fragile environment. As one grows older, one becomes wiser and wants to give back to the society. It makes us feel good about ourselves, says Sajjan Jindal. To make positive changes in the lives of underprivileged people, he and his wife started JSW Foundation.

Sajjan took a leap forward and surprised the Salboni farmers in West Midnapore district in Kolkata by offering free company shares as a token of gratitude, in addition to the land cost to all those who had lent their land for his project.

Two among the four sons of the late industrialist Om Prakash Jindal, Sajjan Jindal and Naveen Jindal run their own businesses in the same sector as Naveen’s Jindal Steel and Power and Sajjan’s JSW Steel. They run their own parallel dynasties without competing with each other. Fraternal squabbles are unheard of among Jindal brothers, unlike in many other business families. “The way our group functions, we brothers are at the helm of affairs, but it is a very professionalised company. None of us sits on each other’s boards. We have a pretty independent structure but we share the wealth among the four of us equally”, says Sajjan Jindal.

Under the leadership of Sajjan Jindal, JSW Group is no more a company dealing in steel alone. JSW Steel has 18 million tonnes per annum capacity in Maharashtra, Karnataka and Tamil Nadu and is enrooted to achieve its 40 million tonne capacity expansion by 2025. With roots as strong as steel in the steel industry, JSW Group is on a diversification drive expanding its activities to new horizons. It is already spread across the landscape of infrastructure building, sports and cement manufacturing. It has recently announced of investing 100 billion rupees in non-banking financial space and is also planning to venture into electric cars by 2020. Discussions on new ideas like electric two wheeler are under pipeline.

Sajjan Jindal stays in Mumbai with his wife Sangita Jindal and their three children Parth Jindal, Tanvi Shete and Tarni Handa. Sangita is the Chairman of the JSW Foundation and Jindal Arts Centre. The third generation is business ready and is slowly taking off now.

When not at work, he loves being at home in the company of his family. An avid lover of sports, Sajjan Jindal was the chairman of India’s top football tournament, the I-League, from 2010 to 2012. He is also looking at acquiring an IPL franchisee in the near future. Squash is his most favourite way of unwinding. He is an avid marathon runner. Apart from engineering and sports, Sajjan has deep interest in nature, arts and culture.

Along with his business giant father, Om Prakash Jindal, he sees JRD Tata also as a mentor and positive influence for his value systems and philanthropic activity.