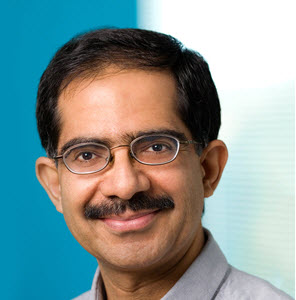 It’s serial entrepreneurship that is distinguishing some business leaders from the others globally. Admittedly, both will have their respective place in history just like they have their place under their sun. But one thing is sure – both these types, most often, usher in a progressive environment. Through their enterprising activity, they not only create products, solutions, or offerings for people to consume, but they also set the tone for a chain-reaction. In order to offer what they create, they have to source from others – which creates not only business for the suppliers but also employment as it does with the entrepreneurs themselves who are required to employ thousands of people to be able to run their businesses smoothly.

This then means thousands of families are supported financially, which in turn creates social stimuli such as development, human capital, etc. In that sense, these entrepreneurs can be considered to be the vital cogs in the wheel of life.

Hunger? Nope – both types have an insatiable hunger for business success. Determination, efforts, etc.? It can be safely considered as both the types exhibiting these traits in adequate measure.If there’s anything at all that sets them apart is perhaps the serial entrepreneur’s constant lookout for new business regardless of the vertical – the businesses could be innumerable whereas normal entrepreneurs would look to make it really count in the specific area of their business activity.

So, Sharad Sharma belongs to the latter group – serial entrepreneurs.

And he perhaps is the only Indian serial entrepreneur who has such rich experience and across umpteen domains – although the focus has rightly been his core area of expertise – information technology. And he has also delivered wonderfully well various senior and executive functions both within the companies he worked for and the companies he founded or co-founded.

While he is the co-founder and CEO of BrandSigma, he is in the hot-seat (so to say) of so many organizations and companies where his role is pivotal to the success and functioning of all of those entities.

In a career spanning more than three decades, Sharma has been there (almost everywhere) and done so much more than probably any of his peers or contemporaries might have.

Right after completing his engineering, he joined DCM Data Products where he would stay for three years during which he was basically into software research & development in the capacity of a software engineer.

Then his next calling was Ivy Systems where he got elevated to the post of director – he was the director of product development.

After Ivy Systems, Sharma’s next stint was with the global Lucent Technologies where he would work for almost 8 years (just three months shy, in fact) – through the course of which he would assumes various management positions. It is these stints that helped shaped the entrepreneur in him. For example,at DCM he worked on developing UNIX server platforms based in i86 architecture andlater at an Apple supported start-up where (as one of the early stage employees) he learnt how the absence of marketing skills can derail a good product business, and then setting up the R&D labs in India for both Lucent as well as A&T. So he was almost a finished product himself by the time he set his eyes on business activity.

The entrepreneurship begins his enterprise…

A decade and a half of working with various companies in different capacities had helped equip Sharma with the perspective and business acumen required to start his own company. Powered by his own skills and education and backed by his long professional experience, he co-founded a company called Teltier Technologies. He was the Chief Executive Officer of the company which was a start-up based of New Jersey and plied its trade in the wireless infrastructure eventually becominga the leader which lead to its acquisition by Cisco.

Entrepreneurship had well and truly caught up with Sharma by now and he ensured it was made good of. But before that he was involved with Symantec (earlier VERITAS) as its Indian General Manager as well as Vice President of operations. This perhaps came in at the right time as it gave him enough insights into the then nascent IT and ITES business and

where it would all go in times to come and where it all stood in his scheme of things.

His first investment into private equity was for a period of one year which gave him enough confidence in this path to becoming a serial entrepreneur - of course, as we have seen, it was not by design.

His next investment and the role was as a board director with the then start-up called Bharat Matrimony. This association lasted for about a year and a half.

Sharma’s clearly outstanding role that would eventually drive him to continue to invest in product development companies, especially in India came in the form of his association with the then internet technology pioneer, Yahoo! He was the Senior Vice President of Yahoo! While also being entrusted with the job of heralding the company’s Indian R&D facility as its CEO.

Yahoo! Was his last job as a direct employee. He would thereafter be taking over many crucial and board level roles with companies he either co-founded or where he had invested as well as those where he played an advisory role as well.

The decade so far…

In the immediately preceding decade from now, Sharma has been directly or indirectly involved with many start-ups and initiatives. Beginning from Caanan Partners (Entrepreneur-in-Residence) followed by an active role as the executive council member of NASSCOM (where he was also the chair of the product forum), then his deep and active involvement with the India Angel Network (of which he is a member even today), and playing a crucial role in the inception of the non-profit initiative called iSPIRT Foundation (Co-Founder and Governing Council Member).It is basically a think-tank for the aspiring IT entrepreneurs if the country and stands for —the Indian Software Industry Products Roundtable.

He didn’t have to actually do anything different to be able to be up there with the who-is-who of the Indian IT industry. He was already one of the country’s most active angel investors in the technology sector with as many as 12 known investments. But, being the technocrat he is, he followed his passion for product development and around 2011 he felt the need as well as saw the opportunity to found yet another company that would provide specific services.

He called it BrandSigma: As the name suggests there would be both marketing as well as quality attached to the services of the company.Based of Ney York, it would work in the pre-packaged software industry (offering analytics for brand management, combining marketing science with large data sets).

BrandSigma Inc. is just another expression of the visionary Sharma where he has been able to bring together fantastic talent from the IT industry – figure this: It has senior executives, successful entrepreneurs and technology leaders from companies like the renowned advertising agency Dentsu and semiconductor major Texas Instruments and its Chief Science Officer, Abhinanda Sarkar, was with GE Research and IB Research in the past (a Stanford PhD and ISI alum)– to name a few.

When he gets some breathing space from BrandSigma (in fact, he doesn’t get, he creates some breathing space), he is involved in propelling the product development ecosystem in the country. That he does in his capacity as the co-founder and as member of the governing council of iSPIRT – which itself is has representation from scores of successful names of Indian origin from the industry across the globe, who share Sharma’s vision, interest, and passion for the technological advancement of the country through home-grown talent.

All we can say to this super-entrepreneur is – Bravo Sharad Sharma, keep going!!