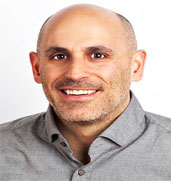 Serial entrepreneurs have an uncanny knack of seeing success in things others may choose to ignore or perhaps be oblivious of. That is why they are on a constant quest to look for opportunities that others may not even think as possible. Take for example, Marc Lore, the president and Chief Executive Officer of Walmart e-Commerce’s US, who has for almost two decades both founded and spun off companies at a whopping profit. Each venture that he put his hand on was a success for him. Right from the first company that he founded to his recent association with America’s biggest retailer Walmart – everything has been ever-so-shrewd.

Very few have had that kind of almost single-handed success with so many start-ups as Lore has. Starting off as a banker and then taking up executive roles at some of the leading financial institutions had helped shape his intrinsic fiber that leaned heavily toward savings – something that struck a chord with dozens of investors all along, who came in heaps to invest in almost every company that he founded or co-founded.

That besides there was always novelty in what he tried to accomplish – something that adversaries seemed to have missed. Take for example his diapers.com for families, and wag.com for pet owners. These were simple and unassuming businesses that dealt with the day-to-day needs of families.

It is these types of initiatives that have caught the eye of investors who saw a lot of value unlocking if they invested his ventures.

He then went on to do a few jobs that not only sharpened his entrepreneurial skills but also bestowed him with the much needed business perspectives that would serve him well when he became an entrepreneur.

After almost half-a-decade or so of working in various banking positions, Lore now set about his entrepreneurial journey. He then co-founded The Pit Inc.,an Internet market-making collectible company constructed that was floated as an alternative to eBay. Lore sold The Pit Inc., to the Topps Company in 2001, and what’s more, he also went on to become the Chief Operating Officer of one of the Topps Company’s subsidiaries called Wizkids, Inc.

After a few years he co-founded his next big venture called the company called 1800DIAPERS. The inception of this came about through his realization of his own family’s problem of keeping baby-care goods in stock. Thus he joined hands with Vinit Bharara to start this company that met the needs of such families. They would bring few more family-needs oriented companiescalled as soap.com, wag.com, act. that they ran under one parent company called Quidsi. In no time the duo were successful in building a building a loyal customer base for each of these companies. The customers would invariably be young couples who found themselves missing a thing or two while managing their toddlers, and for whom these were like handy and very convenient.

In a period of seven years starting from 2005 when they had started diapers.com upto 2012, Lore initiated a spate of measures that would help the company gain the competitive edge – mainly through cost-savings.In fact, Lore’s measures such as improving the economics of shipping bulky and low-margin products like diapers to their customers bysetting-up warehouses as close tothe urban areas as possible so as to be in a position to take advantage of bare shipping rates besides also brought in algorithms to minimize shipping cost, and topped it all by conducting warehouse operations using robots (Kiva).

While it might sound a bit stretched to say that a start-up made of assorted items specifically for young couples only could challenge the might of a global behemoth, the Goliath – Amazon itself was weighing options to buy off Quidsi. It could be partly because Quidsi companies may end up threatening Amazon’s baby-care business and partly because Lore’s companies had succeeded in building up a very good customer base.

So, it would appear that Amazon did decide to acquire Quidsi (and of course the companies under its stable) after much deliberation as there were many aspects to it than just competition and the potential loss of revenue. Quidsi brought in a whopping $550 million to Lore and its share-holders.

Lore didn’t stop there. Like he had done with the sale of The Pit Inc., to the Topps Company, he again assumed a position of responsibility at Amazon and stayed there for a couple years.

As is their wont, entrepreneurs are always on the look-out for new business opportunities. It is even more prevalent with serial entrepreneurs because these guys are an aggressive lot. And so it was with Lore. After the Quidsi sale to Amazon was done and dusted and he had a peek into the functioning of how the world’s largest online retailer worked and of course not before adding so much value to its operations, Lore felt it was time for yet another venture.

This time he co-founded an e-commerce company called Jet.com. The other co-founders were Nate Faust and Mike Hanrahan. Like before, this time round as well there was much interest from investors in the venture to be floated by Lore and company. The trio raised about $80 million and started work on the platform.

The USP of the platform was something unheard and unseen of. If its Lore, it could be expected that he would come up with something like Jet.com – an e-commerce platform in the face of so many others only if he had something up his sleeve that was distinct enough to attract customers to its fold.

His plan was to compensate or reward customers for word-of-mouth publicity with stock options. This wasn’t heard of. Thus a campaign was launched under which Jet.com offered stock options to users who generated word-of-mouth for the company in advance of launch. It eventually became a shopping club with an annual membership fee that would allow members to access all products with the lowest prices – and that too on millions of items. The membership fee was subsequently taken off (Oct 2015) to retain the customer base.

Even as Jet.com was in the process of generating the intended interest and bringing in membership and some sales, it had done enough to set investors thinking about its potential. As a result, Lore was successful in creating a huge valuation for a company that hadn’t yet delivered on the scale to be able to command such a valuation. So, all one can say it that such high valuation could be attributed to the goodwill of the people behind it and the idea they wanted to forward. Thus, we can see that it all boiled down to brand-Lore to make such valuation possible.

The situation was fertile for both Lore and Walmart. The retail giant had been struggling for some time to make it really count offline as well having missed the early days of the e-commerce when it would have given it a level-playing field with the others such as Amazon and eBay. But, having missed that phase and now finding itself in a situation where it was increasingly threatened by the online players, which had begun to make a dent into its topline, Walmart was looking to add some net-savvy force behind its e-commerce platform.

Who better than Marc Lore could drive that forward? And yet again, for a straight third-time, Lore was able to successfully sell one of his companies to a bigger giant and take on a position of responsibility.

Walmart bought Jet.com for a whopping $3 Billion and also made a deal which would see Lore assuming the leadership of the company’s e-Commerce US operations and make it good.

Lore and Doug McMillon – the CEO of Walmart – had deep discussions as how to revamp the online presence of the company and make it count. They have already set in motion many plans under the guidance and leadership of the proven visionary, Marc Lore.

Marc Lore has always tasted success with everything that he has done or was involved in. Will he be successful yet again? Well one cannot really say as this time round he is pitted against none other than Jeff Bezos – an equally enterprising and proven visionary. While it may not actually be a Goliath Vs David but Marc Lore and Walmart are really up against it.