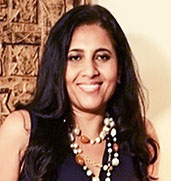 Suchi Mukherjee is a women entrepreneur who has been constantly proving with her achievements that it is completely not a gender based space where a few years ago only males dominated. She is the founder of Limeroad website, which lets you discover, share and shop women lifestyle products. She follows Navigating a business in a VUCA (volatility, uncertainty, complexity and ambiguity) environment, to have a proper system. She feels that the smallest of successes needs to be celebrated, and flat-out failing is just not an option. You need the fighter gene to succeed. Resilience plays a very crucial role to attain success.

Although, she always got the deserving role in the companies, she wasn’t really satisfied with her inner self and wanted to do something bigger and better. Her never ending ambitions and restless mind is one of the reasons for the success story of LimeRoad. Suchi’s success story might seem as if everything happened overnight without any struggle. The reality is completely different; she too had to face ups and downs throughout her professional life. At first being a part of newly formed companies to scale them up and making them global and starting a company of her own which has become highly successful is no easy job.

Suchi Mukherjee was born in the year 1973 and was 39 year old when she founded her famous fashion portal for women I.e. Limeroad.com. From a young age, she has been involved in scaling up many businesses and starting some on her own, which is quite ambitious for a person like her.

Suchi Mukherjee belongs to a middle class family from Haryana. She has sought education from the famed University of Cambridge and London School of Economics. Suchi has completed her bachelor in arts specializing in economics and mathematics from the University of Cambridge. She has learned all the trades of business by doing her masters in economics and finance from one of the most prestige business schools in the world which is London School of Economics.

Suchi started her career soon after she completed her Masters. She joined with Lehman Brothers Inc in July 1998, as their new Senior Associate for Corporate Finance. She worked for them for more than 5 years and focused on sectors including Telecoms Media Technology and Financial Institutions. After gaining

After gaining more experience and knowledge, she decided to move elsewhere, to grab onto the opportunities that were yet to be opened and in June 2003, she joined “Virgin Media” as a Director for Change & Business Development. She was also worked as the member of their Consumer Division Management Team.

Suchi Mukharjee worked with virgin media for almost 2 years and then she quit Virgin Media job and joined “eBay”! Here her career journey takes new leaps as it not only helped her grow in terms of position but also gave her immense & first-hand knowledge of the functioning’s of business.

After that she joined the company first as the Head of Business Seller Programs & CS in the year 2006 and was the member of the UK Operating Management Team as well. With her excellent performance, she was quickly promoted as the Director and Member of Executive Management Team for “Skype”, which back then, was a part of eBay Inc.

She handled various roles including planning, product / UI design, payments of the product a.k.a. Skype and also looking after its marketing including brand, channels incl. PR and CS. Being a part of the executive management team, she learned powerful leadership development skills. She got the priceless opportunity to see the transition of a start-up from founder–led and with 3 CEO changes in just 2 years.

After working almost two years to Skype; again she got promoted as the new Managing Director for “Gumtree,” which was a part of eBay Inc.

Gumtree was a start-up as she got the opportunity to build and grow a company but this time, with her own hands and leadership skills.

She spent her talent and capabilities on scaling the team capabilities, product, sales, marketing and CS functions and at the same time Suchi also re-structured the financials towards core revenue streams.

Once the company reached 13-million users, she went on to grow it to UK’s largest horizontal classifieds business in just two years. The company got No. 3 position to a market leading position in jobs and consumer-to-consumer car sales, and also grew the visits by 35% YOY.Then she decided to start her own firm.

When she got the idea of creating his website post the birth of her second child one day when she was flipping through a fashion magazine and a piece of jewelry had caught her eye. Then she started her own company and founded LimeRoad, which is her own venture. She is also the CEO of LimeRoad website. It has received various rounds of funding and can sustain the business as it is now which is highly commendable as very few startups become successful.

The company founded by Suchi and her co-founders target the women audiences, who have a craze forshopping trendy clothes and accessories. The website offers a range of enticing accessories, bewitching apparel, and alluring jewelry. Suchi says that “At Limeroad, online shopping is not about deal hunting. It is more about having a great experience while shopping for "hatke" products. Users create scrapbooks in which they put together looks by mixing and matching different product combinations and sharing with others who can browse through them and discover interesting looks. "We have set up eight regional teams of photographers to showcase their inventory of sellers across the country. We offer sellers support such as photography, cataloguing and other services. We are at the same time also training our top sellers to meet orders on their own by dispatching them directly to the customers," she adds.

She believed that LimeRoad is the India’s first social visual web platform with some of the highest engagement metrics on social platforms relative to all other web 1.0 ecommerce sites in India. Suhi realized that social interaction is the best way to discover great stuff and this is tightly woven into the LimeRoad experience and hence the stickiness.

They’ve created the scrapbook tool which is a platform to get engage with the target audience and end up with crowd sourcing forum for creating the biggest online discovery platform.

She lifted the company Gumtree from No.3 to No.1 in a matter of few years.

She started her working career at a young age of 22 in Lehman Brothers Inc.

She was one of the most promoted people in eBay Inc because of her brilliant managerial and business skills.

Suchi Mukherjee is happily married having her own family. She has two kids and living in Haryana with her family.