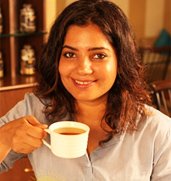 Women today matching their male counterparts in every sphere of life – be it politics, the corporate sector, social education, business, women are leaving their mark and making the world, especially the male-dominated business world take note and respect them. Perhaps women’s empowerment has also had a role to play in it. This article chronicles the life and rise of one such successful woman - Shradha Sharma.

Shradha Sharma is the founder and CEO of YourStory which itself documents (in a way) and chronicles the life of successful Indian entrepreneurs.

It began in 2008 with Sharma initiating her own brand of story-telling – albeit the stories of lives of young and emerging entrepreneurs and their travail.

Obviously no story is a straight-road – it is often a long and winding road to becoming a success entrepreneur.It is a journey of continuous learning, often treaded alone, encountering many hurdles along the way, stumbling and picking up the pieces and putting them together and then making it a worthwhile pursuit in the end. It is only after such travesties that people take notice of you and then starting respecting you for what you are capable of rather than whether you are make or a female.

But, as we can guess, having been a newsperson for quite some time, she knew the fact that the entrepreneurial journey often traverses through a very treacherous path.

She was among the top executives at CNBC – served out as an AVP – something that stands out even today as her distinction of being the youngest person to be assigned to such a high profile role in the company’s history.

Her job at CNBC primarily involved connecting and interacting with a lot of entrepreneurs, which allowed her to study as to what makes them successful. She also noticed that the common thread connecting all of them – queerly, they all had a story to tell but none was too inclined to tell that to the world themselves. This observation ofShradhatriggered a thought in her that these stories deserved to be told and told well.

Shradha Sharma family hails from Patna, in the state of Bihar, India where she spent most of her childhood. She has three sisters and a bother. It was her mother who seemed to always support her in her endeavoursto achieve her dreams by imbibing in the traits of independent thinking and self-reliance. Admittedly, this was a strong upbringing with an undercurrent of high values – especially because of the times she was raised in the state of Bihar – which was possibly at its lowest point on many fronts (Socially, politically, as well as economically).

Understandably, (in her own words)the mere thought of a girl child even going to school back then in Bihar was a big deal. However, with her mother as the pillar of strength and the all the encouragement she received, she did her graduation fromrenowned St. Stephens College in Delhi where she would also do things to equip herself with the best that the world can offer – through things such as volunteering to do as many things as she could.

Thereafter, she went on to pursue MBA from MICA, Ahmedabad. Her high erudition lent an air of ambition in her demeanor.

Her first job was with the Times of India. After a brief stint there, she joined CNBCwhere spent a good few years and rising to the post of AVP along the way. It was through this period that she was introduced to the world of entrepreneurship.

Shradha Sharma started her career as a brand advisor for Times of India and then worked as an AVP (Assistant Vice president) in CNBC TV18. It was in 2008 while working in CNBC that the idea of Yourstory came into frame. During that time she met many entrepreneurs who wanted a medium to highlight their stories to the world. The entrepreneurs and the startups wanted the mass audience to know about their struggles, vision and their accomplishments.

It was after one such rendezvous with a successful businessperson that she felt inclined to check whether there was a place -digital or print media- that documented these inspiring stories. But she found there was none.

Being the entrepreneur at heart that she sensed there was a window of opportunity that would both help her express the enterprising nature in her besides, of course, providing a platform for letting the world know of the success stories of these entrepreneurs and startups.

And what better than internet as a medium? And that’s how Yourstory.com was born. It is an online portal which helps entrepreneurs and startups discuss about their business and companies which helps them to take their venture to new heights.

But it was easier said than done. There were naysayers. Not many believed in her idea which they felt wouldn’t work. But Sharma went by her knowledge, experience, and above all – her gut feel.

The website www.yourstory.inwas launched mid-September, 2008. Before, during, and even after it was started, Sharma was clear that not all entrepreneurs are not superstars, but they did have some amazing untold stories in their life, which can be brought forth through this medium.

Through YourStory, Sharma now had the opportunity to tell the stories of scores of successful businessmen. Asan astute storyteller, she who would delve deep in to the lives of famous and successful people, right from their dark days of entrepreneurship, to the first ray of hope and their journey thereon to success. It was all about an entrepreneur’s story and, hence, it was aptly named, YourStory.

Today, YourStory.in has almost a household name in the entrepreneur community. In fact, it is said that its goodwill and reputation is such that start-ups seem to consider it as the go-to portal for everything that they would ever need. This might sound like an overstatement but the fact remains that it certainly helps these companies. Year after year, it continues to deliver good value for those associated with it and the attendees through the various events and engagements it facilitates.

But behind all the glitter and achievement, lies the tenacity and hard work of a small town girl who went on to become one of the best-known names among the country’s entrepreneur community.

Her never say die attitude is perhaps best expressed in her words, “When you know you have to fend yourself every inch of the way, it gives you a different kind of grit and tenacity.” That besides, she always had her parents’ support throughout – which is one of the biggest reasons for her being a successful woman today.

Having started from basically nothing, YourStory.in is still a completely bootstrapped company whose revenues, not surprisingly, doubling every year – which is nothing short of great achievement. But the most remarkable part about her journey so far is enthusiasm and unnerving focus towards telling the story of scores of entrepreneurs around the world.

Her enthusiasm is infectious and it has somehow found its way into everyone who’s been associated with YourStory.in. Her energy and drive defines YourStory.in – young, good and unquenchable.

No wonder the site has been described as “India’s biggest and definitive platform for start-ups and entrepreneurs-related stories, news, resources and research reports.