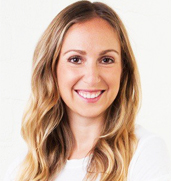 She is one of the very few entrepreneurs who went solo until her company had achieved success in finally getting some investment in her idea. In fact, Ariel Kaye recruited the first employee of the ecommerce start-up that has already created a stir in the bedding essentials sector and expanding with each passing day. She went

She delved into the field of advertising – branding – to be specific, and work in that field for around 10 years before the bug of entrepreneurship bit her. It was a serendipitous occurring that changed what seemed like a content enough career in the field of marketing with random indulgence into design and home décor. She started her career with a communications company called ‘i33 Communications LLC’ as executive assistant to the President/CEO.

Much as it may seem like baptism by fire, as being the CEO’s executive is no easy job, but her 7 months in that role gave her enough perspective very early in life about corporate culture, business handling, and the nitty-gritty of entrepreneurship.

Then she followed it up with a job stint of 5 months with a company called Goldin Solutions as a Senior Digital Analyst. Her next job allowed her to ease into a managerial position and see the functioning of business from up close. She served as manager (Account Planning) for the company called ‘Digitas’ in which role she lasted for a close to 3 years.

By the time she was into her promoted position (with Digitas) as Associate Director (Account Planning), she had pretty much deliberated upon what’s to be made of her life after that particular stint. It was getting into entrepreneurship but doing something different – something that would make a difference to people lives; what it was she would not know or have an inkling of until she went to Italy for six months for studies after moving from Digitas in February 2013.

There were several sparks that lead Ariel Kaye to jump into the entrepreneurial world. First and foremost was her 6-month stay in Italy which she had visited during her sophomore year; second was her interest in the home décor and interior designing (she had a design blog); and finally her extensive (almost 10 years) experience in the field of advertising and branding where she got to understand the public’s new-found propensity to look for quality, craftsmanship, and social responsibility in products they bought.

With that as the background, she started research on what clicks with customers when they buy bedding products and was surprised to find that not many know the brand that made them happy in terms of quality bed linen. Having been a brander, she knew the value brand loyalty can have for a business and thus made up her mind to create a brand that focused on the bedroom aspect of the home which would not only put to use her knowledge, education, and experience but also serve a hereto un-catered to segment in the home furnishing industry.

Initial struggle with funding & the launch

By end-2013 she drawn the road-map with a detailed plan of actions and a sound business plan. But that wasn’t as is as it sounds – she had to put in an immense amount of hard-work and thought to get there. First up she visited the local vendors providing bedding to vindicate her stance of them neglecting the quality aspect of it. Then she visited Europe where she went to about 15 factories, mostly in Italy, where she was introduced to an altogether different approach to bedding essentials from manufacturers. Based on that approach plus the fact that she had made their acquaintance, she developed a business plan built around a direct-approach revenue model.

She met many potential investors who politely tell her that it’s a good plan but you haven’t started and done enough to justify our investment – perhaps they were correct in their assessment. Here was someone who was pitching to sell an idea venture capitalists – however novel and promising it may been – without even having a single inventory on the ecommerce platform. They wouldn’t say not directly, so that added to the distress even more as it made her as anxious as one can grow under such circumstances.

Being a marketing person – she put her PR to great use and joined a Santa-Monica based accelerator called, Launchpad LA. This gave her the opportunity to interact with many rising entrepreneurs as also the chance to work with them and understand how they did it all when it came to sourcing funding et al.

Some of them pitched in with some money that wouldn’t be enough, so she borrowed a loan from her parents to kick-start Parachute in January 2014 with an assortment of bedding essentials. Viola! It was sold out of inventory in just a couple weeks – all because Kaye and team had connected with people as well as provided an experience they’d never known or experienced.

Next came the question of how well she would devise her business and operational strategies. As before, her brief experience with Launchpad and her branding experience helped her come up with people-centric strategies. She made sure that Parachute’s product and planning teams worked directly with manufacturers so that it is able to maintain control, offer the often-so-missing transparency and, above all,be able to provide the best products at the best of prices. This has been the back-bone from a differentiation point of view.

Not only that, Kaye has set in place some guiding principles that drive every product offerings through Parachute.The most crucial of them is attaching utmost importance to ‘Quality.’

Not only that, Kaye and her team have been able to deliver premium products at accessible pricing by smartly cutting out the middleman and going direct to consumer, while also working directly with its manufacturers in order to create and develop superior quality products, which the customer can enjoy quickly through the last-mile delivery that Parachute offers.

Such is the state of affairs that almost always so far, Parachute has run out of inventory increasing the GMV to unexpected levels. In fact, it has been struggling to keep pace with the demands from customers. They beat their monthly projections in two weeks flat. Thus exuding much confidence for the investors to put in their money after seeing the results. With the much-needed capital infused into the business, Kaye expanded the team in order to better coordinate with manufacturers and acquired the additional inventory to meet the ever-increasing demand.

Parachute recently finished a round of VC funding reported to the tune of $10M.

As can be expected, Parachute was so successful in getting established as a brand that it has seen a 4x year-to-year growth rate and 40% repeat customer rate – which is amazing given the general market trend where such rate as well as loyalty are hard to come by. The company plans to continue to grow next year through expanded collections in home essentials and bathroom, and eventually for other rooms of the house.

Not bad for a solo beginner.

Her advice to founders…

“Sit up straighter. Look into people’s eyes longer. And bring the intensity you feel inside, out. Let them know that you’re a fighter. A person with persistence, confidence, and a vision. If they want to be here and go with you, do it. If not, move on and find the person who is.”