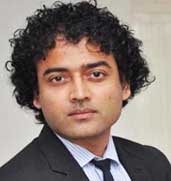 There are many instances in the history of mankind wherein adversities have forced us humans to express our ingenuity in overcoming the adverse situations and predicaments. Don’t they say that need is the mother of invention and all the folklore that goes to substantiate it is proof that we humans have in always found ways to not only overcome difficult situations but even make good of them. There are many such instances even in the recent history of Indian entrepreneurship – from the Deepinder Goyal-led Zomato, Ritesh Agarwal-led OYO Rooms (Quality guest rooms in hotels at affordable prices), Shashank ND-Led Practo technologies (Online health-care search), to Bhavish Agarwal-led Ola cabs (taxi hailing) - to name a few all of whom hit upon the idea or were forced to find a way that eventually became successful businesses.

In pretty much the same scenario lie the roots of India’s first and the most successful online marketplace, www.bankbazaar.com , where you can access customized rate quotes on loans, credit cards or personal finance products such as insurance policies, bank loans and credit card offers and do much more – without the neither the traditional formality hassles nor the procedural delays coming in the way of easy access to loans and other financial products and services of a myriad of providers in the country.

While it would be naïve to credit just one person behind this grand success story of the Indian fintech market, we can safely assume that the CEO and one of the co-founders, Adhil Shetty, has had a fair amount of contribution in bringing the idea (which was floated to him by somebody else) to reality.

Roots of the enterprise called BankBazaar

BankBazaar is seemingly a family affair but by no means a family business. It just so happens that it was co-founded by 3 members of a family. Brothers Adhil Shetty and Arjun Shetty and Rati Rajkumar (Arjun’s wife and Adhil’s sister-in-law, so to say) decided to build this platform quite by default. If they were to go by design, then the trio had envisaged that they would, after completing their time in the USA, embark on a journey home and settle down into doing something – that something was still unknown to them by the time they were forced to find a way (positively) vent out their frustration with the Indian system of banking and its procedural cumbersomeness, as well as make sure no others had to go through the pain they had to while seeking a home loan.

Adhil’s brother Arjun and Rati returned to Indian in end-2007 after having been in the land of dreams and done their bit to add to its value and the enterprise it promises to the world, and settle down in their motherland. In doing so, they wanted to avail a home loan and sought the same from the banks providing them the option. To their dismay and vexation, they found that it isn’t easy to get a home-loan without going through the unwarranted yet very mandatory procedures (which they considered as undue) that left them high-and-dry. They struggled to get through many of the requirements and delays in order to get their application approved.

Everything was physically stored, they would not accept soft copies, and documentation for due-diligence itself took many days before the application could proceed further in the formalities. Hassled by all this and disappointed that in this age and at this stage of development, the country-folk were still forced to put up with the non-sense of only delays for no-reason even when everything about the application was seemingly clear and verified.

That is when the couple decided they’ve got to do something to address this. Especially Arjun, who had had experience of the co-branded credit card program of Amazon, was keen on bringing in something helpful to all. After some deliberation, with their technology back-grounds, the couple came up with the idea to offer an online service that could help people themselves and all those wanting to secure a loan ever-so-easily from banks.

Enter Adhil into the picture

Adhil, who is only a year older than Arjun, was sounded out by Arjun and Rati about this enterprise that they wanted to get going with. Adhil joined in after mulling over it for just about a week or so and packed his bags to return to India for good.

While the plan was there to come back home, he hadn’t per say decided about when or why. But, a call from his brother talking about the pains he faced and also the possibility of doing something useful for the common people – it all made sense to Adhil who was then working at Deloitte as a team member. In fact, it even made business sense – there was virtually no-one in the country offering such a service (there were already E-Loans in the US).

So, there was need, opportunity and above all the satisfaction that they were about to do something unique in the country.

The Shetty brothers and Rati now set about getting the platform up and running as soon as possible. They put in personal money to the tune of Rs.45 Lakhs and set-shop in Chennai. The choice of the location was simple, they had been educated there and had their friends’ circle there who were more than willing to support the start-up.

From the beginning itself the roles were clear – with all three having worked for big companies and with the backgrounds they had, the trio organized itself as if it were a big company.

Adhil was entrusted with CEO responsibilities where he handles Sales, Business Development, Finance, HR and Investors while Arjun as COO handles the operations, technology and customer service, while Rati is the Chief Product Officer – so there was clear demarcation of responsibilities. They approached many banks after building the product and finally convinced ING Vaisya and shortly after HDFC bought into the idea and agreed to align. Soon after many others joined in.

Education and jobs before BankBazaar

His first job was as an engineer at Cisco Systems which was followed by his experience as a team member at the leading global consulting and professional services firm, Deloitte Consulting (US East Alliance) – an experience that would stand in good stead for him as well as the company growth.

Acceptance and Growth of BankBazaar

The concept almost a decade ago was unheard of in the country. Thus, it was that much more difficult for the Adhil and Co. to convince people to use especially when it came to financing their loan needs. Adhil knew that even before the customers, it was the banks who need to buy and embrace the idea of an online application and processing. The banks after looking at the team Adhil had put together – he himself hired the first few employees and made sure that quality and user experience was given the utmost priority while building the platform.

Once that was done, it was upto Adhil to go convince bankers to align- which he did successfully. Then came the challenge of acceptance from the people who mattered the most – customers.For this, they marketed extensively by advertising aggressively on the internet which got the company its initial customers through Google Ads.

Adhil made sure that timely investments came in and the company without ever compromising on the premise on which it was built.After an expected slow start, the company grew dramatically from December 2013 to July 2015 during which period it grew 5x in transaction volume (largely home loans 90%).

Headquartered in Chennai, today it has offices in Bengaluru, Mumbai and Gurgaon and also set up its international headquarters in Singapore in February 2016 where it is investing SGD 1 million to scale up technology and build an international team.