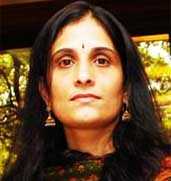 Kavery Kalanithi holds a Bachelor of Arts degree from the prestigious University of Madras, Chennai (formerly known as Madras). Her strong leadership skills and will power are the mantra behind the unprecedented success of the SUN group.

As a CEO of Sun TV Network

Kavery not only monitors the viewer feedback with regard to the programs, but also decides the content mix for airing on the various channels. Her inclination towards philanthropic activities has helped her become a part of the on board trustees of SUN foundation, which is a public charitable organization and she also supervises its daily operations. Further, she is the Non-executive Chairman of Spice Jet Limited.

Analyzing the media and entertainment industry, the firm said the digitalization drive by the Centre along with addressability for cable television would help Sun TV Network. Being the largest regional TV network and one of the key players in the DTH space, it is expected that the new stream of revenue for the firm arising from the increased DTH subscriber base in south India would maintain a positive momentum in the coming years.

According to Sun TV's annual report, the company's founder and executive chairman Maran and his wife Kavery Kalanithi, who is an executive director in the company, earned salaries of Rs 13.14 crore each during the year 2015-16. While the salary level remained flat, ex-gratia/bonus rose to Rs 58.33 crore from Rs 48.13 crore for Maran and to Rs 58.32 crore from Rs 48.12 crore in Kavery's case. While Kalanithi Maran is the chairman and managing director of Asia’s largest TV network, Kaveri Kalanithi is the executive director of the company. They took home a salary of Rs.122 crore (Rs.61 crore each) in the year ended 31 March.

Kavery Kalanithi made it to the headlines of every daily, when her annual pay package declined from whopping Rs. 72 crore declined to Rs. 57 crores in 2012 as an effect on recession. But, she is still the highest paid Indian business Woman, followed by Ms. Urvi A. Piramal, Chairperson of Peninsula Land with an annual pay package of Rs.7.3 crores.

Sun 18 - to distribute its channels through cable, DTH, IPTV, HITS and MMDS.

Kaveri is the daughter of the late Jammada A. Belliappa (Bolli) and Neena, hailing from Kaikery near Gonikoppal in Coorg. Belliappa was an insurance executive based at Chennai, where Kaveri met Kalanithi at a friend’s place and got married in 1991. Also, she has been blessed daughter Kavya Maran (born 1992) who wishes to take her father’s business to a greater height of success.

Kavery Kalanithi is married to the Indian Media baron Maran Kalanithi, who is the son of Former Union Minister of Commerce, Sh. Murasoli Maran since 1991. Kalanithi is an Indian media baron who is the chairman and managing director of Sun Group. He owns television channels, newspapers, weeklies, FM radio stations, DTH services and a movie production house. He also held a major share in the Indian airline Spice Jet from 2010 to 2015. He is also the heir to a very powerful political member of the country’s polity. His father is the former Union Minister of Commerce, Murasoli Maran. He is the grand nephew of M Karunanidhi, the Chief Minister of Tamil Nadu. He was initially the owner of Spice Jet, which after undergoing through a series of losses, was sold to one of its former owner. Presently he holds the position of a Director and Convener of the gigantic Sun TV Network, which is enjoying a blooming and prosperous period.