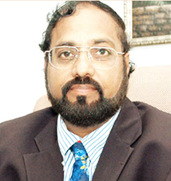 If one is looking for a Bollywood (or even Hollywood) drama, the script could not have been any better than the life of Murali Divi (as he is popularly known as) – the founder of one of the most successful pharmaceutical contracting firms in the world, Divi’s Laboratories.

Hehas traversed his professional and entrepreneurial journey as indeed the journey of life with so much determination and confidence to succeed that many quite often tend to overlook the life-skills he demonstrated in all of it. From being a not-so-good student hailing from a large family of thirteen children to becoming a double gold-medalist in later years in his academics and then making it big after getting a taste of it in the land of dreams, and then founding a company that is now one of the world leaders in its space – Murali Divi’s life story has everything in it for someone embarking on depicting a drama on celluloid.

Entrepreneurialism is as much a flair for enterprising activity and vision that stand out as it is packed with life-skills.Murali Divi was born into a family with relatively humble background – his father was a secretary of a Zilla Parishad (District Council) in the Krishna District of the then united-Andhra Pradesh (it has since been bifurcated into Telangana & Andhra Pradesh in 2014). With 13 children, one can expect things to have been not very rosy. And they weren’t despite the fact that they had agricultural land and the head of the family was employed with a state organization. Imagine that as the backdrop of your movie and what drama can it unfold – depicting many a travails of life, eventually culminating in thumping success built on perseverance, determination, hard work, and wisdom!

Struggles and Discipline…early in life

Murali Divi’s father, the late Mr.Satyanarayana, had imbibed in his children (Murali was the youngest of his nine sons) the values of hard-work, dedication, and education; that is precisely why, despite the sheer difficulty and implausibility, he had all of his children go to school to gain education and knowledge.

But, as things would have it, Murali being the youngest of them (and because of that, perhaps, a little pampered) was not too much into it. He himself expressed as to how his grades at school were not so good right through higher secondary.And he wasn’t very keen on doing anything about it. And not many in the family were sure of what’s to be made of his life, let alone him scaling successes.

That was until he was sent to Manipal (in the state of Karnataka) after completing his ten+2 at the Hindu High School in Machilipatnam (A.P.). One of his brother’s was studying in MIT (Manipal) there, so the family thought may be it would help their little one in some way.

What a prudent decision it proved to be. Murali joined the Bachelor of Pharmacy course at College of Pharmaceutical Sciences under the international university. That being so, it attracted many students from far across the country with diverse culture and (who were also rich). Looking at them spend money like they have earned made him think a lot. Every penny he spent was the hard work of his father and his siblings. That besides, he could not have frittered away the hard-earned money he received from the family, as frugality was the prime mantra taught in the big house-hold. It triggered a thought in him that he would do everything in his power and capacity to be able to equip himself with everything required to see off the financial difficulties his family was facing. That spending like the other students did was just a byproduct and almost an after-thought.

He was now all the more determined to turn the tides – of his educational status, family struggles, and everything else. The best way to do that, he realized, was to turn every stone that he could. First things first, he set right what had been a blot on his otherwise erudite family – his own academic performance. This he did and how. He was a gold medalist for both the bachelor’s and master’s courses of the university (subsequent to him passing his B.Pharma. course with flying colours, he had enrolled for the post-graduate course at the University). So much so that the University recognized his efforts with the “Best Student of the Tenure” award.

With his confidence so high and having turned the tables so magnificently, he now embarked on a professional journey and reached Hyderabad. There he joined a company called Warners Hindustan Company for a monthly salary of Rs.250 (about $4 now).

Being the learned man he had turned out to be (after the early hiccups), he kept himself abreast of all that was happening around – not only in the country but also the globe. As part of it, he found that there was a huge demand for registered pharmacists in the United States (back then). He wanted to try his hands at that – he was very confident of making good of it. Being a university gold-medalist, it was easy for him to get a visa as well as a green-card. But it took him 9 months after the approval to go to the US and pursue his aspirations.

One of the impediments that delayed his foray to the US was that foreign exchange was so scarce around the time (1976 – 77) in the country that he was provided on $7 (with much difficulty). By the time he was married with a son. SO, he took them both along and flew to the US.

He started as a chemist for a company called Fike in San Antonio, Texas.Not long after he became the superintendent of the cosmetic pharmaceutical unit. Thus, he started climbing the ladders of success one by one and, became the vice president and director not much later. His salary also went up to $6500 per month (a whopping Rs.4.5 lakhs at the time!). In fact, he even became a member of American Institute of Chemical Engineers, American Chemical Society, American Cosmetic Society and American Pharmaceutical Association.

He had well and truly arrived…

After having achieved what he had set out to at the time of college (at MIT, Manipal), one would think he would sit pretty and just enjoy life to its fullest. But, the game was unfinished for Mural Divi. One evening on a regular work-day, while on his way back home, there triggered a thought in Divi about returning to his family and motherland. The travails of life had so far meant that he missed India very badly. Now that he was in a position to return and still have a decent enough life while at the same time working in his own country, he made up his mind for the return. After discussing this with his life-partner, who readily supported his decision, he left the shores of the US in 1980.

Return, he did. But what was to be done after that he had no idea. His biggest strength was the knowledge he had acquired as a chemist in the US. Then healong with Anji Reddy (Dr. Kallam Anji Reddy, the founder of Dr. Reddy’s – the leading pharma company of the country) decided to start a company.

Together they together bought a company called Cheminor. It was in a run-down state with reactors being an almost obsolete state. Therefore, they had to invest further into it. Infused capital, man-power, and much more into it and made it one of the leading pharma manufacturing companies in the country, inspite of the so many difficulties faced. Demand grew and they opened up many branches in the state of Andhra Pradesh in due course.

Separation from Cheminor…and the birth of Divi’s Laboratories.

Regardless of the reasons (some say it was owing to differences with scions of Dr. Anji Reddy), he parted ways and decided to set up his own company. Thus he founded Divi Laboratories in 1990 at Hyderabad.

It initially did a lot of R&D before starting to manufacture anything. The shrewd and thorough-bred Murali Divi knew it well that to be able to stand and do well in an almost saturated market, he needed some kind of differentiator. So he smartly decided to stick to creating APIs (Active Pharma Ingredients) which would not pitch it directly against the majors of the world. Instead, they would be his customers. The company is housed in 71-acre facility in Hyderabad and boasts of the some of the people Divi himself groomed while at Cheminor.

What a smart and strategic thinking it was. Today, the company that started with just 100 employees has grown to a healthy work-force of 10,000 people working from multiple units of the country. Further, the company is the world’s largest manufacturer of Naproxen, an anti-inflammatory that is a part of medicines used to treat osteoarthritis.

The company is a star-performer on several stock market indices and today’s has revenues of around Rs.1000 Crores (about $160 million) and is the world’s third largest pharmaceutical contracting firm. What a turn-around for a man considered as the elephant in the house!