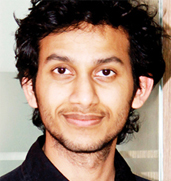 Much like what the acronym ‘OYO’ stands for “On-Your-Own,” the story (so far) of the founder and chief executive officer of OYO Rooms (referred simply as OYO), Ritesh Agarwal has pretty much the same under-current. He has been on his own (so to say) ever since he was still a child of 8 when (it is reported) he got introduced himself to computer programming to becoming the youngest CEO of a company at 16 (some dispute the claim) of a company called Worth Growth Enterprises, to writing a book when he was just into his teens, to giving a slip to education to pursue what he liked such as founding a company that was in-line with what he thought, to creating an all-new platform –unlike the other start-ups of the country which are the so-called “Indian-versions” – to becoming the first Asian to get a the much coveted “20 under 20 Thiel Fellowship”. Yes, true to the brand acronym – he has been on-his-own and, in being so, he has created a niche for himself and the company he founded as a teenager and saw it grow from a 1-room, 1-city status to today boasting of an inventory in the range of 6,500 hotels (with about 65000 rooms) spread across more than 200 cities and, what’s more, he has the company on the path to spreading its wings far and across the globe beginning with operations in Malaysia.

Son of a Marwari who ran a small business (his mother is a homemaker) in an Odisha town who later worked for a company, Ritesh was born in BissamCuttack on 16th November, 1993.He grew up in this not remote yet relatively lesser known town of the eastern state of the country.

He had his basic schooling from the Sacred Heart School while he completed his higher secondary (10+2) from St. John’s Senior Secondary School (English, Physics, Chemistry, and Mathematics).

It cannot be ascertained as to when exactly the businessman took shape in the young mind but that he was a coder and participated in events such as the one conducted by Tata Institute of Fundamental Research (TIFR – unconfirmed) we know. To satisfy his parents (wash away the school drop-out tag from their mind) he enrolled for the Indian School of Business & Finance (Delhi) – which was actually an international programme offered by the University of London.

But, as we now know it, he wasn’t into it – his was a wanderer who kept travelling to research deeper into his business ideas and participate in entrepreneurial events – which interested him much, despite not much pedigree into that area.

Consequently, he dropped out of that programme and continued with his quest for avenues to express the business ideas germinating in his mind.

Call it serendipity or experience or whatever but it was his theses travels that entailed staying in budget hotels or cheaper hotels to be precise that actually gave shape and form to the business idea that is now called as OYO rooms. He found that firstly there weren’t many options for travelers when it came to decent budget hotels. The problem was further compounded by the fact that whatever was on offer was so sub-standard and mediocre even that not many in the civil society would chose them for their stay during travel (unless forced to).

Thus, with this bad experience as the base to build on, he went about doing more research – being the son of a Marwari - known to be shrewd, astute, and a keen sense of business. He further found that the unbranded hotels – the segment the likes of him would be interested in staying in had about 1.8 million rooms in the country compared to just 112000 in the so called branded segment.

That means, there were hotels which people like him – short on budget – wanted. Only problem seemed like finding them was difficult. So, being the techno-biz guy he was, he started working on a platform which would aggregate all such unbranded and budget hotels and make them accessible for commoners like him.

He started off with a single hotel to see the efficacy of his idea in Gurgaon (now Gurugram). The hotel had 14 rooms of which Oravel took 11 to try out the concept. He brought in an expert hand in advertising and worked tirelessly to proliferate the service further.

He slowly built the team of developers and support executives and continued operations. He realized there were few things that still needed to be ironed out. Expansion – unless tested in deep waters, the quality of his concept would not sustain. That required funding – so he managed to bring a local venture partner and helped infuse a capital of around Rs.2.8 million.

While he was busy with formalizing and streamlining the business model along with struggling to keep afloat in the midst of some payment issues (for outside agencies whose services and platform were hired to further the concept) – everything looked difficult.

But, being the man made of sterner stuff – despite his young age – he was able to sail the ship of Oravel through quite admirably (some critics deny him the credit). Along the way they rebranded the company to call it OYO Rooms – something akin to him intrinsically – Own-Your-Own.

While they were doing all this, he came to know about the ’20 under 20 Thiel Fellowship’ offered to school/college drop-outs - a scholarship program run by PayPal co-founder Peter Thiel. After doing all the groundwork required – he applied for it.

Luck favors the brave and Ritesh was brave enough to think that he was deserving of it, so it was no surprise for him when he was awarded the fellowship of Rs.3 million (To be paid at Rs.2.7 lacs a month for a year). That is when everyone else realized there is something really different, perhaps even special happening in the Indian travel / hospitality and start-up market.

He was the first Asian to get that – no small feat. Especially for such a young bloke. With the much needed capital in hand, Ritesh and co. now set about putting into place the differentiator of OYO.

Ritesh had by now come to realize that availability of budget and unbranded hotels was not the issue, which was the base for him to start a Airbnb kind of service in Oravel Stays. The real issue was quality and standardization. So, he and the team worked tirelessly to bring in sweeping changes to the unbranded hotel sector in the country.

Today, thanks to Ritesh Agarwal and OYO, about 65000 rooms across 220 cities in the country follow 30-quality standards that a part of a huge 160-item check-list. The company makes sure that all under the OYO brand strictly adhere to these standard by religiously enforcing them. They have a quality audit of each hotel under it – every 3 days.

Soon funding from other venture capitalists flowed and today it clocks at $130 million – a giant, giant leap for something that had started with Rs.60,000 from the pocket of India’s youngest entrepreneur ever – who also wrote a best-selling (unconfirmed) book called “Engineering Colleges of India’ much before he even clicked in business (unconfirmed).

Along the he has had friction with people – as it is with most start-ups. Allegations of foul-play, ethics being compromised etc. were thrown around – which seem part and parcel of the start-up culture (as vindicated by view of one of the early investor in the company). Despite all this, Ritesh Agarwal has been able to do what no other Indian start-up has been able to – find a place for its niche service. He didn’t cop[y the concept – his is the original one. And he proved it is workable and even profitable. On way to entering the Unicorn club of India; and it shall be, at the pace it has grown, sooner rather than later.