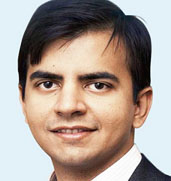 Using technology to reorganize existing markets and make them more efficient. That is the under-current of most of the start-ups that we have seen rising lately. Ola Cabs is no different. The so-called Indian counterpart or contemporary of the taxi-hailing service Uber, has been doing it differently than some other internet or ecommerce startups of the country – who, it has to be said – had a decent enough head-start over their competition. Therefore, the co-founders Bhavish Aggarwal & Ankit Bhati, weren’t served the success it has achieved in a platter.They had struggled and had some very difficult times before striking the right balance and the formula for success in a very homogenous market.In fact, during the first few months of the services operations, both the founders did everything from attending customer calls to driving passengers to the airport.

Along the way they had to invent and re-invent themselves on many an occasion. Both of them being first-time entrepreneurs they had everything to lose from a business point of view, except their passion and the burning desire to do something really helpful to the commoner – using what they were good at: technology.

They saw through many difficult stages of the evolution of their business. Right from the money required for sustenance during the prototype stage to attracting and retaining top talent when it was a small company, to handling growth when Ola blossomed into a real booming start-up and to, as it is with most businesses, fending off competition or staying afloat in the midst of heavy competition from proven global players, to churning out creative strategies not only to ward off the threat but also to give themselves the service edge that is so crucial in a fragmented market.

It is to Bhavish’ and his college-mate co-founder’s credit that they have not only sustained in a well in a fiercely competitive market, but have also reigned supreme on the market share. It is reported that Ola commands a whopping 75% of the cabs marketplace in the country (while some dispute the claims) and the nearest competitor (read Uber) coming second at one-third of that share (Uber reportedly believes it already has 50% of the market share). Regardless, of who’s account is true, what remains to be marveled at is Bhavish who started out so very young as an entrepreneur, did not know what an ‘org structure’ was (It was one of the things asked by a potential investor back in the early days of the service when it was looking to infuse some capital into the business), nor was he aware of what the regular financial jargon such as ‘top-line’ or ‘bottom-line’ were.

It can be argued that perhaps it was his raw talent that allowed him to pursue his passion so unflinchingly and make it big (of course, in the face ofsome early adversities) without having to worry about things that didn’t expressly matter to him right then.

There are so many instances in the modern era of the country that was marked by a steep rise in industrialization where the founders didn’t have the benefit (for whatever reason) of completing their education. In almost the same vein as them, there is this recent crop of business leaders – the quintessential entrepreneurs- from India that has had a very credible educational pedigree. Most of them hail from the premier institutions of the country: some from the Indian Institute of Technology (IIT), some from the Indian Institute of Management (IIM) while some from both – and all of them seem to carry the flag of their respective institution with as much pride and purpose as any other in the world

Like them, Bhavish Aggarwal too is one of the torch-bearers of India’s uber-cool entrepreneurialism. Born on 28th August in the city of Ludhiana in the naturally gifted Punjab state of the country, Aggarwal went on to complete his bachelor’s in computer science and engineering from IIT (Mumbai) in 2008.

Early spark of the genius

He joined Microsoft Research Indian (as research intern) right after graduation and through the course of the brief stint he was able to file four patents besides publishing three papers in international journals. Then he was made as assistant researcher in which capacity he stayed for the next two years.

For a tad more than two years (24 months), he followed the 9-5 regime and did the same stuff every day, almost. Perhaps not very keen to continue that regimented kind of routine, he decided that he needs to do something of his owns – perhaps make use of technology to help makes lives of people better.

There’s also a theory that the idea to start a taxi hailing service (for outstation visits and guided tours) germinated in his mind after his bad experience with an existing taxi service which kind of left him stranded on a highway after a pricing / tariff dispute – with the driver of the tax ostensibly ask Aggarwal to pay more than the agreed fare. Whether or not there’s truth in that tale, we can only say, whatever it was that sparked the enthusiasm in the young Bhavish – he was all of just 25 years when he decided to jump into the cauldron of the big-bad business world.

He floated the idea with his college-mate and friend Ankit Bhati and the two soon set about working toward making their idea work – for them as well as the millions of taxi-goers of the country.

The dismal and not-so encouraging start…

The techno-duo from IIT Mumbai started off by building a technology platform called ‘Olatrips.com’ that would let people book cabs for outstation trips. Bhavish says it was on the lines of what Makemytrip and Redbus were doing for air travel and bus services respectively.

But they couldn’t sustain it for long and shut shop in just four months. They were down for sure but never out of it. Bhavish and Ankit did not let this early set-back demoralize them. Instead, it only spurred them on to dig deeper into all aspects of their initial venture – what was good, what wasn’t, etc. When they did that, they realized they had been playing in a market which was only a fraction of the bigger market that lay untapped: the urban citizens’ needs for commute. They realized that city travel was the pain point of many Indians. They saw immense potential in catering to this need of the urban folk.

Thus, Olatrip – the online platform for booking outstation tickets (short duration tours and holidays), became Ola Cabs - the online cabs marketplace. The company started off the service in Mumbai in 2011 and slowly spread to the other major cities of the country.

They made mistakes along the way and learnt from them, and did course-corrections where warranted. Earlier it was only through either phone calls but soon it evolved to take an online form and the mobile app helped it penetrate the market further.

Despite being in the market for two years, by 2013 when Uber made its entry into the country, Ola still had a lot left to do. It was only doing 2000 rides a day across the country of 1.2 billion people. As they, competitions breed quality and leads to success of the one who delivers quality. While many would feel threatened by the entry of an established global competitor, Bhavish and his Ola did the opposite.

He saw a window of opportunity that said here’s your chance to prove that you are good, too good. Sometimes monopolies hide the inadequacies of the player. Not that Ola had a monopoly – there were others too already plying their trade in the market – Meru, Dot cabs, and hundreds of other local players. But, still Ola was the most well known nationally as a cab service.

The fact that it was founded and run by Indians also helped it grow inspite of Uber’s entry. The company knew the country-folk too well and their respective requirements, unlike its competitor which had until then only seen standard or similar business needs. Thus, after having started off as Olatrip.com, pivoted to outstation car rental (which moved to intra-city), it launched auto-rickshaws which was a big experiment. Then came things like food and grocery delivery, and Ola Money - their payments platform. And all of these besides the experiments with Ola Cafe and Ola Store meant that Bhavish and co. were richer in experience and were better placed to serve the needs of the local commute requirements of city dwellers of the country.

Ola has joined the Unicorn club (companies with a valuation of $1 Bn) – in fact, surpassed it to sit at a valuation of $5 Bn. Not surprisingly so – today it operates in more than 100 towns & cities of the country compared to just one-fourth of the presence. Has introduced innovative services such as Prime, Mini, Share, etc. to offer commuter of all kinds with the option of their choice. So, in a way, it can be said that he has achieved what he had set about to when he left Microsoft Research India. Of course, there’s still a lot to be done and achieved which we can anticipate to happen in the not-so-distant future – given what’s brewing.