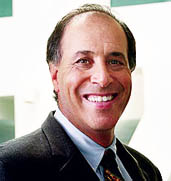 When Carl Bass took a break from college education and went to the far-west during that break, he was initially doing boats repairs. Through the course of this journey, the entrepreneur in him was sharp enough to observe that people were spending an awful lot of money in boat repairs. This appealed to him as an opportunity to look at new business – that of building sailboats. These qualities weren’t in-born in Bass or were never imbibed in him by his parents who had never ever asked him to do anything like this. As parents all they wanted bass was to go to school, do well, and go to college.” In fact, even as a child he didn’t much tinker with anything (the most he did was screwing in a light bulb).

So, where did the inspiration to build stuff come from? In his own words, Bass attributes it to the book a college friend gave him- to this day Bass doesn’t know why his friend did so. The book was about building furniture. Perhaps the friend had seen the spark that Bass himself never realized he possessed.

But, respecting the friend’s gift, he starting look at stuff that the book had to offer. His interest in building stuff, especially furniture, started to increase as he took in to the book teachings. That is how, as we now know it, Carl Bass built things.

Today’s his vision and the products that he built and helped build through the course of a three decades and more of wisdom, enterprising activity, and leadership, are being used widely across the globe people from all walks of life and not just the construction industry- for which his products were initially built.

In fact, while the company’s products are purpose-built for something, many people have taken the tools and done things it never imagined with them. In some ways, he attributes this aspect that has partially led to the company’s success.

Born (18th May, 1957) to a chemist father and school teacher mother in New York, Bass went to the Cornell University to pursue a Bachelor of Arts course. However, the enterprising self that he was, he didn’t tread the regular path and took a break from college to do what he wanted to do – went to Seattle & Maine where, for the next five years he built boats, furniture, and sculpture. If rules had permitted, he would have perhaps continued doing that for a bit longer but since they didn’t (if one didn’t return to college after five years of a break, one had to do it all over again from the beginning of the course). So he went back to Cornell and graduated in 1983.

Entrepreneur and leader all the way

For ten years during this phase of his life, he studied mathematics and worked in wood shops. Around this time, he and a friend co-founded a company called Flying Moose Systems and Graphics Limited in 1981 which later became Ithaca Software in 1984.Bass was its Chief Technology Officer as well as Chief Executive Officer and the company helped commercialize HOOPS – the 3D graphics system originally developed at Cornell during his college days.

To evangelize what they had built and to further gain a foot-hold on the business, he moved the company to the Bay Area (California) and plied their trade there for the next ten years of so.

In 1993 Ithaca Software was acquired by Autodesk, a San-Rafael based graphics company which was also founded around the same time as it (Ithaca Software). There he architected the revolutionary and much popular design software – AutoCAD which went on to become Autodesk’s flagship product.

The 2-D & 3-D computer aided design and drafting software not only helped Autodesk to become what it is today but also proved to naysayers (including then CEO of Autodesk Carol Batz) as towhy he was special.

It so happened that Bass & Batz generally didn’t really get along well – from what it appears, there was a general discord and mismatch in their approach towards things that the company did. So, Batz fired Bass after the two-year contract (that was entered into) ended.

But his co-workers – the other engineers who worked with him and had a chance to know Bass better, impressed upon the management including Batz as to why Bass is required by the company for a new project – they treasured his software development skills and general expertise. Accordingly, Bass was re-instated as the chief architect only after five months since his forced exit from the company.

He stayed there for four until 1999 when he once again felt the need to do something `different and left. This time round it was to launch a company called Buzzsaw. He was the President and CEO of this company dealing in online management of construction projects. Autodesk had seen first-hand what Bass was capable of, so they offered Bass yet again to acquire this company he had founded in 2001. This time round however, he returned to Autodesk with Buzzsaw not as the chief architect but as its chief strategy officer and executive vice president – a position he served for one year.

This was followed by a spate of leadership roles such as senior vice president of the design solutions group (served in that capacity for two years up to 2004), followed by being the Chief Operating Officer for the next two years, and then as the interim Chief Financial Officer for one year.

When Carol Batz got an offer to replace Jerry Yang as the Chief Executive Officer of Yahoo! In 2006, despite the initial differences with Bass, she actually proposed Bass as the right candidate to succeed her in the CEO position of the company. And thus, Carl Bass was made the CEO of the company in 2006 in which position he continues to serve it even today.

After Batz exit from the company, Bass knew there had to be a renewed focus on several fronts. He started with expansion of the company beyond its core AutoCAD software through acquisitions and new product development. Then he led the successful transitioning of the company from 2D to 3D design.

Another aspect that he laid great emphasis on was on vertical markets with a focus on model-based design, simulation and lifecycle management.

It is these innovation drive under Bass’ direction that Autodesk was able to introduce consumer-oriented products such as SketchBook, a mobile painting and drawing app with millions of users.

In fact, in just a couple of years after he took over from Batz as the company’s CEO, he helped the company to gain recognition from Fast Company. It was ranked 25th on the list of "The World's 50 Most Innovative Companies." In March 2008.

He is married to Daryl Austern and the couple have two children. Having shifted base from his native New York to California three decades ago and settled in Berkley, he owns a workshop new his house where he designs and fabricates objects made from wood, metal, and stone.