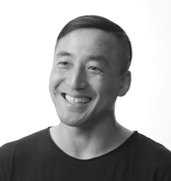 He has created a $300 million empire out of fun. Naysayers might say the company is yet to earn a single penny in the fours plus years that it has been in operation. That is what they said about Google too about a decade-and-a-half or so ago. Now look at what it has done. Alex Chung, the serial entrepreneur, geek, hardware engineer and what-not, has created a platform or a search engine of its kind that has essentially become the ‘Google of GIFs.’ In fact, it’s turn out to be so good that even Google – the Goliath of online search- wasn’t able to compete or do anything about it.

Alex Chung has degree in philosophy, electrical/computer engineering, and graphic design. A commoner might wonder what a person with such varied educational background could make of his career.

Well, anything. Just about anything. Loot at Chung who started his career with Intel as a hardware engineer, then went on to herald the concept called interactive television, and founded some companies (services), and then, feeling bored, vexed even, took a sabbatical from the start-up journey to, just unwind.

One evening in the February of 2012, which was also the period he had planned to enjoy a much-needed break from years of regular enterprise activity, start-ups, and media-related offerings with MTv, he was sitting and just chatting with his friend and compatriot (since Betaworks) Jace Cooke.It was basically akin to small-talk (Chung says it was a nerdy conversation about analytics philosophy and the future of language. We were trying to figure out how to create a new vocabulary and think about what humans could say beyond just words). The two were looking at GIFs and talking about how this type of media could become the language of the future.

They took the conversation forward and realized there aren’t any services (in fact, not even a single one, even Google didn’t help), to search for GIFs online. So, that was the moment. In about a week’s time from the time the duo had discussed about it, Chung had come up with a basic version of the algorithm for the GIF search engine (He had even called it ‘Google of GIFs’ briefly, not knowing that it would eventually become that, beating Google itself to it).

The algorithm indexed tens of thousands of GIFs and launched it. The response was enormous – just within an hour, Chung and Cooke realized that they had, so inadvertently, created something potentially as big and as fascinating as Google. In fact, GIPHY had about 30,000 searches in a just a week since it was launched.

Chung knew that what theyhad created along will get its rightful place under the sun only if he had the right people, despite the fact that within just a week of its launch, GIPHY had a $1 million investment offer (and many more were to follow in the next half-a-decade). That is those who shared their vision, passion, and aptitude for this different kind of work. With experience of working with a number of start-ups, Chung knew it would be hard to find the kind of people (colleagues) you would want to work with every day.

So, first things first, Chung and team mobilized a good group of friends to work along with for the company. Again, this (getting in friends to work along) was based on his learned observation that while companies go up and down, what you want is a set of hands that you can rely on. In his case, they were his friends. But, even that had a nested problem as how long can you wait before those trusted friends (for whatever reason) find themselves out of job. But, he got this part right.

Next up was the question of scale – having hit a bright spot was one thing and see that rubs over millions of users was quite another. But he and this team were up to it. They slogged it out and, today, GIPHY has grown manifold – from a 3,000 visitors per month to about 150 million visitors – that’s like 50000X – in just a matter of 4 years. They must have done something absolutely bang-on to get there.

So how did they increase the monthly (visitor) numbers 50K times? It was hard work. Real hard work. Right through the entire first year after its launch, the GIPHY team burnt midnight’s oil in achieving search engine optimization (SEO). That’s something easier said than done. Even the best of them can’t seem to get it right inspite of much investment, time, and efforts. We can safely say that since GIPHY had itself built a search engine (albeit a totally different one from that of Google) – so, wouldn’t the creators know what is likely to work best? Beyond that rhetoric also lies the man’s vision and the approach he employs to see that vision implemented.

Apart from the ones discussed above there were some others factors that played a critical role in helping get GIPHY to where it is today (valued at $300 million and still growing). Alex Chung was very clear about those and he made sure they were fully harnessed. They were:

The fact that it was the age of smart-phones and their penetration (mass adoption) across the whole world. They were the catalysts, Chung seized, that gave one the ability to take a snap (photo) and share it with whosoever you’d want to.

Making photos/images etc., so lo-fi (low fidelity) that they can be sent to anyone, anywhere seamlessly.

Continually increasing bandwidth speeds and their cost coming down – making it accessible by a large cross-section of the society.

The company’s approach towards GIFs – they first had to invent a GIF licensing concept – about which no one had ever heard about.

Then, the next smart thing was tobuild relationships with content owners (and even buy / acquire as much GIF content that is already there) so that it can be served without any copyright or infringement issues.

Plus, building (not manipulating, mind you) on the human trait that visual strike you more than the written content (words). Chung was very sure of the model (although it didn’t start off as a business in the first place. All he and his team wanted was to help people searching for GIFs – help them experience the joy of seeing a visual in multitude of perspectives and shades).

If its images or photos and you are looking at the whole world with myriad cultures, varying tastes, and demographics, then Chung better had that figured out. He knew that if GIFs were elemental pieces of culture, then it was a no-brainer that all of those cultural moments were going to come from people building that content. So, right from the very beginning, Chung and company started working closely with all the major movie studios, television networks, production companies, music labels, and a host of sports leagues – as these were the folks who are instrumental in creating the base from which GIPHY could carve out its delectable GIFs.

The idea really was to turn big pieces of culture into language by chopping them into little pieces (meaning making GIFs).

Next distinct approach GIPHY and Chung adopted was to go real-time. Working in conjunction with the content creators (mentioned above), the 50-odd workforce of the company now makes GIFs on-the-fly. Like capturing that one ‘wow’ or special moment while being at the Oscars / Golden Globes / Grammys / and debates that warrant global attention. The trick again is to amplify those moments by snipping the whole and showing something unimagined, special, or seemingly insignificant (to others) but that when made into a GIFs – could appeal like anything.

Work on the fundamental need for repetition – the basis for GIFs – was core. But, to make an impact in an infinitesimal span of 3 secs is niche. That’s what Alex Chung and his team at GIPHY have done.

If there was one thing that Alex Chung didn’t worry or even think about since the beginning of the GIPHY journey, it was the financial aspect of it. Investments came in, grew with time along with the services, and many hands joined in. But, let’s not mistake his passion for lack of business acumen. After all he was an entrepreneur before (successful one at that, Artspace, The Fridge, General Displays, etc.). He opines the company is going to monetize through non-intrusive advertising. And they are going to make tons of money.