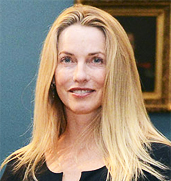 Being the better-half of a successful businessman is not always an easy thing to be putting up with day-in and day-out. Because the expectations of you in every facet of life, from one and all, are too many to live up to. They are sky-high if you happen to be the wife of one of the most successful and pioneering man who almost single-handedly brought about a revolution in his industry and, consequently, every other industry on the face of earth.

The weight of expectations becomes even more unmanageable if you are yourself very skilled and have proven your abilities. Laurene Powell Jobs, the widow of Apple’s founder, the late Steve Jobs, has been able to not only rise to the occasion every time her role has been called upon, but even exceeded, and surprised even, many with her own style of entrepreneurshipthat revolves around philanthropy and, which is very refreshing even from the perspective of social entrepreneurship.

Apart from the little matter of controlling an enormous stake in The Walt Disney Co., (about 7.8%) and other assets (some built by herself besides those she inherited from Steve Jobs), she serves (per her biography) on the boards of directors of New Schools Venture Fund, Teach for All, OZY Media, Conservation International and Stanford University.

It is evident from the nature of these organizations as to what she wants – be socially uplifting. And she has done justice to all the wealth she has inherited from her enigmatic and super-successful late husband, by putting it right causes.

Her multi-faceted life – single mom of three children (perhaps, of the least concern to her), angel investor, entrepreneur, and philanthropist, makes her truly stand-out as an inspiration to many on this world – who are blessed with immense wealth and talent even but who lack the compassion that is so much treasured.

After graduation, she worked for Merrill Lynch Asset Management and followed it up with a three-year stint at Goldman Sachs where she worked as a fixed-income trading strategist.

With the intention of equipping herself with the wherewithal required to propel her life forward (although she had, perhaps, never ever imagined it to be what it has been), she moved on from Goldman Sachs to pursue a course in business management from the Stanford Graduate School of Business in 1989.

It was scripted, no two ways about it. As they would all new students at the famed business school, many things excited Powell and got her hooked on to them. One of them was business lectures by successful people. Around the time (October 1989), Steve Jobs gave a lecture at the University (it was called “View from the Top”). While Powell sneaking in to the front of the lecture was serendipitous, getting to sit beside the inspiring Steve Jobs, and starting up a conversation were not. In fact, excited as she was, she wanted to explore more about the man who had achieved so much and was part of a technology revolution.

They hit it off so well that they had dinner together that night and, eventually, married in 1991 after two years of courtship. (The marriage lasted until death did them apart – in this case, that of Jobs’ from a prolonged pancreatic cancer). They had three children and it would be expected that being well cushioned on the financial front, Powell need not have done anything else than being a good home-maker (which she was anyway).

But, extra-ordinary people have a different streak. They just don’t follow the paths that commoners tread on. So, co-founded a natural foods company called Terravera, which sold to retailers throughout Northern California, besides serving on the board of directors of Achieva, the company that created online tools to help students study and be more effective at standardized testing.

Those were definite signs of the entrepreneurial spirit in Powell: but, with a difference. The basic under-current of all these as indeed everything else she would do later, serving the people of the world – albeit in her own way.

In 1997, joining hands with Carlos Watson, she co-founded College Track, basically a not-for-profit organization in (East) Palo Alto that aimed to improve high school graduation, college enrollment, and college graduation rates for "underserved" students. What sparked the enthusiasm or passion towards working for a totally different cause was that she was struck by the plight of some students in a neighborhood high school, who she thought possessed the courage and drive, but lacked the gateways to achieve their dreams. She deemed it as unjust, and that very moment she got inspired to launch this program (College Track).

With facilities in Palo Alto, Sacramento, San Francisco, Oakland, Watts, Boyle Heights, New Orleans, and Aurora, Colorado, the organization has been a grand success so far what with almost 90% of the College Track high school graduates going on to attend four-year colleges (as opposed to the national average of just 24%).

Powellco-founded the Emerson Collective 2004, with inspiration from essayist, lecturer, and poet,Ralph Waldo Emerson, with the primary objective of working to improve the quality of public education, advance immigration reform, support and scale social innovation. It uses a wide range of tools and strategies such as partnering with entrepreneurs and experts, parents and policymakers, advocates and administrators, to spur social change and promote equality.

We say Powell is one of the very few extra-ordinary persons who are strong enough to not only come to terms with a personal loss such as the demise of one’s spouse, but also continue with their vision for life, not for nothing.

We all know Steve Jobs’ long and painful battle with his ailment. Imagine his wife’s plight during this period? She wasn’t stoic, as some would think, what with her continuing to do her philanthropic work and raising their three children, as if life was normal. If we look closely at her persona, she pretty subscribes to the theory of Emerson, and therefore, she was only doing her bit in this world. More so when she was adequately equipped to do that.

She coped with the eventuality of Steve Jobs’ death with utmost bravery and humaneness.

The ‘angel’ investor continues her work…

She didn’t let her husband’s demise bog her down or break her resolve to do her bit for the society. She continued with her philanthropic work, which is proved by her activities after the sad event.

She is a backer and board member at start-up Ozy Media.

She led the purchase of money-losing digital education business Amplify from News Corp in Nov. 2015.

In Sept. 2015, she made a $50 million commitment to "XQ: The Super School Project," to create new high schools through a nationwide competition that encourages participants to redevelop high school curriculum.

It’s not all about just the society – it is one life and we have to live it to the fullest. And so does Powell. The power lady (in many ways) – knows that life has to move on – the $19 billion wealth she has is put great use through the social as well as personal causes. The properties, boats, yachts, and of course, her husband’s marvel – Apple Inc. She is well and truly into everything – making the most of everything life has to offer.