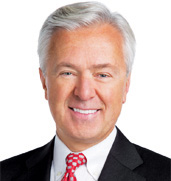 The early life of Stumpf is a manifestation of two things: 1) Adversities (or hardships in this case) need not always mean that one will be more likely to be down and out than up and rising. 2) There are lessons to be learnt if you are face with headwinds early on in your life – provided you have people together and who are willing to persevere along with you.

So possessing precisely those two, Stumpf built a personality that was so strong and refreshingly different in the most effective of ways much later in life as he joined one of the foremost financial institutions in the world.

Coming from a small town called Pierz, in mid-town Minnesota, Stumpf was raised on the family dairy farm with 1o of his siblings (he was second of the Sr. Stumpf couple’s 11 children). Perhaps hard-work, and industry were in his roots – father was of German origin and his mother was Polish. Anyway, Stumpf had to contend with some difficult situations early on in his life, even poverty forcing the young man to work on his father’s farm, milking cows and doing other chores required (he did this until he was 18!). This meant that John’s academics suffered a bit – he had bad grades at school – figured in the bottom half of the class.

But, the family and the children persisted with life and persevered and made their way out of those tough times through education and, of course, along with really hard-work. Particularly, John Stumpf – who owing to his not so desirable academic performance and poor family finances, had to obtain a job as a bread-maker with a local bakery in his home-town for a year.

Then, recouping, he enrolled in the St. Cloud State University (St. Cloud, Minnesota) on a provisional basis, as things would have it before subsequently doing the regular course in earninga bachelor's degree in finance from the university.

Then, he got a job as the repossession agent at First Bank at St. Paul, Minnesota. This led him to think of equipping himself with more skills such as management et al. As a result, he did his MBA with an emphasis in finance from the Carlson School of Management.

Then, before, after, and thereafter…

His first major break in the big league – especially for someone hailing from modest living – came in 1982 in the form of a job in the loan administration department of Norwest Corporation, which Stumpf could guess many to be thinking of as an airline company rather than a finance one and which was subsequently known as Northwestern National Bank (The predecessor of Wells Fargo). So, in a way Stumpf has been with Wells Fargo since its inception (or even before that).

Having seen the difficult form of life, Stumpf was wise and industrious enough to make good of the opportunity. He did so well that he was gradually promoted to the post of Senior Vice President (no mean feat for a small-town bloke!) and chief credit officer of Norwest Bank, N.A. Minneapolis, where he held many management positions (as indeed at Norwest bank, Minnesota).

Stumpf just didn’t sit back on his laurels after that too. He was asked to assume responsibility of Norwest Bank Arizona in 1989 – what an achievement in well under a decade for someone with such humble beginnings.

Two years later, he was asked to assume further responsibility as regional president – this time, in addition to Arizona, he had to look after the Bank’s Colorado wing as well, which he did for the next three years up to 1994, when another state, Texas, was waiting to benefit from his capacity as the as regional manager of the bank. In the four years that he was there, Stumpf, oversaw and successfully led the bank’s acquisition of 30 Texas banks with a total assets amounting to be about $13 billion (USD). Again, that was some achievement for Stumpf, who would gain much confidence that would stand him in great stead.

Stumpf became the head of the Southwestern Group in 1998 after the merger of Norwest Corporation and Wells Fargo & Company, where he would look after the new entity’s operations in the states of Arizona, New Mexico, and Texas). The trend followed and more states were added under his leadership of the Western Banking Group (Arizona, Colorado, Idaho, Nevada, New Mexico, Oregon, Texas, Utah, Washington and Wyoming).

And history was created…led by Stumpf

The first decade of the new millennium was a defining one for both Wells Fargo and Stumpf. He led the successful integration of Wells Fargo’s $23 billion acquisition of the Salt Lake City based First Security Corporation in 2000. Not much later, in 2002, he was named Group Executive Vice President of Community. He was made President of the company in 2005,elected to the Board of Directors in 2006 and the added responsibilities helped him deliver more for the company.

Accordingly, Stumpf, who was elevated to the post of CEO in 2007, helped it grow without even losing its basic fabric. Just one year into the leadership role, he led the company successful purchase of Wachovia in 2008- believed to be one of the largest mergers in history.That too at a time when the sub-prime bubble was about to burst on not only the U.S. but the whole world.

Another factor that has helped Wells Fargo from the leadership of Stumpf is that he has retained the basic nature of the bank – that of seeking deposits and lending, that’s all: no other gimmickry.

Another culture that he was able to embed in the company working DNA was team - focused on the team, making them realise and feel the value of plural pronouns — we, us, and ours instead of I, me, and mine: values that he learnt from his day on his father’s dairy farm.

This has meant that of the mammoth 2,80,000 employees that leads, there is fair representation of multiple cultures based on the bank’s location, where it makes sure they build stores that remind customers that the bank is in tune with their culture.

Finally, one can only say that, Wells Fargo and John Stumpf – have mutually well served each other – as indeed their customers.