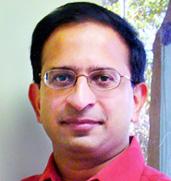 It might come to some as a surprise that what started off as just a platform meant to enable interactions among Indians worldwide–precisely a collaborative article-writing portal, transformed into a medium that offered free email accounts-has in just a decade-and-a-half (started the online advertisement to those who might be interested in publicizing and promoting their website via Sulekha) become one of India’s largest and fastest growing digital platforms in the local services and listings ecosystems.

This brainchild of Satya Prabhakar and Sangeeta Kshettry (Satya’s better-half), today has revenues of around $30 million USD with well over 800 categories serving millions of users (more than 2 million each month) and local businesses, also boasts off as being the largest online platform in India in terms of having more than 75,000 paid local service providers who cater to the service needs of Sulekha users. From a mere two employees, today it employs 1,500 plus spread across in 15 offices in India and the United States.

The story of Satya Prabhakar and Sulekha.com is one of intuition, innovation, improvisation, and perseverance in the face of many turns and much turbulence.

Satya Prabhakar was born in the small coastal town of Machilipatnam, just about 40 miles from Vijayawada in the state of Andhra Pradesh (India).He had his schooling from Nirmala High School and the Hindu College (both in Machilipatnam). Then, like most of his age seemed to do, he went on to pursue an engineering course. He completed his engineering in electronics in 1984 from the famed National Institute of Technology (NIT - back then a regional engineering college), Tiruchirapalli (or Trichy as we have now come to recognize it). He also has a master’s in Computer Science / Electrical Engineering from the University of Florida (US) and topped it with an MBA from University of Florida (US) – Warrington School of Business.

Satya Prabhakar started of his career (January 1985) in Chennai in the chosen field of electronics with a multinational – Philips, the (Dutch) international major which was just about finding its feet in the country. After working there as an acoustical engineer for about one year (8 months to be precise) during which period he was part of the teams that did the complete installation of Public Announcement and EPABX/Intercom systems at the Chennai International Airport and at the Renigunta Power Plant, he got a break from a leading company – Tata Consultancy Services (TCS as we know it).

He joined TCS (more specifically Tata Research, Design and Development Center)as a Technical Advisor. As part of the same was involved with the knowledge systems design - advising and playing a key role in the initiation of multiple technology projects in the areas of database integration, expert systems integration with massive databases and predictive control systems, besides holding several courses on Logic Programming Languages, and Federated Database Management and Integration. Again, like at Philips, he packed all of it in just a year. After which he decided to have a further go at studies (remember, he had joined Philips right after engineering from NIT).

In what would be considered as a very surprising move, and shocking even, he let go off the opportunity to study MBA at the renowned Indian Institute of Managements (Ahmedabad, Bangalore, Calcutta, and Lucknow) – having gotten selected into all four – to pursue a masters in computer science and electrical engineering from the University of Florida, Gainesville, FL (US).

He followed it up with another masters from the same University – albeit in Business Management from the Warrington School of Business in 1989. So, there we have, the technical brilliance and the required business skills all duly acquired and ready for an exciting future.

But entrepreneurship had to wait for some more time as there needed to be sound hands-on experience besides of course the much needed investment to back the vision.

Job stint in the United States

So, he started off his preparation for the future with a job at Honeywell in 1989 – right after finishing his MBA. In the 6 years (almost) that he was with the company – during which he was rose to the position of Senior Principal- Satya Prabhakar had many achievements to his credit.

From leading (multiple) key projects (worth multi-million dollars) as program manager and principal lead, in the process developing key technologies in the areas of database integration, federated database management, real-time audio and video management and multimedia database integration, to a multi-year technology development program for US Air Force that developed real-time multimedia technologies for operational control – he had done it all. In fact, he learnt some key business skills at Honeywell through the course of forming multiple alliances for the company with other technology groups in other companies and academia with the aim of developing collaborative technology development and deployment programs.

The experience of Honeywell stood him in good stead in his next job at AT&T too, where is worked for about five years as Senior Program Manager. Like at Honeywell, here also Satya Prabhakar was instrumental in many key initiatives that were to shape the future of technology (in the years to follow).

Everything was hunky-dory for him at AT&T. But after twelve years of job during which he had essayed various roles in technical research, product development, business development,as indeed general management roles, he was itching to do something.

So in the year 2000, he along with his wife Sangeeta Kshettry launched an online an interactiveplatform called Sulekha.com for Indians. The objective was to facilitate easy interactions among Indians worldwide. Soon it turned into a collaborative article-writing portal that also offered free email accounts for Indians.

Somewhere through the course of this period, Satya Prabhakar, trained for business and filled with all the required acumen for launching an enterprise activity, saw a window of business opportunity open up for Sulekha.

The couple realized that small and medium scale business (SMB) presented a huge potential. Many of the SMBs never advertised through traditional media as their business, is by nature, very localized. Sulekha was just what they needed. So working on this hunch, they went cautiously commercial in 2002, without ever compromising on the basic premise and fabric of the portal – ever so intelligently amalgamating local searches, classifieds, and ecommerce which is then powered by member blogs, answers, reviews and ratings.

In fact, they even took it to the next level – they helped businesses with leads. So, what started off with a mere two employees now required hands and much investment. Talent was available but for the latter, Satya put in all his savings and decided to tread on independently until they had their feet firmly fixed in the business.

Up until 2006, they did classifieds only in the US but they knew – if it was SMBs, then it had to be an economy like India. But even here Satya and co. treaded cautiously and smartly. As a matter of fact, they didn’t throw caution to the winds by looking at the huge business potential India presented. They chose, instead, to take it gradually – introducing classifieds for local services for cities in the US and Canada, and some in there throwing in a bit of some Indian cities as well. In a way slow penetration was what was required.

The strategy worked really well for the pilot phase of one year by which time Satya had gained enough perspective of the Indian ecommerce market and a full-fledged Indian version of Sulekha.com was launched in 2007. In the almost one decade that it has been in India – Sulekha.com had to weather much storm, competition, and technological upheavals as well as transformation to stay afloat, which it did, and how.

Satya Prabhakar has managed to not only grow it into one of the largest but also most successful, famous, and leading local digital commerce platform in India.