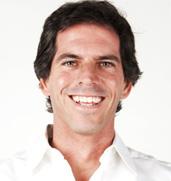 The master of contrarian play, Alec Oxenford, is a serial entrepreneur, technology enthusiast, philanthropist (in his own but effective way), and above all the co-founder and CEO of www.olx.com, one of the world’s largest free classified (online) ads portal that has been a rip-roaring success in India (where it was started), Poland (the most unlikeliest in the list), and Brazil and catching up in other countries barring the United States which anyway is not part of the game-plan (for growth at least)

What are the indicators to him being the quintessential contrarian that he is?

Home Vs some distant nation: When it came to deciding about where to start of the idea with co-founder, the Frenchman Fabrice Grinda, the entrepreneur duo decided against starting safe i.e. beginning operations in one’s homeland (in this case Argentina, whose native Oxenford is), and started it in the far-east -of all the places- in India. Market analysts or anybody else who mattered would regard this as manic, almost suicidal. But, not Oxenford and his co-founder, who were firmly of the opinion that humans are humans wherever you go; their needs are similar (if not same), and hence, their yearning would also be similar. The decision hasn’t gone wrong. In fact, it has only reinforced the duo’s firm belief in their business model (or rather operating model). And today, no one’s complaining about the choice of place.

In yet another contrarian choice, Oxenford believes in investing a good chunk of the marketing budget television adverts. This when most advertisers consider TV as passé. Oxenford’s reasons are pretty straight and logical too. Consider this: A good portion of the almost three billion people reported to be online, have skipped desktop internet and went straight to mobile internet. And the TV adverts directing those online to a website or app actually seem to be working.

Of all the things he has done contrary to the popular, tried, and tested option, the biggest difference has been his lack of desire to compete in the U.S. or other developed countries, when almost the entire world looks upto to the developed world, especially the United States. But he reckons there’s too much opportunity elsewhere. And hence the peculiar choices of India, Poland, Brazil and some other non-descript and off-beat places around the globe!

What makes his so special? His educational background?

Yes and No! Because that most renowned educational institution called Harvard Business School, has in the past produced many a gem of the entrepreneurial ilk, and therefore, it could have had a definite hand in shaping how Oxenford would take his career forward. If nothing else, he would have got enough opportunities to peep into the thinking of other entrepreneurs-to-be at the famed business school from where he had an MBA (1995 -1997, graduated with distinction), and perhaps, gained enough insights about what he would NOT do (as we have seen earlier in the many decisions he has taken which are contrary to common belief and practice in the business world).

He also has a business administration degree from the UCA which he completed in 1993.

Right after business administration degree from UCA, Oxenford joined The Boston Consulting Group (BCG) – one of the world’s foremost consulting and professional services company where he worked for six years up until 1999 (his last role was that of a senior consultant).

Working at the BCG provided him with enough opportunity to know the business world almost inside-out. Based out of Madrid (Spain) and Buenos Aires (Argentina), he got to work on projects in Brazil, Chile, Spain, Argentina, Mexico, and Venezuela, which allowed him to acquire good experience in consumer goods, retail, financial services, electronic commerce, advertising, entertainment, strategy, and process re-engineering. Thus, one can safely say that through the course of the more than half-a-decade of association with one of the premier consulting companies allowed far greater insight into the intricacies of running businesses. His professional life was, post his BCG stint, at a vantage point. Of course, even as he was with the BCG, Oxenford deemed it proper to further hone his business skills to augment his entrepreneurial pursuits, and enrolled to an MBA from the Harvard Business School, which he completed in 1997.

The entrepreneur in Oxenford

Having picked up the business skills required to start a business from his business management education, as indeed from the six years of association with BCG, and being a tech-savvy, internet appeared to be the best mode of starting a business with. Accordingly, he chose to start an online version of trading for the Latin American region which up until then grossly lacked any platform of note. Thus he co-founded www.DeRemate.com in August of 1999. DeRemate.com was an online trading platform that operated extensively in Latin America. Functioning as its Chief Executive Officer upto 2005, Oxenford helped the company become one of the two largest online trading platforms in Latin America. Oxenford successfully oversaw the business growth of the company to over $150 million in gross sales, 5 million registered users and 1.5 million annual transactions, before selling the business in 2005 to an eBay affiliate.

An entrepreneur never sits back – s/he is always on the look-out for other opportunities to make good of. And so was Oxenford who while running DeRemate.com, co-founded yet another internet-backed company, called DineroMail in March 2003. The company was into online payment services. Oxenford was associated with it upto December 2010.

Then he moved on to something big and really bizarre (if one asked traditional business folks). In the January of 2006, he and Fabrice Grinda, the French native and angel investor, joined hands to start an online service that was one of its kind. The service was an online platform that allowed free classified adverts. This was to be the litmus test for either of the founders as they had now embarked on a journey was hitherto untested, and therefore, ill-advised by many.

But not Oxenford and Grinda: Both men possessing immense caliber and courage of conviction dived into the business treading a path that was not only unheralded but was also rid with so much uncertainty. For starters, they decided to start offering the services to a country other than either of their homelands. Being shrewd and aware to what’s happening around the world, they know it was the developing countries that had the most promise for their type of service to be endorsed. And India, with its open-economy and much improved internet adoption than contemporaries, was the natural choice.

They went full-on with their marketing efforts, leaving no stone unturned. In fact, they turned the heat on with scores of television adverts capturing the mind-share of the predominantly middle-class audience with some perky jingles and catchy musical scores. Within a very short span of time, OLX became the go-to place for sellers and buyers of all kinds of so-called junk or paraphernalia that was not required any more but there was still value to be derived from it.

Coming to specific roles, while Grinda has moved on to other pursuits, Alec Oxenford as co-founder and co-CEO, manages the company’s Buenos Aires office where the technology and customer service teams are based, and oversees an organization of over 170 employees and participates in M&A activities in Asia and Europe. The company is the largest marketplace in India, Poland, and, as of last year, Brazil, with 11 billion page views, 25 million listings, and 8.5 million transactions per month, and having grown to 1,200 employees and operating in 40 countries.

He has since sold the majority stake to South African conglomerate Naspers (in 2010) but is still the CEO of the company.