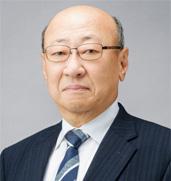 True business leaders will always prove to be effective regardless of the field of business activity they are heralding. Take for example Nintendo’s President & Chief Executive Officer, Tatsumi Kimishima. The man who worked for a bank for almost three decades switched to a consumer electronics and software company (which is today the world’s largest video games company - by net worth) ever so effortlessly. This would have been so difficult to do especially in the face of increasingly mounting competition, with never and fancier concepts. But not for Kimishima.The man put in all his years of national and multi-national experience to live up to the expectations of the company’s management who entrusted him withthe ultimate responsibility after the sudden death of his predecessor, Satoru Iwata.

After graduating from the Hitotsubashi University, Kimishima started his career with the Sanwa Bank (Japan) – one of the world’s most profitable bank in the 1990 – just around the time Kimishima was in the leadership ranks of the company. No wonder it did well during that period!

To be precise, Kimishima started off at a junior level, as can be expected from most competing their education, at the famous bank. But in the next twenty-seven (27) of his association with the bank, Kimishima rose through the ranks, worked in its various segments and divisions, before eventually – almost quite by accident joining Nintendo (via Pokémon).

Sanwa Bank, for most of his career with it, posted him in New York, New York, USA; Los Angeles, California, USA; San Francisco, California, USA; Central America; and the Caribbean where he dealt with corporate planning, international business development, corporate communications and promotions.

The experience, especially the extensive stints at various locations across North America, helped him get acquainted with the culture, thinking, and expectations of the target audience there, which aspect helped would stand him good when his career took a paradigm shift (vis-à-vis business vertical) from banking to consumer electronics – gaming to be exact.

After a very long and satisfying association with the Sanwa Bank, it was time for Kimishima to move on. Accordingly (and much before the latest gaming phenomenon called Pokémon Go had mesmerized the world with its unique gamer experience, which actually saw the resurgence of the company, in a way) Kimishima joined the original The Pokémon Company which had started operating (from Tokyo, Japan) just a couple of years before he had joined in 2000.

Having joined The Pokémon Company as its Chief Financial Officer, no mean post that by any means, here was Kimishima in the thick of things what with the company being vulnerable from a position of strength at the cusp of two millennia.

PokémonUSA Inc. was formed after much rumbling and tweaking between the promoters (Nintendo being one of them) and in 2001 .i.e. after just one year since he had joined, Kimishima was made its first president and ask to herald into the new millennium.

In the next two years that he would be at the company, Kimishima would go on to help market the Pokémon games, which in turn helpedin selling the Pokémon Gold, Silver and Crystal to the Americas.

While he was only two or three years into the new type of business atmosphere, Kimishima got an opportunity to prove his leadership skills when the global President of Nintendo (until then the longest serving president of the company, and the third overall), decided to choose Kimishima as the president of the company’s America unit, when Minuro Arakawa (The company Chairman’s son-in-law &Kimishima’s predecessor at Nintendo America) retired from his post.

This would turn out to be the opportunity to showcase his leadership skills, business acumen, and overall management skills. And Kimishima didn’t disappoint. The appointment, it has to be said, came at a very critical phase of the company’s history in America, when investor confidence had been low owing to the departure of Arakawa and Howard Lincoln (Former Chairman of Nintendo America and the current Chairman & CEO of Seattle Mariners baseball team).

But, Kimishima did let the situation get the better of him. In fact, he made good of the situation to prove what he was capable of by helping maintain Nintendo’s market share in the Americas despite the above cited two high-profile exits.

His efforts were recognized by the company and he was duly rewarded by elevating him to the position of the chief executive officer of Nintendo America in May 2006. This was a new beginning altogether for Kimishima even if he had had extensive experience of the American people. This was the time when the world, especially the US had just come to terms with a seemingly unsurmountable technology hurdle, the Y2K. Once that had been taken, the technology world, especially those dealing in the gaming industry had taken a giant leap from the pre-2000 (AD) days.

Capturing the mind-share of the gamers and sustaining the company’s market position in America where the field was slowly getting saturated could have been a huge challenge for anyone but Kimishima.There was also a virtual challenge – many believing the company to be dishing out only games for children. But Kimishima and the company didn’t allow the negative vibes to bog the company and worked towards achievingsuccess with the release of the Wii in November 2006 – the holiday season of that year, and the product was lapped up by gamers ever so easily. The man now (mind-2000) was in his 50s and had seen enough of the business to be able to see the company through any troubled waters, which he did – as of September 2012, Wii (the pet gaming console of Nintendo) had sold out across the globe, resulting in Nintendo clawing back to the top of the gaming industry.

It was 2013 and after having served the company for more than a decade in North America, the time was ripe for Kimishima to more up in the ranks of the global company. His work and proven expertise got him elevated to the position of the managing director of Nintendo (global), and the post he evacuated (CEO of Nintendo America) was filled in by the company’s global president Satoru Iwata (as an additional responsibility). Not only that, Kimishima also became a board member.

During this period he aligned with the company president Iwata and helped in the release of Wii U and other company hardware. In fact, above anything else, this was brief two-association and close work with Iwata helped Kimishima gain much perspective and confidence in the new field he had entered -- from the world of financial services to the world of gaming. The primary reason being that Iwata was a video game programmer who had risen to the top position by contributing in the company’s rise to the top, through broadening the appeal of the video games to a wider audience through novel and entertaining gaming experiences, which revitalized the company through the first decade of the new millennium.

In July of 2015, Satoru Iwata (the then president of Nintendo) died unexpectedly (of bile duct tumor related complications). While he had a surgery a year or so ago and recovered reasonably well to resume work, no one including Kimishima, had expected his demise to be so sudden. This created a sort of vacuum at the top of the company. The management moved swiftly to announce that Kimishima would take the post made vacant by Iwata sudden passing away. While it happened by default, let’s not make the mistake of dismissing Kimishima just for that fact. Because, by all means and estimations, he perhaps would have gotten selected if there had surface a situation which required finding the right candidate.

He assumed duty as the fifth (5th) president of the company with a rich history (the company has created some of the most well-known and best-selling video game franchises in the industry, such as Mario, The Legend of Zelda, and Metroid, while also owning The Pokémon Company) in September 2015.

Tatsumi Kimishima is married and has two daughters, one of whom lives in New York, while the other in Japan. One should be surprised that the man at the helm of one of the world’s renowned gaming company enjoys outdoor summer activities with his favorite sports being golf and tennis!