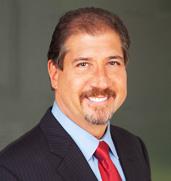 There must be something different and very unique at EY. For why would somebody with as diverse and ultimate experience as Mark Weinberger re-joined the consulting & professional services global major three times (which makes it to him joining it four times)? The answer to this could be the based on so many interpretations, if you will. For example, one could say the Weinberger&EY are alike – very different and special, therefore made for each other and, hence, either of them (assuming them to be entities for arguments’ sake) could not live without one another. Then there could be the fact that, as time passed by, either of them could have, perhaps, re-assessed each other and, over time, have found more value (again subject to interpretation) in each other. Complex?

Figure this possibility: Weinberger, the man with multiple academic degrees adding to his scholastic pedigree, being the quintessential entrepreneur, took it upon himself to take charge of the situation and create success of it, when an opportunity presented itself (there were many). So he went places, be it in the private or the public sectors. Every time he did enough to make a case for re-uniting with EY. The other way to look at it would be, with each success he had, Weinberg became ever more attached to EY than before.The honeymoon continues.

If one were to think as to how do the leaders of the world’s prolific leading and professional companies such as EY, KPMG, Deloitte & Touché, and PWC, etc., look like, or what quality of people head these companies who seem to shape and define and drive the destinies of so many corporations in the world, then the likes of Mark Weinberger would, perhaps, be not the easiest to find. The simple reason being, not only is his experience absolutely diverse and inside-out, but his educational grounding is equally superb. The EY supremo graduated from Wyoming Seminary in Kingston(PA), holds a B.A. (Economics) from Emory University in Atlanta (GA), an M.B.A. and J.D. from Case Western Reserve University in Cleveland (OH), and a Master of Laws in Taxation from Georgetown University Law Center in Washington, D.C.

Mark Weinberger joined EY in 1987 as a staff-member (entry-level). Even before he turned 3o, he decided to move to something entirely different – the public sector. The move was prompted in 1990 after he joined Senator John C. Danforth(R – Missouri) as his Tax and Budget Counsel.

That was his initial sniff of anything of a public sector nature. This was followed (in 1994) by a surprise appointment that came from the White House and from none other than the (then) president (of US) himself, Bill Clinton. He was asked to serve as Chief of Staff and General Counsel to President Clinton's 1994 Bipartisan Commission on Entitlement and Tax reform, which he took up ever so easily.

Around late-Februaryin 1996, a group of seven current partners of law firms decided to join hands and form a new company that would provide specialized services. Accordingly, in March 96,sevenpartners of Washington D.C. law firms co-founded a new law firm that went by the name ‘Washington Counsel, P.C. Attorneys at Law’.The partners included Dan Crippen, partner in the Duberstein Group; and six partners of the law firm Oldaker Ryan & Leonard: Jayne Fitzgerald, LaBrenda Garrett-Nelson, Bruce A. Gates, Robert J. Leonard, Richard Meltzer, and Mark Weinberger. The firm would go onto provide legislative and regulatory consulting client of all spheres of life.

And being made up of people who had extensive experience in government cutting across political party links, it was only expected that the firm would do well. And well it did and how. In just four years since its inception, it had done such great work that it was listed in the top ten legislative advocacy firms in Washington for the three of the four years since it was founded.

After successfully overseeing the merger of the law firm he co-founded with EY, it was time now for Weinberger to assume a new responsibility at the global consulting major. The merger gave him a chance to climb up the ladder of the company which made him its Director of its National Tax Department, which also required him to serve on the firm's committee of senior tax partners and will be among the strategic leaders of its tax practice.

One more stint in a US government position

President George W. Bush appointed him as the Assistant Secretary of the United States Department of the Treasury (Tax Policy) – it was yet another example of his quality rising above party lines. If it was a Democrat who had sought his services earlier, now it was a republican who wanted him to handle a very crucial part of his government’s policy.

And, as in the case of President Clinton, Weinberger did not disappoint President George W Bush either. Through his tenure at the Treasury, he was instrumental in the passage of the Taxpayers Relief Act, which resulted in the largest individual tax cut in decades, establishing a world-class management team in the Treasury's Office of Tax Policy, and improving Treasury guidance projects that helped reduce controversies and simplified taxpayer compliance

In 2008, it was back the basics again for Weinberger when he joined EY yet again. This time round it was, as before, at a higher position as its Global Tax Leader (Vice-Chair) and went on to serve in that position until to 2012.

Then, in January 2013, he was elevated to the post of Chief Executive Officer (Bermuda) in which position he served until July 2013. This was a precursor to the ultimate role which he assumed in the same month as the Global Chairman and CEO of one of the largest professional services organizations in the world, with 230,000 people in more than 150 countries.

In September 2015, the Cornell University honored him with the ‘Robert S. Hatfield Fellowship in Economic Education Award’, the highest honor Cornell can bestow on someone from the private sector.Not only that, his leadership, vision, and qualities in the field of economics are well recognized, acknowledged, and put to effective use across the globe by many institutions as manifested in the multitude of associations he has as below: