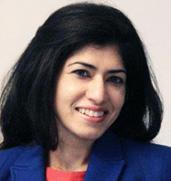 Some entrepreneurial journeys tread on the lines of make-believe stuff. Take for instance Swati Bhargava, the Co-founder and CEO of Cashkaro.com – one of the leading online cashback and coupons site in India (she also co-founded a similar site for UK called ‘Pouring Pounds’ with her husband, Rohan Bhargava). She has said that one of the reasons for her going to the United Kingdom for pursuing higher education was her habit (imbibed by her father) of using the Oxford Dictionary while in school. It is during this period that she seemed to have nurtured the desire to study in the University which bore the same name as that of the dictionary. Accordingly, when she grew up and it was time for her to go for higher studies, she did enough to get herself an offer from the famed University. But, surprisingly, she declined it (apparently owing to London being more metropolitan that the good-old, conventional city of Oxford, and hence her choice of the London School of Economics).

As if that wasn’t make-believe enough, she stumbled upon someone who shared her thought-process, her approach toward life, and looked like the perfect partner for life. There’s more, since the two appeared to have too many things in common, they decided to float a company – on the lines of something that both of them liked while shopping – and made a whopping success of it not only in the United Kingdom but also in India, just like it would happen in movies and the like!

But mere similarity with fairy-tales doesn’t make it any easier for people in real-life to chart a path of success of their own, which seems ever so simple in reel-life. Beyond the goody-goody, colorful, and happy musings, one has to put in determination, perseverance, and much effort to achieve success regardless of any walk of life one is in.

Same applies here to Swati Bhargava, who had checked every box that is essential for the making of a true-blue entrepreneur:

• She had proper grounding – she wanted to be an Indian Foreign Service officer because the word “foreign” attracted her; but her father and other well-wishers helped her see light in the something else too – IAS (Indian Administrative Service) which was as prestigious as the IFS, and the preparation for was commensurate.

• The education to complement her vision (London School of Economics) &National Junior College, Singapore (for which she was selected purely on merit as it was open for only those students who had secured 85% or more marks in their 12th standard, and which she had gone in for after some prodding by her family and friends)

• Work experience at Goldman Sachs – one regular investment banking role and the other in the executive office of the company, working for the company’s co-chief executives, which broadened horizons for her.

• Finally, when it came to starting a business, she and her husband decided to take up something purely on the basis that the concept fascinated them – whether or not it would be a success (which it eventually went on to become) is another matter altogether.

In the stereo-typical sense, if one hailed from a small town such as Ambala,in the state of Haryana, like Bhargava did, then the likelihood of a career made on the back of studying abroad in not a dream, much less imagination. But, to her credit (as indeed that of her upbringing), Bhargava seemed to have always wanted the foreign yearning and, therefore, she was always on the look-out for an opportunity based on merit that will catapult her way to a higher education overseas.

Fortunately for her, even her father quite liked her idea of going abroad to study as opposed to the Indian psyche of not sending their daughters out of the home-towns --not even within the country.

When it was time to mull over a career option, Bhargava being ever so fascinated with many things foreign, aspired to be an officer in the Indian Foreign Service. The prestige attached with it and everything else came along with the foreign tag attracted her much. So, to be able to do that, Bhargava had planned to study at the renowned St. Stephen’s College under Delhi University.

But, as things would have it, family and friends counselled her to go for either the Indian Administrative Service (IAS), convincing her that it would be far more prestigious that anything that she had contemplated to do.

There was yet another twist to her academic pursuits, when her father suggested her to apply for a scholarship programme offered by Singapore Airlines to students who had secured %85 or more in then twelfth standard, to study at the National Junior College in Singapore.

Now things had taken too many turns, and she found herself lost in the woods – so to say. There had to be a long and serious discussion over evening tea and snacks to mull over the situation and get of out of the maze. Thankfully for her, there was help coming her way in deciding the future course of action. After much deliberation, family and friends surmised that it is in her best interest that she went to Singapore, which she and completed a GCSE passing out with As in Mathematics, Economics, and Physics.

When she passed out with flying colors from NJC (SGP), it was time for her to now go to the Oxford University which she had been dreaming of all along to study at. However, there were few compelling reasons for her to decline the offer from the famed institution. One was definitely the lure of a big, modern metropolitan city London. The other, and the most important factor one would think, was that of the cost of tuition for her bachelor’s course, which was very high. Given this fact, she was in a dilemma as to go ahead and take the offer in the University of her liking or drop the ball on that and go for the attractive city of London where the London School of Economics (LSE) offered her better scholarship. Like anyone faced with such a situation, Bhargava opted for the latter and had never had to regret that. In 2002, she enrolled at the LSE for a Bachelor’s of Science (B.Sc.) with Honours in Mathematics & Economics, which she completed in 2005.

The experience was a great one for Bhargava as it exposed her to many great things that revolved around or had at least something or the other to do with mathematics – her pet subject. Her extra-curricular activities especially the role of President (2003 - 04) and Chairperson (2004 – 05) of the LSE Business Society that also helped shape her thinking for the future.

Her superb math and analytical skills allowed her to get easily into the investment banking role at Goldman Sachs where she worked for five years (four in the investment banking division and one in the executive office). While the former taught her to acknowledge the fruits of putting in hard-work and extra hours, the latter opened up a new world for the entrepreneur in the making. Working for (she managed their client engagements and relationships), and along with, the two Co-Chief Executives of the company, Goldman Sachs International, Richard Gnodde and Michael Sherwood, boosted her confidence and enhanced her communication skills.

The opportunity to work with the Co-CEOs happened just when she was looking for a break from the out-and-out banking role. That also gave her time deliberate on what she would do now that she had had proper grounding, which she did along with her friend and future husband (Rohan Bhargava).

Through the course of their courtship (they had common friends and their get-togethers for eating-out led to their relationship fructifying into a marriage), the young entrepreneurs to be visited the site ‘Quidco’ – which offered cashbacks and coupons for buyers on the site. The idea quite resonated with the couple’s thoughts and they decided to start something of their own.

So having gauged the potential of a cashback and coupons business, the couple sounded off friends for pitching in with investments and within less than a day more than 20 friends replied in the affirmative. That’s how they started ‘Pouring Pounds’ in July 2011 as a B2B cashback site in the UK. While it gained significant traction it was difficult in the early days to find a vendor who would align with them. They kept pursuing relentlessly until one fine day Metro agreed to go along and that is how they signed their first ever contract. It was a hit riding on some novel offers for one and all, and they wanted to replicate the same in their homeland which was slowly but surely opening up to the idea of e-commerce. They sought out friends yet again for a funding (of $250000) and ended up getting thrice that amount – in just 48 hours. That was the amount of confidence they had gained.

So the concept of an affiliate marketing besides the fact that we Indians love savings, helped cashkaro.com’s growth. The lady sure knew what works and went after the idea and made it a big success – both in the UK and in her motherland.

She is an inspiration to many, especially Indian women who do not usually go after their dreams with as much verve and energy that Swati Bhargava has displayed.