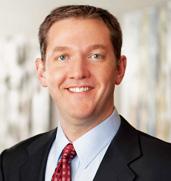 "The Open Organization" is for leaders who want to create business environments that can respond quickly in today's fast-paced world. It's for those who want to encourage the best ideas, hear honest advice, and attract (and retain) the brightest talent.

Does that ring any bell as to who could have said these refreshing and ever so inspiring words? Nope? Here’s some help:

He’s the one who helped Delta Airlines hold on to its identity (and not get poached away by the likes of US Airways) in 2006;

He is the one who lead Red Hat Inc. to become the world’s first open source software company to achieve annual revenues of $1 billion or more. In doing so, he also elevated Red Hat to become the second largest corporate contributor to Linux (after Intel).

He is transformed the way business leaders ought to think and work with his book “The Open Organization: Igniting Passion and Performance” which was published in June 2015 by no less than the Harvard Business School

Yeah…now you got it. Yes your guess is correct – he is none other than the President and Chief Executive Officer of Red Hat Inc., Jim Whitehurst. He is a professional (for he gives equal weightage to management and leadership), business leader, visionary, inspirational author, and a powerful evangelist of the concept called “Open Organization.”

Jim Whitehurst has almost a handful of educational degrees to his credit. While we can’t say that those were directly responsible for his success as a business leader, one cannot argue with the fact that they did have a profound impact on how his persona shaped over a period of time. Hailing from Columbus (GA), Whitehurst has a bachelor's degree in economics and computer science from Rice University which he completed in 1989. He attended Erlangen Nuremberg University in Erlangen, Germany and holds a general course degree from the London School of Economics. That’s not all – he topped it all with an MBA from the Harvard Business School. Absolutely impressive isn’t it? But, leaving an account on Jim Whitehurst with just this would not only be an understatement but also amount to disrespect to the man’s credentials. Let’s look at what all he has accomplished both in word and in deed that makes even the leaders of countries like Brazil (President) and Poland (Prime Minister) ever so willingly accommodate a meeting with this man who is the proponent and torch-bearer of the “Open Organization” business model – if it can be called that.

Whitehurst began with the famed Boston Consulting Group (BCG) right after graduating from Rice University in 1989. Starting his career with an organization that is traditionally different from the others of its ilk could have been difficult from anyone but Whitehurst. And it wasn’t surprising that he held several corporate development leadership roles at the firm through the course of a 12-year long association that saw him working in the Chicago, Hong Kong and Shanghai offices with clients across a wide range of industries before eventually becoming a partner in the Atlanta office.

Most may not know that Whitehurst had tried his hands at Linux almost two decades before he joined Red Hat. That experience was he could accomplish things with his laptop that he was or anyone else for that matter wasn’t able to. Analyze huge chunks of data ever so easily with a Linux machine. And that fascination has lived with him ever since, although re-kindled only after he came to his latest company.

There’s more to his Linux connection. Whitehurst joined Delta Airlines in 2001. Through the course of his 6 years stint at the company he had so much to prove – especially after the board went seeking for a replacement of the then CEO, Gerald Grinstein, who had wanted Whitehurst to succeed him as he thought him to be the most fit in bringing Delta out of bankruptcy.

Whitehurst started out at Delta Airlines as a treasurer. However, being the ever curious man he was (in his own words) beyond his role, he was genuinely interested in how people flew, why they flew, why they made the connections they made, why they chose non-stop flights over other options, and how much they tended to pay for non-stop flights as opposed to others, and so on. He decided to review a year's worth of Delta's network data to gain some insight into passenger psychology had been. But, he had to contend with data-sets larger than 4GB, and the Windows machines he worked wouldn’t help. That is where his familiarity and likeness for Linux would come in handy. He moved all his data to a Linux machine which allowed him to work as he wanted and importantly glean many insights through the passenger data that he would otherwise not have been able to do.

Coming back to why the board of Delta Airlines not prefer him to be the CEO after Gerald Grinstein is simply because Whitehurst believed so much in the company and really badly wanted to bring it back to success from the brink of obscurity. In fact, it was his ferocious denial, as the COO of the beleaguered company, of US Airways’ attempts to take-over did not fructify. He championed the cause with the “Keep Delta My Delta” with his honesty and genuine concern of the well-being of the company, so much so that his rising popularity could not be digested by the board (which was speculated to be one of the reasons for his not being considered for the post of CEO). Nonetheless, as the chief operating officer of the company, he did everything in his power to revive the company and helped bring it back to stability and profitability.

The delta from Delta…

After 6 very eventful as well as satisfying years at Delta Airlines, Whitehurst changed his focus – which was again incidental, anyway. This time round it was to redefine who he was and how he worked, and lead others to work and realize the company, and job objectives.

But in doing so, he had to unlearn a lot of things that he had done at Delta and elsewhere in leadership roles before Red Hat. The biggest change was that this was an open culture and there appeared little room for hierarchy as long as the intended objectives were being worked at.

While it took him some time to get adjusted and shun the “insubordination” kind of feelings he had initially had, his love for Linux and the premise for its creation itself, made him see the overall purpose of his new job.

And in just 5 years after he took over the leadership of the world’s foremost open-source technology companies, he was able to achieve unprecedented commercial success for a company whose basic fabric was open-source – the first and perhaps the only open source company to clock a revenue of USD $1 billion (which Red Hat did in 2012 with $1.3 billion for the fiscal). And all that without ever digressing even a wee bit away from the “Open” principle.

As can be imagined, with such an honest, hard-working, and inspirational man at the helm, Red Hat open source software development model has produced (in his own words) “high-performing, cost-effective solutions. Our model mirrors the highly interconnected world we live in—where ideas and information can be shared worldwide in seconds.”

Is it any surprising then, that today, more than 90% of Fortune 500 companies rely on Red Hat that offers the only fully open technology stack: from operating system to middleware, storage to cloud and virtualization solutions, complemented well by a variety of services, including award-winning support, consulting, and training? No! Not at all.

May the “Open Organization” become the order of the day, and its super-stars continue to rise and shine like never before – for a better world.