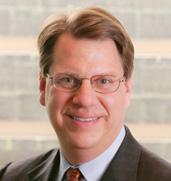 If turning-around a company in doldrums is difficult, then imagine how would it be to turn around a company that is already successful? Richard ‘Rich’ Lesser, did just that with BCG. Lesser’s career is one that reflects perseverance, thought leadership, and above all, continuous learning throughout. The chances of academic brilliance guaranteeing a successful career are less and, that of entrepreneurship much ‘Lesser.’ The combo works out well only if one puts in the required efforts and the right approach. Lesser did all this and much more in a career spanning three decades in which he worked at diverse companies, assumed various roles, and did excellently well to rise through the ranks, finally becoming the CEO of The Boston Consulting Group. Through the course of this journey, he has demonstrated exemplary quality and expertise for clients in diverse areas such as the health-care industry (specializing in the bio-pharma sector), large-scale transformation and productivity improvement, digital innovation, corporate vision and objectives development, post-merger integration, and new globalization challenges.

After completing his Bachelor’s with flying colors (1983), Rich Lesser began, what would be a long and successful career, with Procter& Gamble as an engineer in process development, soon becoming a group leader there. After the stint with retail major, Lesser deemed it important to acquire management education at it would add significant value to not only his profile but also the career he would embark soon after. Thus, he attended Harvard Business School and completed his M.B.A. with high distinction. In fact, he was named a Baker Scholar during his time at world renowned B-School. Early signs of a visionary who was clearly seized of what needs to be done and, importantly, did everything in his capacity to accomplish the same.

Along the way, Lesser also worked in the synthetic fuels R&D field for some time (at Westinghouse & BP) and got thoroughly familiar with it. This would also add to his consulting quality in later years when he became a partner with BCG.

At The Boston Consulting Group

Rich Lesser was assigned to a major account at BCG (which he had joined in 1988 after his 3-year stint with Procter & Gamble) which was significant in many ways. The responsibility, as head of the New York Metro office system (which he took up in 2000) would, for next almost a decade (9 years if you want) extract the best of Rich Lesser.

Ever since the day he joined BCG, Lesser has been a symbol of innovation, strategy, and large-scale transformation – which have conjured up much success for BCG’s clients in terms of redirecting and re-aligning the corporate and business (unit) objectives, improving the effectiveness R&D efforts, organizational streamlining, boosting productivity, and seamlessly managing post-merger integration.

The youngest partner as BCG

Lesser became a partner at BCG in only 10 years after he joined the company. This was neither a fluke nor a mean achievement by any standards. Simply because, as with any other leading consulting major in the world, be it McKinsey & Co., or PWC or any other, it takes an immense amount of time before one wins the confidence, and is considered eligible and fit enough to be awarded with a partnership. So, it goes to Rich Lesser credit that he was able to win the trust of the partners and all who mattered through sheer performance and delivery, which he was able to achieve from on basic trait that differentiates him from many others – continuous learning. This is something that Lesser not only preaches -as the quintessential axiom for anyone in growth curve- but also practices it in every sense of the word. This is well and truly driven home by his commentary. “The biggest mistake a successful company can make is: tolerating employees who simply want to preserve the status quo, which can send a debilitating sign to the entire company.”

When someone meets him or just reads what he has quoted, the quality of the man shines through. He has been one of the main proponents of the concept of continuous learning regardless of which stage of life or profession you are in. Another trait that sets him apart is his emphasis on collaborative efforts as the primary means to achieve the ends i.e. in his case, delivery to clients.

From 1988 up until 2013 when he became the global CEO of The Boston Consulting Group, Lesser has served in various positions that demanded much more than just responsibility and he has not let down anyone ever, if some accounts are to be believed. His leadership qualities were came into force, not long after he became a partner when he was asked to head the New York Metro Project in 2000, which he did very successfully for the next 9 years. Along the way he was also inducted into the firm’s executive committee in 2006.

These were followed by his elevation in 2009 to the post of Chairman of North and South America Operations of the company which he assayed for three years, and then he was elevated to the post of President and global CEO in 2013.

As hinted in the preface to this write-up, (in Lesser’s view as well too) while it would heroic of a CEO who revives the fortunes of a struggling company, it may not be as impressive or celebrated even, if there’s a CEO who inherits the reins as indeed the legacy of a successful company. In his own admission, when he took up the mantle of leadership of the company, it was mighty hard to instill a hunger for change when employees had no apparent appetite for it, and the vote would have been to not tinker around with what has been a proven success. That is when he also realized that the stake would really be high if complacency set in. Whether he liked it or not, this was the hard truth he had to contend with. But, as with stellar leaders know around the world, Lesser demonstrated leadership, tenacity, and vision to overcome this biggest hurdle. The change he was looking for was perhaps in the dangerously risky self-confident character sketch that successful public companies showcase. It wouldn’t have been easy for him as naysayers would always be ready to jump in with judgements.

But, he set the direction and re-energized the organization in the constantly changing business world with its own set of dynamics, in a digitally transforming ecosystem. In his own commentary he put forth the things that successful business leaders have done and should do.

Establish “the fierce urgency of now”

Avoid the false security of “a safe pair of hands”

Lesser knew pretty well as to what was the most critical aspect in achieving these: Win the hearts and minds of a whole range of stake-holders such as employees, customers, investors, and also regulators too. He has done that so wonderfully well and how.