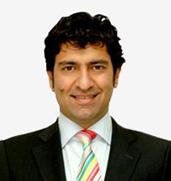 Call it self-confidence; or exuberance; x-factor; or even audacity – whichever you chose to, there is definitely something that sets the most enterprising of business leaders apart from the rest. Take for instance Siddhartha Lal, only 42 years old but already into his seventeenth year of leadership beginning from Royal Enfield to his current role, helming the affairs at the now turned-around Eicher Motors, of which Royal Enfield is a subsidiary. Imagine you are just out of college (from overseas to boot) and you have a situation perfectly ripe to test yourself whether or not you are made for the top position. That he was the son of the company chairman (Vikram Lal) was easy to begin with but it doesn’t automatically qualify one to take over the reins of an ailing company. There has to be exemplary courage of conviction, besides so many other factors falling in place.

The young Lal not only did the unthinkable (at the time) but also went on to herald a new type of leadership that has become, in a way, Royal Enfield & Eicher Motors’ biggest asset. He sold 13 out of the businesses the company was in and concentrated on just two where it seemingly wanted specialized – Royal Enfield & Trucks. The rest, as we have all come to know, is history!

From purely profit perspective, if you are one of those who just bought the Royal Enfield motor-cycle 12 years ago back when Lal took it under his control for an overhaul, then check this – the same amount you spent to buy the vehicle would have grown almost 900-fold in the intervening period! That is the kind of humungous value Lal has created for investors of the company. But only for those who had invested in the stocks of Eicher Motors back then!! Look at all we have missed.

Admittedly, Siddhartha Lal had the best of things life had to offer – quality living, schooling from top-draw schools, and then finished it off with an engineering degree from UK. That said, there were so many who had such ancestry as well as luxuries but not many have made use of it purposely, unlike Lal, who made every bit of it count – from being the son of the CEO (who allowed his son to prove his mettle), the Doon School and St. Stephen’s College (need we say anything about these two institutions from where a good chunk of the cream of our country’s political and business leaders have come), or the Leeds & Cranfield Universities from which he did his Masters (Automobile engineering) and Bachelors (Mechanical) from.

But, what Lal had was the pedigree – in Vikram Lal (Siddhartha’s father), he had a father who was more than willing to let his son test his here to unknown business skills.

Lal’s entry into the family business was one in the mold of make-believe stuff. It was the year 2000 and Eicher Motors, the parent company of Royal Enfield, was contemplating of either selling it off or even closing it down, primarily because of a lack of demand (it was reportedly selling only about 2000 bikes a month when actually the manufacturing capacity was 6000 a month). As things would have it, the Lal family’s scion, Siddhartha enters the scene requesting his father to give him one year to turn around the company’s performance.

How did he do it all? Well simply by being a very good student – during his time in the UK (for education), he observed that the small cars lost ground to mid-sized and large cars – primarily because of poor design compared to the leaders with style written all over them. Especially two brands – Mini and Porsche - seemed to be very focused and always conscious of not diluting their basic DNA.That besides, the rich history of the product and an army of fans beckoned the young Lal to take up the seemingly difficult challenge. This is was the chief learning that Lal would go on to implement in journey as the leader of an ailing company.

The transformation of Royal Enfield

It Wasn’t like Lal had a magic wand with which he could revive motor bike company. He had to muster everything he knew, learnt, and could envision to bring about a see change in the market perception. First things first, he wanted the bike owners to have a really great experience of riding as well as the stature and legacy of Royal Enfield. So, he took upon himself to redesign the entire set-up and in turn-around the fortunes of the company in a mere two years

- Introduced a motor-cycling culture in the team so that they can feel and understand really well what their customer felt like when riding one of their bikes – which he has always led from the front – he thoroughly test every new model to be introduced to make sure every little aspect is just right (Engineered & improved Enfield bikes by riding hundreds of kilometers himself).

Siddhartha Lal was appointed Chief Operating Officer (COO) – this was purely based on merit – as it had been always since Eicher Motors had always been a professionally run company. He was elevated to Chief Executive Officer (CEO) and that is when the turn-around of Eicher Motors also began.

He began a restructuring that was akin to suicide – hiving of 13 of the 15 segments the company was in to focus on only two. He was only 30 years but had the entrepreneurial flair of a veteran manifest when says “In my mind the basic question was this: do we want to be a mediocre player in 15 small businesses or just be good in one or two businesses.” He did it all, even against family’s will and advice. That says it all.

Thus the tractors, trucks, motorcycles, components, footwear and garments, and so on - none of which had even a decent enough market share let alone being a market leader. So, the focus was now on only motor-cycles and commercial trucks.

Then cometh the trucks

Since he had already brought the ailing motor-cycle business back to business health, it was time he focused on the trucking division. While Eicher Motors was already a brand (at no.3 behind Ashok Leyland & Tata Motors), it lacked the wherewithal the leaders had – financially, technically, and distribution-wise too.

To bridge this huge gap – which is often overlooked by many when looking at the top 3 of a market – he engineered an alliance with Volvo – the Swedish auto major with proven global leadership and niche, which bought stake in Eicher Motors (as part of the deal). The joint venture thus formed, VE Commercial Vehicles, (54.4% Eicher & 45.6% Volvo) – managed to create a world-class portfolio of medium and heavy trucks (through the pro-series range)that can compare to any contemporary in the market.