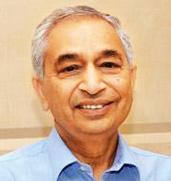 For Vineet Nayyer, the transition from bureaucrat to a technocrat (so to say) has been nothing short of a re-invention. For someone whose career – or a great chunk of it – had to do with the State and its organizations, programmes, and policies all aimed at the general public, the jump into the IT bandwagon was something on the periphery of enterprise nature (which is unlike a bureaucrat). He would perhaps have not even looked at it had Shiv Nadar, the founder of HCL, not prodded him to join him in taking the company to the next level. Which he did and how: he helped transform HCL from a hardware company to services company, and then got it listed publically – creating a $2 billion valuation for it in the process.

Like Nadar, Nayyar capabilities had also won the trust and confidence of Mahindra Group Chairman Anand Mahindra – who drafted him into the Tech Mahindra which allowed Nayyar to prove to the world that being a bureaucrat was not by design and that he possessed the leadership, vision, and mettle that is at par with any in the world.

Born in 1939, Nayyar,who also has a master’s degree in development economics from Williams College, Massachusetts, began his career as an IAS officer holding several positions starting with District Magistrate, Secretary – Agriculture and Rural Development for the Govt. of Haryana (a state in northern India), and as Director, Department of Economic Affairs, Govt. of India.

Stint with the World Bank

After serving in the Indian Administrative Services (IAS) with state (Haryana) and union (India) governments, it was time for Nayyar to put to use his skills and knowledge on a bigger canvas. So, he headed off to work at the World Bank with which he was associated for almost a decade.

This stint, coupled with his earlier experience as a state officer, helped him in serving many national governments in various capacities. His time at the World Bank, which started in 1976, saw him essaying a series of senior assignments including successive terms as the Chief of the Energy, Infrastructure and the Finance Divisions for East Asia and Pacific.

As chief and head of the energy department, Nayyar led for five years the World Bank’s first energy mission to China, where was responsible for funding China’s Energy and Petroleum sector besides also Assisting the Chinese government in formulating its energy policy that included a comprehensive environmental study of the ‘Three Gorges’ projects.

Throughout his association with the World Bank – he had gained a reputation as an energy sector expert the world over. It is ironical that while the Bank listened to his advice and did not fund Enron’s Dabhol power project in the Indian state of Maharashtra, the Indian government chose to ignore his advice and gave the nod to Enron for setting up the plant which was doomed with the country still feeling the after-effects of an ill-fated endeavor.

Nayyar came back to India in 1986 and helped found the Gas Authority of India (GAIL).In his role as the founding Chairman of GAIL, he was responsible for setting up the Hazira-Bijaipur-Jagdishpur (HBJ) gas fractionation plants and the establishment of Auriya gas based Petrochemical plant. The HBJ gas pipeline carries most of India's liquid natural gas.

This was his first step into the corporate career path albeit in the public sector.

All his skills and knowledge, managerial as well as economic expertise, made many businesses look up to him for helping them in one way or the other. For his wide experience, success, and wisdom we’re not be missed. And so it was that, Shiv Nadar (HCL founder) was attracted by this ex-bureaucrat’s brilliance, and promptly asked him to join his company.

Nayyar joined HCL Corporation as its managing director. Over the next five years, Nadar and Nayyar would go on to build HCL into a multi-billion dollar entity. Along the way, Nayyar became the vice-chairman of HCL Technologies.

That he was top quality management was never in doubt. What was needed to be established was whether he cold replicates that leadership and determination in the technology field. He got a taste of the intricacies of the IT field through the course of his founding the HCL Perot Systems (HPS) of which he was also the CEO. HCL & Perot Systems has a 50:50 stake in the company.

But not all was as smooth for Nayyar at HCL Perot Systems as it had been elsewhere in his career. Both the sake-holders, HCL & Perot were involved in an ownership battle: the bone of contention was Nayyar’s CEO position as Perot wanted him to relinquish the post as it was not happy with the day-to-day running of the company; whereas HCL was more than ever convinced that Nayyar was the man. The battle was settled when Perot bought HCL’s stake for a reported Rs.480 crore.

Nayyar had built HPS brick-by-brick (so to say) from the ground-up (with an initial capital of just $ 4 million) and by the time the control dispute was resolved with Perot Systems buying HCL’s stake in 2003, the company’s valuation was around $ 250 million.

While the rocky journey with HCL Perot Systems was happening, Nayyar and Nadar were steadily building the market billing for HCL Technologies and prepared it for an IPO. The company’s IPO got over-subscribed by 1.3 times making it the largest ever demand for IPO by an Indian IT company (at the time).

When Nayyar was about to complete a decade of association with HCL and Shiv Nadar, he caught the eye of yet another visionary business leader of the country, Anand Mahindra, the Chairman and Managing Director of the Mahindra Group.

Nayyar was inducted into the Mahindra fold in 2005 as the Vice-Chairman, Managing Director and CEO of Tech Mahindra. But, here again, Nayyar task was cut-out. The company, which was a joint-venture with British Telecom (BT) and doing well enough, was almost facing an identity crisis. Because, the company was almost completely dependent on business from BT and AT&T. In fact, it is reported that over 60% of Tech Mahindra’s revenues came from BT alone. The problem was not what had happened or what was happening. It was more to do with what would happen if – BT withdrew?

With this at the back of his mind too, Nayyar started his association with the Mahindra Group, with a strong intent to mitigate the risk by spreading its clientele gradually, although the simpler option would have been to sell-off the company and the save the blushes for the group. It also presented him the opportunity to do something different this – it allowed him to test his caliber in turning around a company which would get sucked into obscurity if its partner and biggest client let go off it. He slowly diversified the company’s client spread in about 4 years.

There was yet another opportunity for Nayyar to show to the business world – not the bureaucracy – that he had the business acumen and shrewdness that was as par with any business master, if not more.

It was when beleaguered Satyam Computers was in deep soup after its Chairman’s disclosure regarding the turmoil it was facing, had led to speculation in the market of an impending take-over by some IT giant.

While many others were vying – albeit with a lot of skepticism – because no one was sure as to exactly how bad the situation was, L&T was touted to be the front-runner. Nayyer under-played the news (ever so intentionally) and let the fizz die down a bit so that he has a better ground to bargain besides allowing him to take an informed decision.

By the time things cooled down, Tech Mahindra bought Satyam Computers at an almost 26% premium from the market price of the stock. This surprised many as Nayyar had been non-committal and even under-played the talk of his company buying Satyam. Now we know why he did that – the master strategist and economist that he is, Nayyer wanted to weigh all his options, not set high expectations therefore getting it at a price that he thought was justified, and in general, let tings cool down a bit.

If heralding Tech Mahindra into a post-BT era was a challenge, then acquiring an almost rump (as Satyam Computers was being treated by one and all) IT company in the face of some decent competition, and reviving its fortune that had taken a severe beating was another. But, Vineet Nayyar, the man for all seasons (!) and all types and forms of jobs, was determined to see it through the tough times and bring it back to stability and some sort of profitability, as soon as he can. After 7 years, one can safely say that Nayyar has been more than successful in doing that.