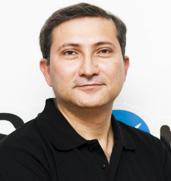 Rechargeable mosquito insect killer rackets and a set of two doormats! If you are left wondering what they are, then here’s the clue: These two are two of the several unbranded and unstructured product categories that make 70% of one of India’s first managed market-place. Did it strike you? No? Here’s one more: in January 2016, its CEO said the company had toppled Flipkart, Snapdeal, and Amazon(India), and it that it was at the bottom of the losspie. Not even now? It is the latest to join the Unicorn Club in India. Now you guessed it right. It is ‘shopclues.com’ – the online manage market-place co-founded by Sanjay Sethi – who is also its CEO (replaced Sandeep Aggarwal after he was charged of insider trading), which is inching towards becoming the first profitable e-commerce company in India.

From internet start-ups, e-commerce giants, to state-run companies, and mechanical engineering to astrophysics, Sethi had seen it all. In fact, it this diversity in the profiles of the founders that makes shopclues.com somewhat unique.

The journey towards entrepreneurship

Right after completing his Bachelor’s in Mechanical Engineering from the IIT-Varanasi (Banaras Hindu University), Sethi joined the state-run Rourkela Steel Plant (RSP) Orissa that is operated by the Steel Authority of India (SAIL), as a junior manager (Mechanical Engineer).

After two years of service at RSP, Sethi wanted to pursue his passion – astrophysics. He had a Ph.D. offer from the Inter-University Centre for Astronomy and Astrophysics. But, he chose to enroll himself for a course in Computer Science, at the Foundation for Innovation and Technology Transfer, Indian Institute of Technology, Delhi, and he got introduced to the internet and technology.

Subsequently, he worked for companies such as HCL Perot Systems and IIS Infotech before embarking for greener pastures outside the country. After moving to the US, he worked for initially Great America Insurance in Cincinnati (OH) and then as Development Manager for TradeBeam, a global trade management startup based in San Francisco.

While he had gained enough and varied professional experience with these companies, it was his stint with eBay Inc. for seven years that really shaped the future entrepreneur, who was to make it big in India. Through the course of those 7 years, Sanjay had rose to the rank of Senior Director Products (for shipping, logistics, and billing & payments)and seen almost everything fold in front of his eyes – how the e-commerce industry works, and how it evolved.

One specific acquisition by eBay while Sethi was still employed there, laid the foundation for Sethi’s business venture and spurred the thoughts of entrepreneurship in him further. eBay acquired Eachnet.com in 2003. It was the largest e-Commerce company in China at the time.It is during this period that he also got know closely the growth of Taobao.com – into China’s largest online marketplace.

He could see striking similarities of the Chinese market to that of India’s. Working at eBay which was a pioneer of sorts for the model, he had always believed in this concept of zero inventory and managing the business of small-time vendors and retailers.

His idea as that of the co-founders was clear – shopclues.com would a market-place for the masses, because that made up a great segment which was untapped and also because that is where there looked like some traction would be available for them to start with.

So, he led building of the technology platform that would connect customers of the Tier II and Tier III cities in India with regional/local brands. This was a shrewd move as no one player could cater to all the consumers, which meant they could target households with an annual income between 4 to 10 lacs. This in turn has led to best-in-class metrics on unit economics and capital efficiency.

It so happened that Sethi’s and the Co-founders’ (the Aggarwal couple - Sandeep and Radhika) kids studied in the same school in Fremont, CA. And that is how they were acquainted with each other, the association later on growing into a friendship and then, finally shaping into a business enterprise.

Thus, the group of like-minded people who were excited by the India growth story that had just begun to blossom, joined hands to do something as they also wanted to be a part of it. After much research and planning it was decided to start an online managed market-place that would sell products and goods from the unstructured categories. They had completed term-sheets with investors, had packed their bags and everything else to shift base to India and were ready to fly back. Everything looked set for the launch of new type of e-commerce model.

Even as Sethi was saying good-byes to his colleagues at eBay before embarking on the entrepreneurial journey, there came a shock that almost nipped the whole business endeavor in the bud. An investor who had agreed to pitch in with a $5 million funding, backed out. Everything came crashing down for the founding team that included Mrinal Chatterjee (apart from the Aggarwal couple and Sethi). But, the awesome foursome didn’t let go. In fact they chilled out with a few beers and made up their mind to start afresh.

They chased investors but things didn’t seem to quite fall in place. However, they still didn’t let go and contacted everyone in the community – and in a just 3 days about 12 angel investors had together deposited a sum of $1.8 million in their bank.

Sethi and the team were clear as to how they would do it in India. They knew that even with the Flipkarts, Snapdeals, and Amazons, only about 2% of the Indian retail market was being catered to. So, there was still the whole chunk to be tapped into. Further, most of them were following the inventory-based model which, according to Sethi wasn’t the best way – as it entailed huge investments, management, and risk. That besides, he had himself witnessed how the marketplace model had succeeded in China with TaoBao.

So, the man who let go of his pet passion, Astrophysics, and listened to his guts that he would make a good entrepreneur had become one. But, it wasn’t like someone had whipped out a magic wand and Sethi became the businessman we know him today. As we have seen, Sethi has had formal grounding with varied experience of technology, ecommerce, and manufacturing too. So, the thoroughbred, along with driven people set about doing his best at what he had envisaged to do as his contribution to the India growth story.

He started off as the co-founder and the Corporate Vice President of Products for Shopclues, responsible for process and technology of its online operations.

Struggle brews but Sethi sees them through

Like any start-up, shopclues.com also faced capital and cash-flow issues. They had put in everything they had but it wasn’t easy to sustain and grow. They continued to look for investors who could infuse some liquidity. Coupled with this early struggle, Sethi was tested by the unexpected situation where he was forced, in a way, to take up the CEO’s responsibility owing to Sandeep Aggarwal’s stepping down form the post. He has done absolutely well since taking over, steering the company out of troubled waters every time it seemed to have been in a bit of a soup.

Under his stewardship, the company has grown from a 5-member team starting off in Gurgaon to a team of more than 1000 employees. It lists more than 9000 categories showcasing more than 35 million products of 3.5 million merchants across the country.Its mobile app installs crossed 10 million, clearly the mobile version dominates the desk-top access.

The company aims to break even by the second half of 2016 –if it does, than it would be faster than its top three rivals, who today collectively burn more than $100 million in cash every month.