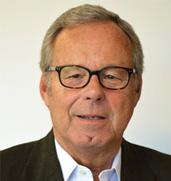 A solid educational background, almost three decades of work at one of the world’s leading technology pioneers and major – having progressed through various positions across myriad functions spanning several geographies and cultures, followed by challenging leadership roles at relatively smaller enterprises as compared to the one he was long associated with, make John Michael Lawrie the perfect example of how to revel in both conducive as well as not-so-conducive working and business environments.

While it seems like not such a great run so far with CSC -- he assumed the CEO position four years ago when the company – it can be said, wasn’t doing any better— one can expect from the man with so much potential to turn things around. One need look no further than his CV to understand his caliber.

Lawrie did his MBA from the Drexel University, Philadelphia and also holds a B.A. in history from Ohio University.

Of all the stints that Lawrie has had so far, his long association with technology major, IBM, stands out. As that is where he seems to have both – added to his repertoire as well as delivered fantastically in multi-positions, spread over varied locations and, contending or working with both customers and employees of many cultures and diversities.

Lawrie’s association started in 1977 and for the next decade-and-a-half or so, he served in a variety of roles covering marketing, financial, and operational realms and did well enough to be considered for playing greater roles across other business functions throughout the globe.

The break toward leadership at IBM begins

When he was made the General Manager in 1992, he was entrusted with handling the Great Lakes Area (US) of IBM’s operations. This acted as the stepping stone for Lawrie and he made good of it and proved his worth in the next three years leading up to his elevation, in 1995, to the post of General Manager of Software IBM Asia Pacific. He was based of Tokyo (Japan) and served in this capacity for a period of one year.

This was soon followed by him being entrusted with increased responsibility and areas to oversee, thus aiding the inevitable - moving up the ranks- slowly but ever so surely. He was made General Manager of Industries IBM, Asia Pacific – while still being stationed at Tokyo (Japan).

Back to the US

After successive 1-year stints as general manager in Asia – serving two vastly different business segments, the management seems to have realized the potential that Lawrie’s possessed. Acknowledging the same, the company now brought him back to the US, to make better use of his capabilities. This happened in 1997 when was tasked with the responsibility of overseeing the network computing division, as its general manager.

Even as he about to complete a year with the network computing division, there came yet another opportunity to showcase his improving leadership skills and the business acumen he had so manifested across multiple divisions. This was as the general manager of IBM Europe (Paris), Middle-East, and Africa – which included operations in 124 countries and 90,000 employees. That was mammoth and Lawrie proved his worth there as well for the next 3 years up until 2001.

Turn of the century and roles

The new millennium brought along with it a whole new set of challenges as well as opportunities with it for IBM. Capable hands were the need of the hour. Especially those helming critical positions were like gold dust. Lawrie, with his proven multi-country, multi-continental experiences was right up there.

Accordingly he would go on to become Senior Vice President and Group Executive of IBM global – which made him responsible for the world-wide sales and distribution of IBM products and services, which role he assayed for the next three years until the end of his tenure at IBM – in 2004.

Having served in very senior positions at IBM, time was ripe for him to ascend to the top position of a company and prove to the world of his mettle. At the opportune moment in 2004, he joined Siebel Systems, Inc., (now part of the Oracle Corporation) – the internationally renowned software and related solutions company, as its Chief Executive Officer.

Then came another opportunity to put to use all his skills, capabilities, and leadership qualities with a private investment firm, called ValueActCapital, based of San Francisco, as a general partner – which stint lased for one year up to 2006.

Barring this brief digression from the IT field, Lawrie’s entire career has been in the technology side. After ValueAct it was back to the information technology realm when he served for two years as the Executive Chairman of All scripts-Misys Healthcare Solutions, Inc., – a healthcare IT solutions company. Deriving from all the experience he had gained, Lawrie proved to be instrumental in several strategic mergers that helped the company became one of the leading players in the industry.

On the back of his brief stint with ValueAct Capital as indeed the undoubted IT industry experience, he now assumed the leadership position as the UK-based software solutions company called, Misys Plc,- which primarily served the financial services industry. He helped the company grow through significant revenue growth and several other factors that augured well for the company as well as himself.

Increased top line growth coming on the heels of client satisfaction, improved operational margins and appreciable returns to the company’s share-holders, helped in not only cementing the company’s position in the market but it also facilitated Lawrie’s move to his current company CSC, which he joined as a member on the board of directors in early 2012.

A month later, Lawrie was made the CEO of the company with the aim of utilizing his proven experience in revitalizing complex global companies to deliver increased shareholder value by driving operational excellence, client-centric strategies and championing innovation.

In due course, around end-2015, Lawrie also became the Chairman of the Board of Directors of the company, which role would likely allow him to exercise more control over the company strategy and the way forward. It is too early to say whether he will make fruitful use of the mandate he possesses. Perhaps, it is best left for time to decide whether or not it was the right decision.

For his part though, he has been proactively working towards helping the company in keeping pace with contemporaries as well as taking company’s services and offerings to the next level.