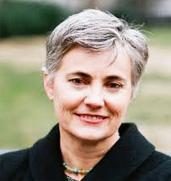 From "Wheels when you want them" to “The Internet of Moving Things” – Robin Chase’s journey as an entrepreneur has been one heck of ride. All that over and above the quintessential roles of wife and mother (of three children) – which she has assayed with perfection. More than an entrepreneur, Chase has been a visionary in every sense of the word. While her initial years were pretty much like those of any working woman, her later years – subsequent to her education at Wellesley, MIT, and Harvard, made her to work on some really revolutionary concepts that have not only redefined how we looked at living urban / rural from an economic stand-point but they have also helped in bringing about a sense of responsibility toward the environment – in at least a fraction of the world population. Her vision of green, shared transportation future, if and when it takes shape fully, will likely help reduce the burden on the planet and its people.

Robin Chase was born to an American Diplomat stationed in the middle-east. Being the child of a well to-do family (a white American one at that) brought in all the good things that life offered one in a developed nation such as the United States of America. Good upbringing, quality education, values, and much more.

After spending her childhood in the middle-east, she graduated from the Wellesley College and doing an MBA from MIT (Sloan School of Management). Then floated she went on to do study at the Harvard Graduate School of Design – courtesy a Loeb Fellowship that she won.

She started off her career as a Consultant for JSI in 1981 where she was to work for a decade before the role of managing editor for the Public Health Records for 3 years upto 1998. Then family life, raising children and their upbringing took precedence over everything else.

The spark and Prelude to entrepreneurship

It so happened that Chase’s daughter played often on a tyre swing with a boyin the Dana Park (Cambridge, MA). The mother of that boy happened to be Antje Danielson (a Harvard geochemist). The doting mothers had met at their kids’ school and the acquaintance was carried forward to Dana Park where they supervised their kids. They soon became friends and through the course of their conversations Chase had expressed her desire to make use of her business degree and about her entrepreneurial ambitions. Danielson reciprocated by expressing her desire to branch out of academia – may be start a business.Things seemed to fall in place and, one fine day in the October of 1999,after prodding from her husband, Danielson floated the car-sharing idea with Chase.

After a brief discussion and counsel with her husband, Chase agreed and they started in January 2000. The first car for the entrepreneurs – a green Volkswagen Beetle– went on road in June 2000 and by September of that year they had 12-15 members and about 400 customers.

The company was just two weeks away from closing a $1.3 million round of funding, when Chase realized a calculation mistake. Despite her immaculate planning and working out the business models meticulously, it turned out that, because of a miscalculation on Chase’s part, Zipcar’s daily rental rate was way too low. It was almost a fatal error – about 400 people had signed up, some of them perhaps had sold their cars.

Won the trust back – through honesty

But she pulled herself together and quickly got into damaged-control mode. It was a very bold decision especially for a start-up to actually inform all the members about the folly which would cost them about 25% more than what had been known to them. This Chase did through an email where she explained her mistake, and apologized and let them know that the company had to hike the price.Almost all of them agreed instantly as they had felt the pricing was too low and, while a few were disgruntled but eventually won over, the company prospered. But not everything was rosy between the partners and differences started to brew and reached a tipping point where Chase was fired as the CEO after a fruitless round of funding.

New avenues for the entrepreneur

But the entrepreneur in Chase wouldn’t this snub affect her. Chase began a 1-year Loeb Fellowship at the Harvard University in 2004 and honed her entrepreneurial design skills.

In 2005 became the CEO of Meadow Networks, an advertising firm that deal in wireless applications in transportation and continued in that post until 2009 and that is where she acquired the taste for internet and Wi-Fi towards a collaborative working model.

Along the way she also founded an online ridesharing community call GoLoco in the Boston-Cambridge area. The company took advantage of social networks, mapping, mobile phones, and alerts to help local commuters with their shared rides. Chase was its CEO until 2010 after which the company went defunct in 2011.

By 2009 Chase was already turning heads and making people wonder at the business model she had been propounding – and it was time she got recognized. Accordingly, she made to the list of Time magazine’s world’s 100 most influential people.

A year after her stint with GoLoco, Chase extended her transportation field expertise to bring about another concept called Buzzcar in France. The P2P car sharing meant that peers can be the cars of individuals, institutions, or governments. She considered it as the cheapest, fastest way to implement car sharing and get all of its benefits. (Buzzcar merged with Drivy.com in January 2015).

Finally, in 2012, her dream of building the largest vehicular mesh network test bed in the world was realized with Veniam based of Portugal. The concept aims at transforming a single function ‘dumb machine’ (cars) into multi-purpose devices that transport data along with people. Each car is turned intoa hotspotenabling drivers to share their wireless connection. The company operates off a box with three radio signals — cellular, Wi-Fi, and a signal that creates a wireless network between cars (802.11p).