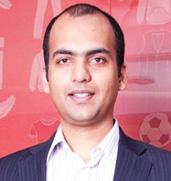 It seems to be the age of young turks everywhere around the world. Manu Kumar Jain, the India Head and GM of smartphone maker Xiaomi, joins the list of young entrepreneurs who have made it really count when the opportunity knocked their doors. While the likes of Mark Zuckerberg, Talmon Marco, Elon Musk, and the like had the ingenuity that helped propel them to successful heights through entrepreneurial pursuits, it was a shrewd sense of business coupled with sheer timing that have seen one of the youngest business leaders of India to succeed in his every endeavor. For example, although he did his B.Tech. from the famed IIT(D) and followed it up with an MBA from the illustrious IIM (K), it wasn’t until he actually worked for McKinsey & Company that he realized what’s to be made of his career, so he timed his exit from the world’s leading consulting firm well enough so as to join in the e-commerce revolution in India that had just begun to unfurl. This was followed by another smart move – to study a novel business model in a neighboring country so as to ascertain its viability in his own motherland.

The keenness brought him in contact with the right people and opened a window of opportunity that would allow him to pursue his plan of offering something very different and something that would impact a large number of people. And he did that – it was exquisite (almost iPhone-like) yet very reasonably priced – a trend that would soon go on to become the order of the day for most ODMs trying to make hay withthe one billion plus potential customers in mind. Manu Jain was not only able to drive the company’s India operations successfully, but he has been also able to see the company through some difficult times. All the signs of a top business leader in the making. He’s on the way to emulate (to some extent at least) his favorite super hero, the technologically advanced Iron Man withhis career so far treading a similar path to that of Iron Man: has been different in many ways, full of challenges, and quite a few associations that have been way ahead of their time in India (Jabong.com& Xiaomi).

Manu Jain was born in Meerut and went on to pursue Bachelor’s in Mechanical engineering from the Indian Institute of Technology (IIT, Delhi) in 2003. Right after graduating, he joined Genpact Headstrong as a Senior Associate. This stint brought him the much required exposure to computers and the experience also helped him gain insights into how the internet would become a big thing in the near future. This was very opportune for Jain because up until then he wasn’t much of a computer buff and would have, perhaps, remained so and, consequently, would not have done what he did in due course with internet as the pulpit for business.

The Genpact experience may have been the trigger which made him realise that he ought to learn a lot about starting a business and taking it forward successfully. Thus, to be able to do that, in 2005 he enrolled (no easy task!) for the PGDM course at the world renowned Indian Institute of Management (IIM, Kolkata) to get a hold on the subject of business management.

While pursuing his management degree at IIM (K), he did not leave the opporutnity of getting another MBA from ESCP, Europe (2006) – another top business school; and, to add more variety of learning to his repertoire, he did a summer internship (April 206 – Jun 2006) at Tata Administrative Services (Tata Teleservices).

After he was done with IIM (K), it was time for Jain to equip himself further with something more global and the much required business acumen. IIM (K) helped him in getting to the environment where he could all the knowledge, experience and perspectives warranted for effective business administration.

He joined McKinsey & Company (Zambia) in 2007 as an engagement manager so as to imbibe the benefits of a process-driven environment which would enable him to carefully evaluate business opportunities before taking the plunge as an entrepreneur. Being regarded as one of the best finishing schools, the half-a-decade at McKinsey and Company properly moulded Manu’s entrepreneurial bent of mind as he worked across multiple functions in sectors such as sales & marketing, retail, FMCG, and automobiles.

By the end of his McKinsey stint he was already looking forward to give vent to his enterprising self through Jabong.com.

While Jabong.com had already been co-founded by Arun Chandra Mohan, Lakshmi Potluri, and Praveen Sinha, it got the impetus when Manu Kumar Jain joined it as the co-founder. The company’s success with so much proven talent at the helm was unprecedented. Its business model coupled with a string of marketing strategies, and partnerships made it one of the most visited sites in India with whopping numbers of visitor traffic – and the company closing in on the billion dollar mark (on revenues).

In search of something different, useful for all

Having achieved great success with Jabong.com and being a part of the e-commerce revolution in India seeing its potential, he wanted to do something different, and something that would be helpful to many people. In the quest for such a thing he quit Jabong with the aim of starting Gynger which would provide best smartphone at the most affordable prices. Thus, he was curious to see how dramatically different online-only sales model which helped in selling almost at-cost worked, in October 2013 he went all the way to China (Beijing) to study the business model of Chinese smartphone maker, Xiaomi. He met the team of Xiaomi and gathered from them the nuances of their business strategy and tried to fit that in the India paradigm.

His curiosity that led to his meeting with the Xiaomi team and the subsequent India launch of Xiaomi with Manu as its country head and GM, are part of start-up folk-lore in India and elsewhere. But, what stands out is this:

He built from scratch the India team of 19 (initially) that started out of a small office in Bengaluru.

He was able to sustain the interest and, thus the demand, in Xiaomi’s phone through a series of novel marketing and customer connect initiativeshelping it capture the fifth place in the market in no time.

Appointed in June 2014, started selling in July and achieved a sale of 3 million phones in just a year

Initially through Flipkart only but now has spread so wide that it requires to sell its products through Amazon, Snapdeal, The Mobile Store, Airtel and its Mi.com store as well.

He successfully saw off the potentially disastrous litigation filed by Ericsson.