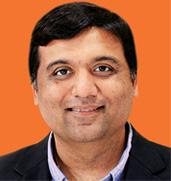 Naysayers and industry pundits aside, Vishal Mehta, the founder and head of infibeam incorporation, and his team seem to have an unflinching faith in their business model. Although it hasn’t been a roaring success, it seems to have enough water in it to hold much investor interest – if speculation is to be believed.

Infibeam’s story and that of its founder’s is truly puzzling in many ways. For, when Vishal Mehta chose to bring to India something that was still in its infancy back then (some say it was unheard of!), there were no takers for the idea. To prove that his idea was indeed practical and made business sense, he has to literally demonstrate them a full-blown implementation of the same – which he did, risking a lot his own money (well, almost all of it), careers – both his and those of his mates at Amazon who had joined hands to venture into entrepreneurship, and decided to sail in virtually untested waters.

Since it is always desirable to practice what you want to preach (so to say), Mehta and his team had the tenacity to first ply their trade(s) online themselves to be able to make people believe in the concept, which was quite alien to the country. Today, company has offices in Ahmedabad, Delhi, Mumbai and Bangalore, and has a total of 1300 employees catering to about 40 lakh visits per month by Indians who come to buy – as one Infibeam blog says – “everything from books to pressure cookers to instant dosa mix to mobile phones to feng shui products to chocolates to motorcycles and kids' laptops!”

Like most Indians who had gone abroad to study and make a life in the land of dreams, after completing his education from the Cornell University (Operations Research & Management) and MIT (Business Management), Mehta too got into good jobs at Dell and then at Amazon – working in technology, finance, and corporate development roles. Yet again, like most Indians – the question of whether to stay back (in the U.S.) or to return to their motherland with the aim of not only contributing to the growth story that was unfolding there but also make sure that they were not left out, started to trouble Mehta.

It was a twin-edged sword: do I let go off everything that I had earned – coming on the back of very good education and in a well settled role at one of America’s leading retailer – or I go back to India and give it back something, along the way making good business decisions for my own good.

He addressed this catch-22-like situation after he had completed five years of professional life and having learnt the tricks of the trade. He knew India as a market was opening up with a huge chunk of its middle-class willing to explore the online path.

When he came back to India around 2006-07, while the situation looked ripe for him to unleash his business idea. He went to Mumbai – the primary hub of all business and commercial activity in the country – to sell his idea to bankers and investors. He tried everything from pillar-to-post but none bought the idea of e-commerce.

Introspecting on his seemingly long and unending trip back to Ahmedabad (his native) from Mumbai – he deduced that since it appears mighty difficult to convince people to sell their stuff on his proposed online store, he and his bunch of friends decided to do it themselves – to be able to prove that it is worth exploring as it might be the way to go about selling in the future.

Mehta and team founded Infibeam in 2007 with Ahmedabad as the headquarters. It was always a two-pronged strategy:the idea being that Infibeam.com sold everything -from books and electronics to home and lifestyle products- and simultaneously, renting out to various brands the technology platform that powered the portal.

Being a thorough-bred, Mehta knew that relying only on Infibeam would be prohibitive, and that there were other aspects that the business could be helped with. Therefore, with the aim of empowering Infibeam, he made some smart acquisitions. In 2008, Infibeam acquired the digital catalogue IP & the online photoprinting portal – picsquare.com; and then in 2014, to further enhance the digital service delivery, the digital marketing agency, ODigMa was bought for a reported $5 million.

Up until 2011, while everything that was required to be done, seemed to have been done by Mehta and team to consolidate its position in the market, the potential value of his idea was yet to be unlocked. Mehta now went about doing the same by launching ‘BuildAbazaar.com’ – the technology platform that would power the online store of any retail brands

Mehta was both cautious as well as shrewd. Since there were so many unknowns about India as a market, Infibeam decided to first build a platform for a large retailer and then if that succeeded i.e. if they could it for one big client with big scale, offerings, operations, and transactions, then it will be quite easily done for all other smaller and mid-sized retailers.

This offering for merchants to build a platform to sell their products online worked and it is the primary source for revenue for Infibeam – with a reported turnover of around INR 10,000 Crores. The platform has 30,000 retailers building their own online stores and selling stuff.

Infibeam was self-funded and was so until its IPO last year. This in a way limited the scope of expansion and hampered its growth thus failing to capitalize on the early-mover advantage it had in India, with the likes of Flipkart, Snapdeal, and others surging ahead.

But Mehta is adamant that his business model built on funds from family and friends (and of course, a great chunk of his personal wealth at stake) is the way for Infibeam. His idea was simple – managing with bank finance that was straighter funding for running the operations. One of the key reasons behind this decision was, per Mehta, unlike a bank that wants its 13-15 per cent interest, the equity investor looks to have much more in returns.

Assessing the need to expand and offer services such as last-mile delivery (for which it started logistics arm) and further enhance its footprints in all types of offerings such as digital entertainment (Infibeam Digital Entertainment that has 26% stake from Sony Corp.) and so on, Infibeam contemplated to go public in 2015. It was the first e-Commerce company in the country to do so.

Nay…Infibeam’s idea of an e-book reader at best, was an inspiration from Amazon’s Kindle rather than trying to impersonate (so to say) or even remotely compete with it. Seemingly, Infibeam’s Pi, its successor Pi2, and a media device, were all intended to cater to a separate set of target audience but not to take on the retail giant’s offerings.

The man who started the e-commerce trend in India and set the path for many others to follow, may not be as widely spread as some of the other haves but what he has done is to make sure that the company has broken even when others are glaring at huge losses (despite amazing turnovers) and he is clearly not miffed at being pointed to have missed the bus – when he says, "Businesses are not built to lose money but to make money."