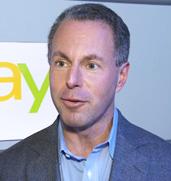 Adversities have been his constant mates since he was very young; and they don’t seem to relent. Perhaps he is the chosen one to be tested under so many trying circumstances. But he seems to revel in all of those and comes up trumps every time. So, when the board of eBay decided to elevate Devin Norse Wenig (the then President of eBay) to the post of CEO, succeeding John Donahoe, the mandate was clear. Wenig was entrusted with the responsibility of restoring order at the company, along the way – hoping, that he will also be able to bring back the past glory, and be able to win some lost ground to competition (which actually doesn’t exist, it’s only the market forces that perhaps have aided the emergence of other big e-commerce players)

If he had faced them with absolute determination and will, will he be any different when he is helming eBay? Investors, small-time sellers, and workers alike would like to believe no. Whether or not the demerger of PayPal will make it any easier for Wenig to take the fledgling giant forward – time will only tell. But, what everybody in general can expect from a man with such varied experience and capabilities is to definitely atleast stem the rot, if not turn-around the company’s fortunes in the near future. He is up for it and raring to go, as he has always been since the day his father died unexpectedly and young Devin was forced to take over the leadership of the company his father had founded – which did and steadied the ship before moving to his chosen subject - law.

As for academics, Devin Wenig holds a B.A. degree from Union College and a JD (Juris Doctor) degree from the Columbia University School of Law. He met his future wife, Cindy Lee Horowitz, at the law school.

As fate would have it, his chosen field of vocation was to be put aside for a while when things took a tragic turn owing to his father’s unexpected died. This meant that the responsibility of preserving his father’s company and carrying forward his legacy was put on young Devin’s shoulders – who was only 23 years old at the time. But he didn’t shirk or sulk and took over reigns of the company as its CEO and saw through the turbulent times. He even got a venture funding of $5 million for the company in due course.

Do what you love the most (Law)

When he was sure that it had come out of troubled waters and doing well enough, Devin entrusted the company into the hands of a capable professional manager and set about pursuing what he had chosen to make of his career in the first place – law practice- and joined the law firm, Cravath Swain & Moore.

After a brief stint with the law firm, Wenig joined Reuters in 1993 and went on to serve the company for eighteen long years in several positions. His first tryst with leadership (after the one he had assumed for his father’s pharma company) happened after he completed a decade at Reuters in 2003 when made President, Business Divisions – serving in that capacity for 3 years until 2006 when was again entrusted with greater responsibility as he was made the COO. Then after a couple of years he was made the CEO of Thomson Reuters Markets (Financial & Media Businesses) in 2008 – in which position he was to serve for almost three-and-a-half-years and gain much insights into the media and internet businesses.

John Donahoe, the then CEO of eBay, persuaded Devin Wenig to join eBay, which he did in 2011 as its President. While the journey wasn’t a whirl-wind success like his previous stints but what Devin was able to help the company achieve was that, at the time of his joining eBay had a customer base of around 90 million and that has constantly increased every year to stand at around 160 million by the time he was elevated to the top post of eBay in July 2015.

Of course, there will be naysayers who are already writing the company off – in terms being an acquisition target. But, what Devin Wenig knows clearly is that it is eBay’s business model that renders it the uniqueness, which is also a challenge as it, to some extent, limits that scope of offerings.

Devin, however, is not one to just sit back and let things take control of the situation. He is well seized of the challenges as well as the opportunities that lie ahead and he has already put into effect initiatives to bring back the glory days of eBay when both the company as well as the people who benefitted most from it – small time sellers of antiques and unique items, as indeed the investors who seem to have lost a bit of patience recently (at least until Wenig became the CEO), were happy. Given his capability and proven track record, one is tempted to believe that Devin Wenig is the man who can turn around the fortunes of eBay. Whether or not he can do it, only time will tell – but regardless of what happens, Devin Wenig will always be someone the young and aspiring entrepreneurs-to-be can look upto for inspiration.