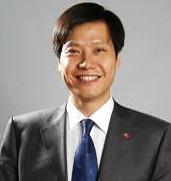 Lei Jun, the savvy technocrat-cum-shrewd businessman, knows the pulse of his market very well, and accordingly plays his cards. From creating and engaging with MI online communities and offering flash sales to hosting unique events such as periodic festivals for brand-MI followers (who’d like to call themselves as MI-Fans) to even throwing parties for them in expensive night-clubs-- apart from, of course, creating one of the best and cheapest smart-phones, he has turned the smart-phone market on its head. And all of that has led to Xiaomi, the company he co-founded, becoming the world’s third largest smartphone manufacturer—behind only Samsung Electronics and Apple Inc.—in a mere five years since its inception(Founded in 2010). Besides, it is now also the world’s most valuable private tech start-up.

Born Dec. 16, 1969 (Xiantao, Hubei province, China)Lei graduated from Mianyang Middle School in 1987 and completed his bachelor’s degree in computer science from the Wuhan University in 1992.

Enterprising all the way…

After completing graduation in 1992, he joined Kingsoft and helped build it Beijing branch. The company was until then primarily into developing word processing software. Lei realised it wasn’t going to sustain nor was it going to bring in appreciable profits, especially in the face of proven and leading players in the market.

So, the leadership qualities were there for all to see and this eventually lead him to become the president and CEO of the company.

The businessman and investor…

While he was seeing Kingsoft through the difficult period as its chief, he also founded an online bookstore called Joyo.com in 2000. This seemingly insignificant happening went on to become a much priced asset for Lei Jun in about four years. Joyo.com was bought by Amazon in 2004 for a then desirable price tag of USD$75 million.

He successfully saw the public listing of Kingsoft on the Hong-Kong Stock Exchange in 2007, and right after that he resigned from Kingsoft.

This was the right time for him to make good of the money he had earned from the sale of Joyo.com, which he did by investing in Vancl.com and UCWeb – in 2007. This was the beginning of a spate of investments for the young and enterprising lei Jun who, by the time Xiaomi was founded, had invested in no less than 20 companies encompassing e-Commerce, Mobile, and Social Networking.

All of this he was able to do after he had conceptualized the idea of Xiaomi, which was co-founded with tech wizards from Google, Microsoft, and Motorola joining hands with Lei. Founding it was easy as he was already into investing a handful of technology companies and, therefore, well equipped.But, it wouldn’t have been easy for to take those steps if it wasn’t for him experience of not being as successful as he would have wanted to at Kingsoft, where he realised something was missing. At least a few things that would propel Kingsoft to the glory it deserved (in his view).

So, he set out with three things to invest in – Smart-Phones, e-Commerce, and Social Networking.

With that as the backdrop, Xiaomi was founded in April 2010. The company was able to capitalise on a massive gap in the Chinese market with the smartphone business just ripe in emerging markets as millions of new consumers began searching for their first handset.

The fact that western brands were already present didn’t matter much because they tended to be too pricey for in China where it is said knock-offs and fakes ruled the roost.

So, under such fertile circumstances, Xiaomi launched its first handset in 2011, claiming that it was faster than the iPhone - and half the price. The Chinese, who always seem to prefer the middle-path, accepted this slightly toned-down version of the iPhone with open arms.

Another strategy was selling the hardware at cost and then monetizing through software updates (which were released staggering frequency of almost every week). This primary strategy coupled with savvy marketing and sales techniques lifted the sales of Xiaomi (registered the highest sale in day for any smart-phone on the first day of online sales).

It wasn’t a surprise that in a mere half-decade, Xiaomi was able to replace the Samsung and Apple in the Chinese smart-phone market.

The rise and rise of….Xiaomi

China was conquered (so to say), it was time for Lei Jun’s Xiaomi to explore other frontiers. What better avenue than the equally fertile and gigantic land of India with a matching population with an inherent penchant for economy over perfection. So, Xiaomi debuted in India in mid-2014 and has already created ripples in the market there as well. The company plans to make its mark in the Americas as well – and, if history has any say, Xiaomi will be successful there too.

No wonder the company was valued at USD$45 billion – taking Lei Jun’s (77% stake in Xiaomi) net worth to a whopping USD$35 billion. Not only that, Xiaomi today is just behind Samsung and Apple in the global smart-phone market.

Kudos to the vision and leadership of Lei Jun.