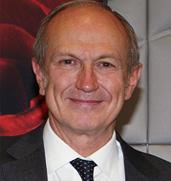 Entrepreneurs – over and beyond the quintessential wisdom (or the so-called business acumen) have many attributes that define them. Some have great leadership skills, some have great vision and clarity of thought, some are possessed of tough inner self to be able to face all kinds of adverse situations, and some have the capability to take a team along really well. Jean Paul Agon the CEO of L’Oréal – the world’s largest beauty company ($29 Billion revenues as of 2014, more than 50 brands under its stable), has all these attributes in equal measure. But what stands out (without undermining the rest) is his ability to excel in times of adversity.

In fact, his career, even after he became the CEO of the company, is a showcase of someone who has almost always sailed against the stream. Be it assuming responsibility that appeared odd and risky, to spending heavily when austerity was the order of the day – all done with a greater foresight and conviction than anybody else had. It is these qualities with, of course, the man’s enterprise, have led L’Oréal to become one of the most endorsed and trusted beauty and personal care brands in the world – and all of it despite the niche it plays.

He has defined a new type of leadership globally as well as for the company itself. For example the approach towards acquisitions where his predecessor, Lindsay Owen Jones wanted brands that the world knew, Agon wants brands that he can nurture and make huge around the world. This is one of the many things that Agon does differently and excelled at it.

Agon (born 6th July 1956) was only child of his parents. His father was manager with a pharmaceuticals company and his mother was an architect. This fact had its benefits on young Jean-Paul while growing up in Paris – as it afforded him the very best that life can offer: good upbringing, quality education, and a clear understanding of life, in general. He went on to graduate from the prestigious business school, HEC (École de Hautes Études Commerciales, or HEC Paris) amongst whose alumni is the current French president, Francois Hollande and many stalwarts of the French industry.

Agon was recruited by L’Oréalfrom HEC in 1978 and started off as a product manager. He accepted the offer because the job entailed international travel – something he had always wanted to do even since he was a child decorating his rooms with maps of various countries he wished to visit. After 3 years, there presented an opportunity which was both challenging as well as exciting.

Exciting because it took him outside of France for the very first time. But it was more than challenging as it was a posting that several others had turned down. Why? Because it was L’Oréal Greece and it was struggling to stay afloat. Agon wasn’t to be awed by it and lapped-up the offer when he was appointed General Manager of L'Oréal Greece. In the four years he spent there, he did enough for a turned around thereby also laying the foundations of a solidbusiness.

What followed Greece were a spate of responsibilities across the globe that were faced with challenges from basic to severe, Agon saw the company through all of them (to the extent his position warranted). Like remodeling Biotherm (1989), and then the situation in Germany in 1994 when so much uncertainty prevailed as a result of the unification (of Germany) as well as a general slow-down in the market. But he converted this challenge into an opportunity through strategic initiatives such as acquiring Jade (German cosmetics company) – which was his first taste of major acquisitions.

The leadership in the face of adversitybecause he’s ‘Worth it’!

These exploits under times of distress across different locations made him not only a worthy candidate but also the right man to be entrusted with the responsibility of setting up and heading the L'Oréal Asia Zone in the midst of a full-blowneconomic crisis -no mean feat any which way you look at it.

Then a series of senior leadership positions (including the most successful one in the US) followed in the next decade after which time was ripe for the ascension of Agon to the Global CEO position which happened in 2006, again when the world was about to enter into an economic melt-down. But, being an explorer at heart, Agon didn’t shirk and took the difficult path of re-invigorating the company through measures that were anything from inane to wildly shocking such as opting ‘universalization’ as opposed to ‘globalization’, increasing the ad-spends, R&D spends (Out of a workforce of 78,600, it employs 3,500 people in advanced research, focusing on areas such as the biology of skin and hair, and stem cells), and diversification to various countries with relevant products and strategies so as to find its feet there easily.

He was subsequently (March 2011) made the Chairman & CEO of the company which further vindicates that the man’s rigor, energy, and vision and treasured by the company and he is unlikely to relinquish the post any sooner.

With his pet formula or dictum of Universalization meaning (in his own words) ‘it’s not always the same products, it’s definitely not the same formulas but it’s the same brand, the same vision of beauty, the same psychographics in terms of consumers, but it is adapted to the local needs because a woman in Rio doesn’t have the same needs or desires or dreams as a woman in New York or Shanghai or Mumbai, so you need to have big brands that have a global appeal and a global equity. But then you need to be able to adapt the brand continent by continent,’ – he continues to spearhead the company forward towards an environment-friendly world of beauty and personal care.