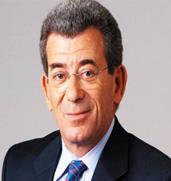 When he joined Sodexo as Chief Operating Manager for Eastern Africa, Libya, and Algeria, Michael Landel didn’t think -even in his wildest imaginations- that one day he would be heralding the company with more than 4, 00,000 employees spread wide and long across 33 countries into the 21st century, as its group CEO. But as fate would have it, he did and along the way, he also became the first non-family chief executive to run the $20 billion family-controlled business. This coming on the back him joining the company because the nature of its business: all that mattered to him at the time was that it was operations-oriented with strong values, and was also international to boot!

Landel was born (1951) in Meknes, Morocco to a Russian mother and a French father. The family moved to the Burgundy region of France when he was about six years and that is where he grew up. His background was multicultural, and so was his education. He graduated with an MBA degree from the European Business School, which included time spent studying in France, England and Germany. This multi-national experience was to serve him well in the times to come when he would become the global head of Sodexo.

Landel’s career began with house painting when he was barely 14. Although that was more of a casual indulgence than for subsistence, it laid the foundation for a career laden with hard work, determination, focus, and passion (and, of course, chance), all of which were concocted to improve the quality of life – that of his employees and of people in general.

His professional career began as a financial analyst with Chase Manhattan bank in 1976 right after he finished his MBA.He was deputed to work at the UK and Ivory Coast facilities of the bank.

Then he switched to an industry totally different from what he had done. In 1981, he joined Poliet– the construction engineering company – in this 4-year stint, he managed a factory in Lorraine.

Then in 1984, it so happened that one of his friends mentioned about this family-run business called Sodexo. This small-talk (so to say) with the friend had a dramatic bearing on Landel. For he decided to join the company with multiple traits: of extreme interest and attraction to Landel. When he joined Sodexo in 1984, he was entrusted the role of the Chief Operating manager of Easter Africa.

More than anything else, it was the operational side of the job that attracted him the most. And he took to it like duck to water and the rest, as the clichéd saying goes, is history. Today his stamp is etched forever on the Quality of Life services (provider).

The enterprising self of Landel is manifest in the early career decisions he took – right from painting houses to finance, to construction to finally a food services business.

By the time he joined Sodexo, he was already well-travelled. This minor aspect would also serve him well as he was drafted to look after the entire African region as a director for half a decade followed by several other African and North American countries.

In 1989, he was entrusted with handling the operations of North America (as director). This stint in America that lasted for almost 17 years helped him realise his full potential and deliver wonderfully well, and which eventually led him to become the group’s Global CEO in 2005.

Through the course of his America roles, he assumed many critical positions such as CEO for Sodexo in North America (1999), and Vice-Chairman of the Group’s Executive Committee (2000) and worked to build Sodexo’s position there including driving the 1998 merger between Sodexo and Marriott Management Services (then the number one foodservices company in the U.S.). Similarly, under his leadership, Sodexo became the market leader in the continent, where today the Group reportedly generates about 41% of its revenues and is the largest French employer, with 132,000 people.

Call it a bane or a blessing in disguise for the company, by the time Landel was elevated to group CEO of Sodexo in 2005, the company had been recording losses for two consecutive years.This made Landel realizethat despite the specialization and expertise, the company cannot afford to play niche and needed to diversify in order to address the ever-changing requirements of an increasingly global business world. So, he started to diversify and expand the group services into areas that were hereto alien to it.

He brought in a spate of measures in the decade or so of his elevation to the top post so far, that have transformed the company; some of it is captured below:

Between 2005 and 2013, Sodexo strengthened its international presence, particularly in emerging market countries

For eleven consecutive years, Sodexo has been recognized as the leader for its industry sector in the Dow JonesSustainability Index (DJSI)

Through its proactive efforts in favor of diversity, Sodexo has increased the proportion of women leaders in theorganization from 17% in 2009 to 27% in 2013 exceeding our goal of 25% in 2015

He continues to champion some very serious social issues such as hunger, malnutrition, food waste (through the STOP HUNGER programme); he is committed to diversity and inclusion which earned Sodexo the number one rank (2013) and number two rank (2012) on the DiversityInc business index of Top Companies for Diversity & Inclusion