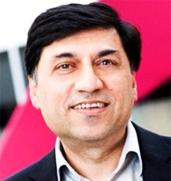 When Rakesh Kapoor, the all-successful CEO of Reckitt Benckiser, was pursuing his engineering from BITS Pilani, (India) playing a game of bridge seems to have acted as an additional teacher. For it helped him hone skills such as communicating well, trusting partners and staying ahead of rivals, which have stood him in good stead. Perhaps that is the reason behind him being so strategically strong coupled with the ability to rally the troops behind what he wants to implement, thus helping him to grow from humble beginnings in the north Indian city of Bareilly to be head of the world's fifth-biggest household goods maker.

Nonetheless, filling in the shoes of a predecessor who had done wonderfully well for the company was a mammoth task. No one expected him to fare well – in fact the sentiment was so negative that when Rakesh Kapoor became chief executive of Reckitt Benckiser in 2011, the UK consumer goods company lost £2bn (market price plummeted by about 8%).But Rakesh Kapoor knew what he needed to do and how – as he vowed to himself that he would make sure when he left the company, his successor does not have to go through the same miserable feeling that he did. (Of course,within three weeks the shares had recovered – and today, they are nearly 80 per cent higher). He chartered his own path and had delivered in a manner that no-one expected him to. He could do so with flying colors because he learnt a lesson very early in life that it’s very easy for people to be happy with what they have unless one keeps pushing the bar up. And, he continues to implement this dictum in every part of his life.

Rakesh Kapoor, born August 4, 1958, in Bareilly (U.P, India), had his schooling from The Modern School, New Delhi. The shrewd sense of purpose and a very pragmatic approach to life – manifest in two events in his life-- are facets that have helped propel his career to the heights he is at today. The occurrings being 1) He apparently took a degree in engineering, not because he liked it but because engineers got decent jobs, and 2) He decided to pursue MBA: because, very simplistically, MBAs got even better jobs than engineers did.

Thus, he did his Bachelor of Engineering (Hon.), Chemical Engineering from the famed Birla Institute of Technical Sciences, Pilani (India)which he completed in 1980, and followed it up with a Master’s in Business Administration, Marketing & General Management, from the equally illustrious XLRI, Jamshedpur, where he graduated out in 1982.

When Rakesh Kapoor finished college in 1982, he had landed two offers: one was from Reckitt & Colman (as RB was known back then before the merger with Benckiser) and the other from a software services company called Network Ltd., in New Delhi (part of HCL Group of companies which was itself an unknown commodity in those days).

It would have been tempting for any youngster his age at the cusp of a professional career, to get carried away by the offer from a multi-national company. But not Rakesh Kapoor. His entrepreneurial instincts as indeed the lesson he had learnt that something that is easily gotten is not really earned, helped him take the decision to join a much smaller and relatively obscure company. This allowed him to put to test his skills and education which he did for five years before it started to make him feel the need to stretch himself more. So he sounded out (so to say!) Reckitt & Coleman for a job and they brought him on-board.

The jump up the ladder starts…with Reckitt Benckiser

To the coveted (?) position

It took most by surprise when the board of RB decided to elevate Rakesh Kapoor to the post of CEO. In fact, as reported above, it wasn’t well received at all. It was baptism by fire. The shares tanked on the FTSE – shearing £2bn of m-cap of the company along the way. It wasn’t very auspicious for this austere man. But, he recouped and did what men made of sterner stuff do.

He brought his own style of thought-leadership and decision-making and initiated a series of changes and innovative actions. All these initiatives resulted in the company rebounding from the losses and even outperforming the market which had slumped a bit.

Today he is unquestioned and continues to take RB on the path to success in an era of business transformation and continued digital prominence – with the perspective gained by seeing first-hand that poor health is a real social and economic burden for people. That is why he says healthier lives and happier homes matters to him, and that it matters to RB’s consumers, customers and employees.