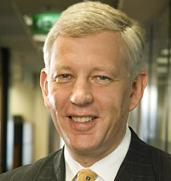 This is a brief peek into the life of Dominic Barton - a small-town Canadian farm boy who grew up to lead the world's most influential consulting firm (McKinsey and Company). The tale is quite interesting. As if willed by providence (so to say), Barton was only one of the six people (of about 200 of them) from his high school that went on to attending college. And this group of six driven and highly motivated individuals is said to have such synergy and camaraderie within that it helped push each other up the life’s curve.

Like we said, perhaps by natural selection again, he was thrown into circumstances where he was tested thoroughly – his will, perseverance, and quality were severely put to test and, in which, against all odds he came out with flying colours each time. His principled upbringing, top-of-the-shelf education (An Oxford Graduate courtesy a Rhodes Scholarship), and his tenacity and the will to never give-up besides, of course, his very unique style of leadership – were put to effective use in him, eventually, becoming the global managing director of the only company he worked with (or was associated with) throughout his life.

Barton was born (1962) in Kampala, Uganda, when his parents were teaching and nursing there. He wanted to follow in their footsteps. But things changed when the family shifted base to Chilliwack, British Columbia (Canada). His childhood and especially the learning from his father, a clergyman (while in Canada) were to have a profound impact on how Barton’s future is going to be. It is said that, he quite literally followed the opposite of what his father (and many of his mentors years later) asked him to do – which is getting into the arena and doing it oneself, rather than talking about what people should be doing from aside.

This go-getter mentality would serve him rather well throughout the rest of his adult life and thereafter, as he was put to continuous tests at each step of his professional life.

All that happened much after he had studied graduated from the University of British Columbia with a BA Honours in economics and followed it up with an M. Phil., from the Brasenose College, (Oxford University) where was a Rhodes Scholar.

Barton had announced right after his graduation in 1983 what he wanted to make of his career and how he would take it forward. He had said “I'm particularly interested in economic development and I'd eventually like to work in the area of Third World development.”

He joined McKinsey in 1986 after a brief stint as a currency analyst at a London investment bank. But the roller-coaster ride (almost) was about to start for Barton. He had already spent almost six years and couldn’t get himself made partner even after two attempts. This meant that it was about time they let go off him, as was the rule. Several reasons were attributed by the powers-that-be including not possessing problem-solving skills, not direct and not confident when dealing with clients, etc. none of which could be more absurd. It was just that when it came to solving clients’ problems Barton approached them differently. But, he somehow made it through the third time and resolved unto himself that he is going the raise his bar above that of McKinsey, which he did, quite differently again.

The turn of events

He became a partner alright but what next? He himself stated that the period after becoming a partner, in due course, was turning out to be a rut [sic], and, being a DOER, he didn’t like it. But before things could get really vexing for Barton, an opportunity to showcase his consulting expertise came knocking his door. It is said that the McKinsey office in Seoul (South Korea) was in dire need of a senior partner.

Barton thought this to be the window of opportunity he was looking for to prove to everyone what he was really capable of and also raise the bar above that of McKinsey’s (as he had told himself during his initial period when he it had proved difficult for him to find his feet).

He agreed to assume the responsibility – much against the wishes of his family and against the advice of many a mentor.

Barton was already a globe-totter, much before the Korean assignment came knocking his way (He was raised in Africa and British Columbia, and has lived on four continents). But, what it did was to reinforce the fact that Barton was quality and it shone through with the entire assignment being a great learning experience for one and all. The East-Asian crisis (that unfolded just after three months since his arrival into Seoul) also helped facilitate the expert banking skills that Barton had to exhibit. He did and how. Throughout the crisis that engulfed many institutions, Barton emerged as the leading banking adviser in the country. McKinsey pretty much redesigned South Korea’s banking system, shutting down and merging institutions and devising new regulations. The results were there for one and all to see and the efforts were noticed and appreciated by the country’s statesman. It is said that, to this day, Barton is a close friend and adviser to Korean president Lee Myung-Bak.

The Asian stints - South Korea and later in Shanghai (China) – spanning all of nine years from 2000 – 2009, were life-defining for Barton. In the process, he re-invented himself by getting to know the people, processes, and practices of each country, city, and region he worked in, and moulded himself, his work-culture and, accordingly, the deliverables. Along the way, he lived like the locals – ate like them and where they did, feel like them and, importantly, think like them.

These two experiences lead to instilling the much-required confidence in the 400-odd senior partners (directors) of McKinsey & Company to think about handing over the reins (so to say) to the proven and demonstrated capabilities of Dominic Barton to take the company forward successfully in the 21st Century. He assumed the role in July of 2009.

As Managing Director of McKinsey & Company

He is well and truly seized of the challenges and opportunities that have been brought in by the turn of the new century. He knows exactly what the situation is going to be like in the face of so much transformation happening all around the globe, and also understands the kind of different leadership with a transformed thinking that is required to take businesses forward. In his own words, “The leadership requirements of the next 10 years are going to be very challenging and, to some extent quite different from the past. We are living in quite turbulent times; we all know that. I think what’s more critical to understand or at least accept is the big tectonic shifts, if you will, gravitational forces underway. The rise of the east or of the emerging markets versus the west. The plethora of technology and what that’s doing, the disruptions, the opportunities and so forth that’s going on which we are seeing on a day-to-day basis, the ageing population, the scarcity of resources – each one of these is massive in itself, and they are all happening together. So, I think we have to accept that we are living in a very volatile period in the new century.”

Accordingly, he has major changes in the way McKinsey thinks and works while retaining the almost-century old fabric of McKinsey & Company intact.